Getting To Know... Martin Weston

Getting To Know... Martin Weston

His new single 'Loose Knit Heart' is out now 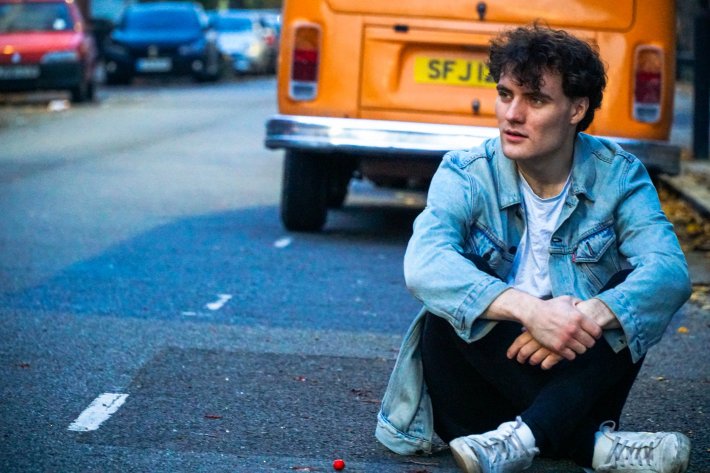 Channelling the same vibrant direction as acts like KAWALA and Nick Mulvey, 'Loose Knit Heart' makes for an incredibly warm return for the artist. Jam-packed with soaring textures, top-to-tapping hooks, and his own captivating voice at the helm, be prepared for this one to slap a smile on your face from start to finish.

The guitar. Seeing the the Johnny B. Good moment in Back To The Future as a kid is one of my strongest, earliest musical memories. I remember leaping up and rushing into the kitchen to tell my Dad about it and how amazing I thought it was.

I didn’t have a TV as a kid, so I was actually a bit cutoff from the latest popular culture. So I actually ended up getting hooked first on the US folksinger Woody Guthrie and, after Back To The Future, Chuck Berry. I’ve always liked that because of this I ended up absorbing two of the artists that were the biggest influences of the Beatles and Bob Dylan respectively. Kinda cool.

The first one I asked my parents for was Blink-182’s self-titled album. I think by this point I’d twigged that it was very useful socially to know the songs my friends were into. It’s great music for a teenager too. So carefree but also very cynical and introspective.

Of course I should say something masterful like It’s Alright Ma I’m Only Bleeding by Bob Dylan or Case of You by Joni Mitchell, but I’d actually go for Dakota by Stereophonics because how fun would that be to scream that live to 50,000 people?

I have been listening to a lot of pop for the past year or so, so all of the Swifts, Grandes, Eilishs etc. But I also went back to JJ Cale recently. Noone creates an atmosphere like him.

Opening for Bruce Springsteen would be amazing, but also scary because his shows are less concerts and more significant natural events like earthquakes or meteors.

Playing music to other people. Sometimes I overthink music and second guess myself. When you play to other people you get a kick of adrenaline that allows you to cut through that for however long the song lasts.

The second guessing. The doubting. The fact you have to do something is quite silly and strange when you think about it. You make up these phrases that capture ideas and give them melodies and accompaniment and then hope people listen and enjoy. So best to not think about it because it’s actually very natural.

Anything along the lines of enjoy it, keep going, and don’t overthink it.

Martin Weston's new single 'Loose Knit Heart' is available to stream now. Check it out in the player below.

7 hours 37 min ago With his highly-anticipated new album dropping early next year, Miles Kane has now unveiled the n

7 hours 30 min ago Just when you think the indie-rock scene has reached peak saturation, an artist comes along and f