Getting To Know... Mat Hunsley

Getting To Know... Mat Hunsley

His new single 'Backward Steps' is out now 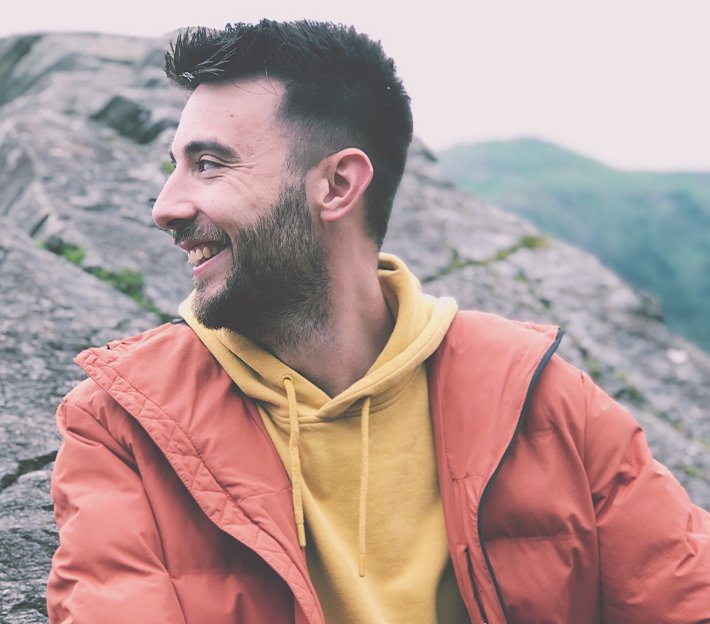 After delivering his highly-praised and much-loved debut EP 'To Being Free' five years ago, Newcastle-based singer and songwriter Mat Hunsley has made his long-awaited return with the wistful new single 'Backward Steps'.

Channelling more of that smooth and atmospheric energy he was first noticed for, 'Backward Steps' sees him return in fine form. Filled with a sweet and sweeping direction, shimmering production, and his own vibrant voice at the helm, we certainly hope he doesn't wait this long to release something new again.

My main instrument is guitar. Inspired by the likes of The Kooks and Fratellis (and convinced I would become an indie rock prodigy in turn), I had a handful of guitar lessons in my late-teens. I promptly asked for an electric blue Yamaha Pacifica for Christmas and was overjoyed to find a suspiciously shaped parcel under the tree that morning. Being a typical teen with a typical teen’s attention span, it wasn’t long after this that I stopped the lessons and took to teaching myself. The result of these dabblings is a ‘fluency’ in guitar that is...unique. Nowadays I tend to play guitar in tuning that is helpful to no one and am almost completely devoid of any sort of musical vocabulary with which to communicate my ideas. It has been a fun way to learn though.

I didn’t really develop a passion for music until I was in my mid-to-late teens. Prior to this I listened to whatever my parents did. We weren’t a particularly musical family and were much more likely to be caught devouring hour after hour of Harry Potter audiobooks than listening to albums.

That being said, we had a handful of family favourites stashed in our CD changer in the boot of the car (remember those…!) and spent many a journey enjoying listening to the likes of New Radicals, Elbow and Supergrass. There was definitely at least one magical summer when we must have nearly worn through ‘Waiting for my Rocket to Come’ by Jason Mraz. Good times.

Since music became a fundamental part of my life I have been heavily into indie folk and predominantly acoustic music. I used to have an incredibly pretentious (but excellent) playlist called ‘Small But Massive’ back when Spotify first became a thing. It was essentially an homage to everything made or inspired by Bon Iver. Discovering Justin’s work opened my eyes to how beautiful music can be. From there I quickly moved on to Ben Howard, Nathaniel Rateliff, The National, Grizzly Bear...anything I could get my hands on really.

The first album I remember owning myself was ‘Songs About Jane’ by Maroon 5. Santa brought me it for Christmas. Possible on my mother’s request. Regardless, Sunday Morning will always be an absolute bop.

Difficult, difficult question. But I would probably say ‘Shroud’ by Nathaniel Rateliff. Ticks all the boxes for me. Simple structure, beautiful progression, heartfelt lyrics, powerful delivery. Nathaniel’s work is a massive inspiration for me.

I have no rituals in truth. The only habit that comes to mind is a bad one...procrastination. Most of my songs start on an acoustic guitar. Often I create a progression or pattern that I like and then repetitively play this isolated segment on loop for weeks (or months) before finally completing the idea. My songwriting process has gradually become slightly faster with time, but it's still not an efficient one for me.

Nowadays my musical obsession has grown into a completely different beast. I consume a massive variety of different genres and every week is a bit different. But if I look at this week specifically, I’ve been hitting the new Jordan Rakei hard, getting my funk fix from MF Robots and marvelling at Silk Sonic. It’s been a good week.

Rateliff. No doubt. Not only do I love his music, but his home town show is Red Rocks, Colorado. Is there a more beautiful venue in the world? I’m not sure that it is in my book.

For me, the most rewarding part of being a musician is when someone reaches out after hearing your song and you get to hear what it means to them. I write pretty autobiographical stuff and of late a lot of my work has been my reflections on mental health. When I hear that those songs have resonated with somebody’s own experience it feels really good.

The other most satisfying thing about being a musician is that feeling when a song just falls out of you in one sitting. Nearly all my songs are ground out over a period of time and it's rare that I write 'a sneeze'; where everything comes out in one go. But my goodness, when they do it feels great!

‘A sneeze’ barely ever happens.

Probably ‘try not to take it too seriously’. This is something I struggle with, but it’s definitely excellent advice. As an independent artist, making and releasing your own music can easily take over your entire life. I personally find doing all of that alongside my full-time job to be near impossible and it definitely takes a toll. I spend a lot of time comparing myself to my counterparts and ruminating about the number of plays, likes, shares and mentions I get, as if this is the only measure of success. But it isn’t. My friends and family remind me of this every day. ‘If you’re proud of what you’re making, that’s all that matters’. Fantastic advice for any creative person.

Mat Hunsley's new single 'Backward Steps' is available to stream now. Listen to it in the player below.

18 hours 24 min ago With the preparations for next year's event already well under way, Slam Dunk have now unveiled t

16 hours 26 min ago After spending the last few months churning out a broad and shimmering array of delights, Rotterd