Getting To Know... Matt Saxton

Getting To Know... Matt Saxton 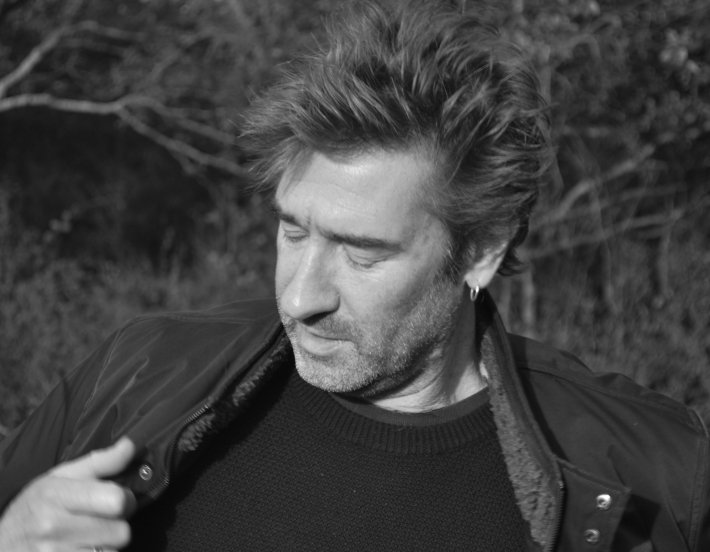 Following on from a flurry of rich and spellbinding efforts over the last few years, London-based singer and songwriter Matt Saxton recently returned to deliver his breezy new offering 'It's Only Now That I Know'.

Channelling a wonderfully warm and embracing indie-rock direction from start to finish, 'It's Only Now That I Know' makes for a brilliantly enticing listen. With his smooth and vibrant vocals riding a bed of sweet and soaring production throughout, he is really making the most of his long-awaited comeback.

Although I first learnt to play the clarinet as a kid, it was the drums that I first fell in love with. I wanted to play like Keith Moon! Of course I never did actually achieve that but I did learn to play them and spent many years in bands as a drummer. I then fell in love with the guitar and piano.

My older brother was a big fan of The Who so I grew up listening to all of their albums. While I did listen to the music in the charts, I was mostly getting into albums like Quadrophenia and Who’s Next. My parents had a small record collection but there were some real gems in it including albums by Leonard Cohen, Crosby Stills Nash and Young, Cat Stevens as well as classical composers like Mozart and Beethoven.

It was so long ago I can’t exactly remember! As a cheapskate, I used to tape a lot of the albums my brother would buy as he had a great taste in music! I think it was probably a David Bowie album I first owned. Not one which was out at the time but something from the 1970’s like Heroes.

Good question! There are so many from artists like The Who, Neil Young, Bowie and Leonard Cohen. If it has to be one, then I will choose Old Man by Neil Young.

Not really, I just keep playing around with stuff until something sticks. I try to play the guitar and piano each day. I do though first need a subject matter to write about to kick start it all off and that can take a while to come to mind.

Apart from all the “all timers” I have already mentioned; I have been listening to John Grant’s first two albums a lot and Midlake especially as they have a new single out. I have also been going back to those great Screaming Trees albums and remembering Mark Lanegan. I listen to BBC 6 Music which is of course brilliant for old and new music.

Firstly, the process of writing and recording a song and secondly when it connects with an audience however big or small.

All the stuff you need to do to find an audience!

It is from my old friend and successful musician Tom Baxter, “keep it real, that is all we can do”.

Matt Saxton's new single 'It's Only Now That I Know' is available to stream now. Check it out in the player below.

Matt Saxton · It's Only Now That I Know

9 hours 47 min ago With her eagerly-awaited new remix EP landing next month, Bess Atwell has now shared the next cut

12 hours 42 min ago After an astonishing run of form throughout his releases over the last decade, South African sing