Her debut single 'Unexceptional' is out now 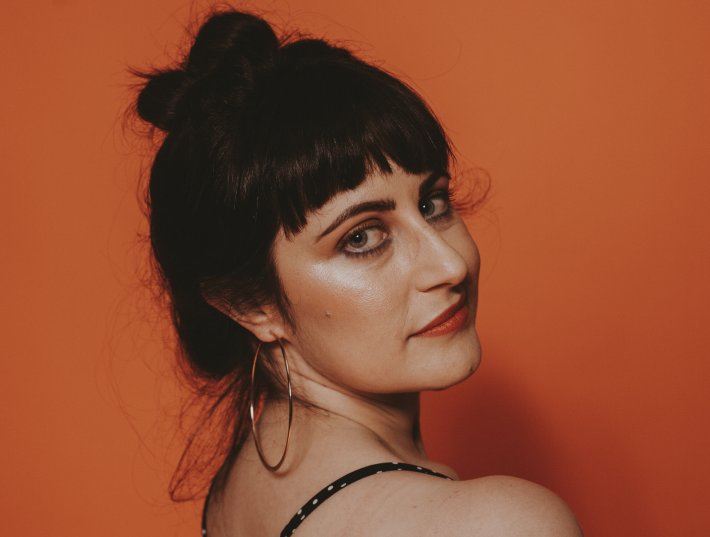 Channelling a smooth and vibrant RnB-inspired aesthetic, 'Unexceptional' makes for a powerful introduction to her sound. Filled with shimmering production, killer grooves, and her captivating voice layered throughout, it already feels like she is onto something very special with this one.

So with the new single doing the rounds, we sat down with her to find out more about her origins and what has inspired her most over the years.

My parents put me in music appreciation classes when I was really small, and I seemed to gravitate towards the french horn! But really, I was always most excited about singing! I cannot remember ever not singing, and I have literally never shut up. I can play guitar and keys in a very rudimentary way, and I am trying pretty hard with the flute right now, but singing is always my best love.

Oooohh, I am obsessed with the permission to lurch back into the past with this question! When I was a kid I was very, very into RnB. Monica, Floetry, Groove Theory and Lauryn Hill were on repeat in my little pink bedroom. I have vivid memories of singing Waterfalls by TLC at a school talent contest, as well, so they would have been pretty high up on the list, too. I also remember my parents blasting Very Necessary by Salt n Pepa in the car on road trips, and I was in love with that record. Still am!

Outside of RnB, I tended towards powerful female alt musicians, like Tori Amos, Alanis Morissette and Hole. But I also loved anyone with cheeky lyrics - I was a huge fan of Ben Folds Five for this reason!

Oof, that’s going back a while! I want to say Daydream by Mariah Carey? Although it was probably my dad’s... I do remember it was a CD, though.

I swear every time I hear a great song I think, “Damn it, why didn’t I write that??” But I think that the one that sticks out to me is Paper Tiger by Beck. That is my all time favourite song and every time I listen to it, I swear I could cry. It’s so, so beautiful and perfect to me. I have a tattoo of some of the lyrics, so if I couldn’t have written it, I need to absorb it into my skin, I guess?

Does procrastination count? That’s definitely something like a ritual for me.

The producer who is working on my EP introduced me to Raveena last year, and I haven’t looked back on that hot tip! To round out a top 5 of “the moment” (I have to limit myself in some way, right?) I’ve also been listening to a lot of Shungudzo, Babe Rainbow, Khruangbin, and H.E.R.

For what it’s worth, I am already wishing I had given myself a top 10 on that...

I’ve told her this, and I’m going to continue manifesting it! I would open for Shungudzo. She is such an incredible talent and I would *love* to see her in action. And also to meet her dog.

I think that the most rewarding part is being able to make something out of nothing! You can write a song and go - hey, there was nothing there before, and now there’s a piece of art!

Also, being able to connect with people beyond just words and images is something very special. The fact that there are so many options at your disposal in music to communicate a mood or an emotion or a situation? That’s magic.

Being a creative is pretty torturous in its own right. But, the omnipotence of industry gatekeepers is also pretty frustrating.

meadowhip's debut single 'Unexceptional' is available to stream now. Check it out in the player below.

41 min 22 sec ago After previously stunning us with her cover of System Of A Down's 'Toxicity' last year, SASAMI ha

17 hours 47 min ago After spending the last last year releasing a flurry of warm and enticing cuts, LA-based duo Skyc