Getting To Know... MEBO

Getting To Know... MEBO

His new single 'Unravel' is out now 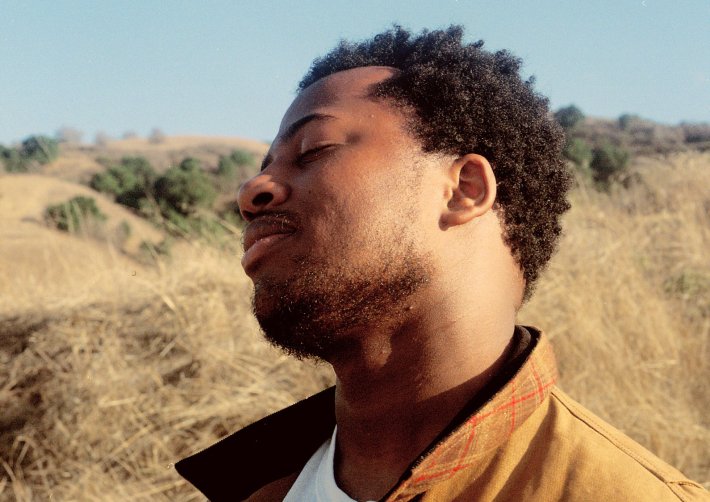 After cementing himself with a flurry of fresh and shimmering releases these last few years, which have since garnered him millions of streams in the process, artist and producer MEBO recently returned to deliver his humbled new single 'Unravel'.

Channelling more of that sweet and alluring R&B-inspired direction he is known for, 'Unravel' makes for a wonderfully sweet and passionate listen. With his warm and inviting voice layered across a sweeping acoustic-led production throughout, he has returned with one of his most captivating offerings to date.

The piano! Its such a versatile instrument. You can do melody, bass, harmony, and rhythm, and the timbre is second to none. I've found that no matter what instrument I obsess over, I always find my way back to it.

I grew up on oldschool and pop music because of my parents. Some artists that come to mind include Jackson 5, Aretha Franklin, Marvin Gaye, Earth Wind and Fire, Vanessa Carlton, Christina Auguliara, and Destiny's Child. My mom used to burn CD's a little mixtapes for me to play on my own jukebox in my room.

One of the earliest memories I have is listening to a cd copy of Jackson 5's "The Ultimate Collection: Jackson 5" compilation. I used to stare at the pastel colors of the album cover and play ABC in my basement on repeat. Later I would fall in love with other songs on the album like "I Wanna Be Where You Are", "Got To Be There", and "Maybe Tomorrow". Listening to it now as an adult is wild because I'm now noticing all of the production details that went into these hits, its aged so well on me.

I have a whole playlist of these smh. One of them is definitely "All Your Words" by JIL. My childhood best friend Xavier first introduced me to this band while we were in college, and this song really hooked me in. It became a song of inspiration for my whole OSSI collective, so many production details you can really obsess over and praise. I think all of the electronic textures that support the vocalist are so noticeably intentional. It just feels like everything is in the right place and at the right time, and the energy management of the song (like how someone writes a story and manages the momentum of the plot) is so awesome. It peaks perfectly with some awesome sidechaining between the synth lines and crash cymbals with the kick.

Admittedly my writing process is a little random/reactionary. Sometimes it's spur of the moment, sometimes I'm just emptying out something that's been incubating in my mind for weeks. I think working a fulltime job has made me set intentional boundaries for when I can write so its more often the latter of the two. I definitely think that I tend to write when its night time more often than during the day, something about feeling like I'm the only one thats awake has always been helpful for inspiring my creativity.

This answer is always changing, but lately the new Little Simz album "No Thank You" has been on repeat. It sounds like a SAULT record with her as the exclusive frontwoman and its so awesome. I just love everything she and the rest of the SAULT affiliates do, I find myself going back to Cleo Sol's "Mother" every month or so because its so warm and beautiful, if not tragic.

Other artists who dropped this year are in the rotation too: Nosaj Thing (Continua), SZA (SOS), Nick Hakim (Cometa), Alex G (God Save the Animals), Cities Aviv (Working Title for The Album Secret Waters), Makaya McCraven (In These Times), and Lil Silva (Yesterday is Heavy). The usual suspects like Burial, Bonobo, Lapalux, and Kendrick are always in rotation too.

Nick Hakim for sure! He's been my muse since probably late high school. I love his song writing, I love his voice. He has such a unique taste on psychedelic r&b, it's got a warmth to it that feels new and old at the same time. I don't know how he manages that balance so perfectly, but he continues to inspire me to write the music that I write.

Seeing how your music has accompanied or impacted the life of strangers you don't know. Every now and then I'll receive an instagram DM from someone thanking me for the music I've written, and they'll make my whole week. I've had people message me that "Coping (Get Over)" helped them get through breakups, navigate the grief over the loss of a loved one or even in less morose ways like being the perfect soundtrack for cooking a meal. I know that there were songs that I gravitated towards to get me through the tougher times in my life, so to hear that my music is doing the same thing lets me know that I'm paying it forward.

Probably the assumption that you make music to be famous/a celebrity. Not to knock people who are doing just that, but that's not why I do it, and it gets really annoying when people reach out for opportunities that are purely clout based. If anything I write to validate my own feelings and give an outlet for others to do the same. I keep toying with the idea of making music under a new anonymous moniker so that I can avoid this aspect all together.

Stay collecting, stay listening to new music, and don't be afraid to take creative risks. There is the awesome quote from this video game writer named Kotaro Uchikoshi, the man behind the zero escape visual novel series, where he states that 90% of any creative work consists of pieces from others' works, and that the remaining 10% is your own creativity, with the result hinging on how well you as a creator can incorporate your influences with your own original ideas. In short, the larger your library of influences, the more you can draw from, and the more unique your output can be. So stay collecting all different types of art, don't limit yourself to a single genre, and remind yourself that taking in new ideas is just as important as creating them.

MEBO's new single 'Unravel' is available to stream now. Listen to it in the player below.

12 hours 24 min ago Following on from the release of his highly-praised 2020 LP 'Shortly After Takeoff', BC Camplight

15 hours 26 min ago Having already found huge support for his run of releases over the last few months, progressive a