Getting To Know... The Mergers

Getting To Know... The Mergers 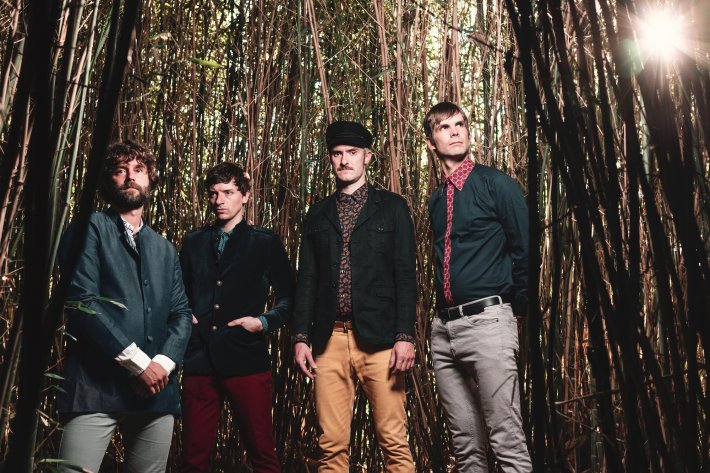 After unleashing a bold and enticing flurry of energetic belters over the last few years, German outfit The Mergers recently returned to deliver their stunning new album 'Three Apples In The Orange Grove'.

Channelling that same frenzied and soaring garage-rock sound they are known for, 'Three Apples In The Orange Grove' makes for a fun and vibrant listen throughout. Jam-packed with killer riffs, shimmering hooks, and catchy choruses to boot, this one will certainly get you onto your feet in no time.

So with the new record out and about, we sat down with them to find out more about their origins and influences over the years.

Winston: The drums and anything else you can beat on.

Jerry: More or less the same.

Henry: A lot of Oldies, 50s Rock‘n‘Roll and Grunge.

Winston: I am still young like The Rolling Stones.

Jay: New Kids on the Block - Step by Step.

Winston: The Beatles - Help! (My father owned all the Stones’ stuff…)

Winston: The number one hit for the next corona free summer.

Jerry: Trying to get all the parts and pieces of music in the right order, coming up with some lyrics that might fit, then going through everything a thousand times.

Jay: Record tiniest ideas, merge different parts, writing lyrics based on some phonetically essential keywords, twist and turn it until it feels whole.

Henry: I usually lock myself up in my room for hours with an acoustic guitar, a MacBook and some sheets of paper, hoping for the best.

Jerry: The feeling of satisfaction during rehearsals, recordings or concerts.

Jay: The moment during rehearsal/on stage when it starts flowing and everything falls into place. Henry: The feeling of creating something personal for yourself and anybody else who‘s either listening to a song or record or: visiting a live show. You can‘t come close to this experience while staring at a screen.

Winston: The feeling while you’re playing and forgetting everything around you but the music, the audience and your bandmates.

Jay: The morning after.

Henry: Realising that your art will quite always be reduced to commercial aspects, if you try to compete in the jungle of pop music releases.

Jerry: Be grateful for what you have and keep on going.

Henry: Either do it, or don’t talk about it.

Winston: It’s more or less a hidden advice - the question: “Can you make a living from it?“

The Mergers' new album 'Three Apples In The Orange Grove' is available to stream and download now. Check it out in full via the player below.

The Mergers · Three Apples in the Orange Grove

8 hours 25 min ago With his highly-anticipated new album dropping early next year, Miles Kane has now unveiled the n

8 hours 18 min ago Just when you think the indie-rock scene has reached peak saturation, an artist comes along and f