Getting To Know... Micah Thunder

Getting To Know... Micah Thunder

His new single 'High' is out now 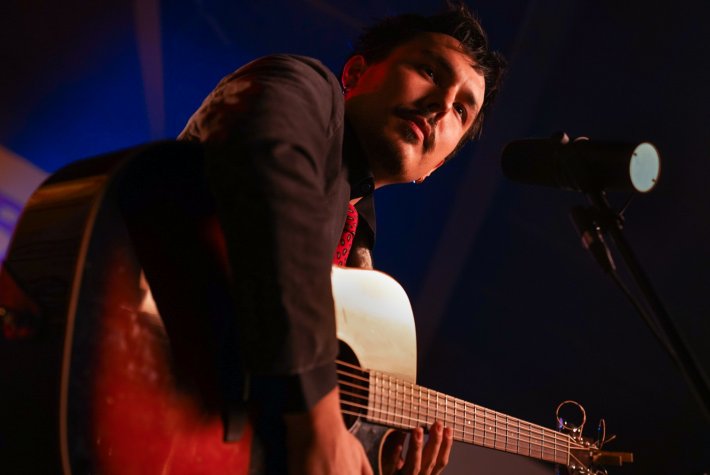 After spending the last year dropping a multitude of bold and blistering anthems, Albuquerque-based singer and songwriter Micah Thunder returns once again with this soaring new single 'High'.

Channelling a bright and uplifting aesthetic from start to finish, 'High' makes for an incredibly enticing release from the artist. Jam-packed with breezy production, passionate songwriting, and his own charismatic persona layered throughout, his latest effort showcases some of his very best work to date.

I really enjoyed growing up with the piano. I play single notes and creating melodies.

My parents grew up listening to top 40 billboard hits along with some folk. As I grew up I was around a lot of Slipknot, Papa Roach, and Pop Punk. I thought it was cool. Ska was also a healthy scene in Albuquerque (first show that I went to). I personally gravitated towards British Rock, Alternative Rock and Conscious Rap.

Everything Is - Nine Black Alps.

Somebody to Love - Queen.

I tend to write in the morning. Oftentimes, I’ll use a syllabic cadence rather than words so I can get the rhythm down. I think the instrument provokes the song. My guitar songs have their own progression compared to songs where inspiration started with the piano.

I really like LP, MisterWives and Lake Street Dive. Female-led groups with a really authentic approach to lyricism and production.

The act of creation, connecting to other people.

Committing to the process of refining my art. Balancing my other responsibilities to my family and my recovery journey.

Micah Thunder's new single 'High' is available to stream now. Have a listen to it in the player below.

6 hours 51 min ago With his highly-anticipated new album dropping early next year, Miles Kane has now unveiled the n

6 hours 44 min ago Just when you think the indie-rock scene has reached peak saturation, an artist comes along and f