Getting To Know... Michael Court

Getting To Know... Michael Court

His debut single 'Keedy's' is out now 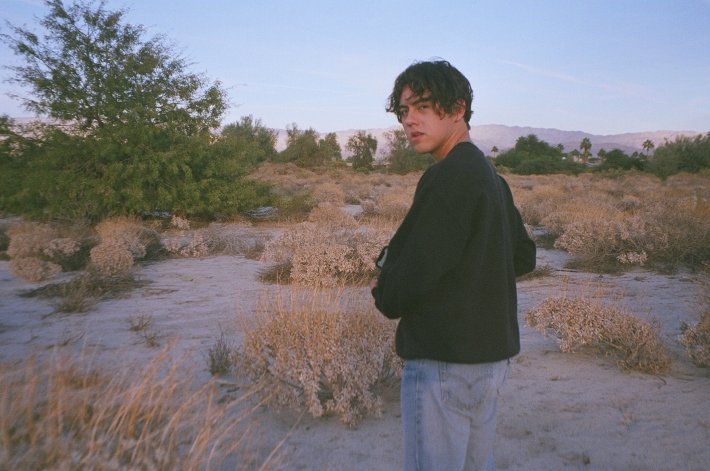 After spending the last few months building and developing his sound, LA-based artist Michael Court has now introduced himself to the world with his glittering debut single 'Keedy's'.

With its rich and breezy bedroom-pop aesthetic layered throughout, 'Keedy's' makes for a wonderfully woozy introduction to his sound. Filled with shimmering textures, soaring hooks, and his own atmospheric vocals from start to finish, we certainly have very high hopes for this emerging upstart.

First was definitely guitar literally because of Guitar Hero. Spent a violent amount of hours on that game and it actually made me a better guitarist.

I was first and foremost a huge punk guy. Like 80’s hardcore punk. Bad Brains is still one of my favourite bands. I also went through a big pop punk phase.

I think the first album I ever owned was Dookie by Green Day. I remember “borrowing” it from a friend in like 6th grade. I still have it.

Kiss Me More by Doja and SZA.

I’ll usually have some vibey lighting going on as well as some frequent breaks for going outside in nature.

I absolutely love Dijon right now. He’s incredible and his songwriting is inspiring. I’ve also been listening to a lot of Banda (Spanish music) recently.

Listening back to your final mix and showing it around to friends and family. Also seeing people respond to the hard work you put in.

Just keep going and don’t be afraid to put yourself out there.

Michael Court's debut single 'Keedy's' is available to stream now. Check it out in the player below.

10 hours 18 min ago With her eagerly-awaited new remix EP landing next month, Bess Atwell has now shared the next cut

13 hours 14 min ago After an astonishing run of form throughout his releases over the last decade, South African sing