Getting To Know... Monica Aben

Getting To Know... Monica Aben

Her new single 'CPH' is out now 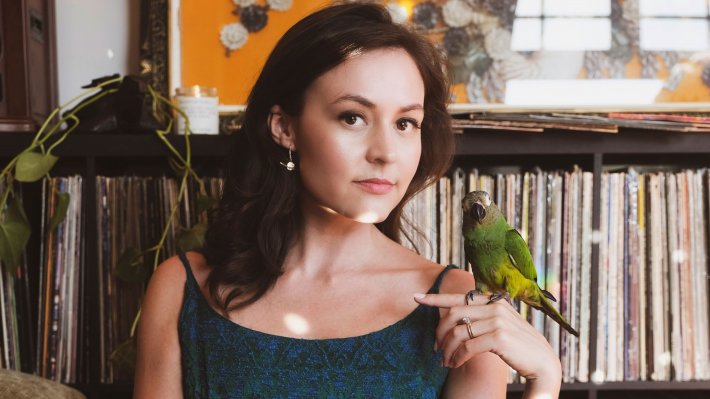 Following on from the enormous praise she received for her 2019 album 'In Your Universe', emerging US singer and songwriter Monica Aben has now returned to deliver her spellbinding new single 'CPH'.

Channelling a rich and soaring pop-rock aesthetic from start to finish, 'CPH' makes for a wonderfully vibrant listen. Filled with bold and warming textures, euphoric atmosphere, and her own captivating voice layered throughout, she is certainly making a firm statement on this new offering.

So with the new track available now, we sat down with her to find out more about her background and what has inspired her most over the years.

Piano, piano, piano! I was 3 years old when my parents took me to a showroom sale and let me pick out any piano I wanted. I ended up picking this Baldwin Acrosonic upright, and I named her Samantha. I still have her in my living room today.

What kind of music did you listen to when you were younger?

First of all I think I got my first pop CD (B*Witched) at the age of six. But until then, I listened to a lot of Broadway (Evita/ South Pacific/ Sound of Music/ Singing in The Rain), The classic legends (ABBA/Journey/ Queen/ Don McLean/ Gary Wright/Three Dog Night/ Led Zeppelin), and lots of classical music and genuinely enjoyed it. As far as songs of my adolescence, I adored Avril Lavigne (only her first two albums though!), Taylor Swift, Sara Bareilles, and Train.

CD- Soundtrack to Evita. Vinyl- Three Dog Night. (I feel like this question reveals why I’ve always had a hard time fitting into one specific genre.. like look what I was raised with, ha!)

Honestly, there are 2 songs tied here… “Electricity” by Drew & Ellie Holcomb, “My Mistake” By Gabrielle Aplin.

I usually like to take a few days, alone, in my studio and go through all the voice memos and notes I’ve jotted down and sort of hash out some ideas with a fresh mind. From there, if I want to collaborate with someone or find myself stuck, I’ll call up a friend to help me finish it.

ooooo! Okay GREAT question because I have two new discoveries that I have been listening to for the past few weeks… First up, Jake Wesley Rogers! I came across his latest single “Momentary” and the rest is history. I love every song he’s ever released. His authenticity shines through and his voice blows my mind. Big fan. Next up, Lauren Aquilina! I have been a fan since I was 17 in high school listening to “Fools.” She released an EP “Ghost World” and I sang (screamed) it in my kitchen dancing for months. She’s a wonderful writer and her delivery is consistently like no one can sing that song but her and I LOVE THAT.

BEN RECTOR! I just have a lot of respect for him and how he balances his life. I think he’s my biggest influence because I see parts of myself in him… The way he is family oriented, writes from super personal experiences, mostly piano pop, and is unapologetically himself. To me the man is a legend.

Hands down the most rewarding part is that I’m able to immortalize insanely specific feelings from a single moment in time. It feels like a super power!

The most frustrating part is that our industry claims to celebrate everyone’s individuality, while constantly trying to apply the same formula for success to everyone. It’s a flawed system and great people, great music slip through the cracks.

The best advice I ever received is to stay true to yourself and make music that you love. But those are the two hardest things to do for most people. If you love who you are and love what you create, others will too!

Monica Aben's new single 'CPH' is available to stream now. Check it out here and in the player below.

6 hours 50 min ago With his highly-anticipated new album dropping early next year, Miles Kane has now unveiled the n

6 hours 43 min ago Just when you think the indie-rock scene has reached peak saturation, an artist comes along and f