Getting To Know... MURMAN

Getting To Know... MURMAN

Their new single 'Achilles' is out now 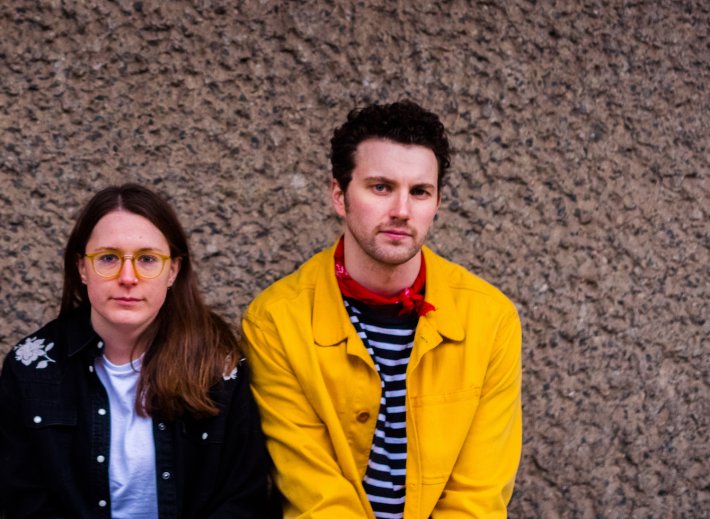 After spending the last few years rocking their way across the capital with a flurry of energetic anthems, London-based duo MURMAN return with their latest raucous belter 'Achilles'.

Channelling a raw and blistering alt-rock aesthetic throughout, 'Achilles' sees the pair comeback with one of their most cacophonous cuts to date. Filled with killer riffs, rumbling drums, and a soaring pace from start to finish, be prepared to have this one knock you sideways while hearing it.

David - Guitar when I first discovered Jimi Hendrix when I was 11.

Abbi - Mine was actually piano, I loved the sound but I got bored of sheet music pretty quickly, and got my first drum kit for my 10th birthday, which instantly became my favourite instrument.

David - I have always loved 60s and 80s, The Supremes, Joy Division, Springsteen.

Abbi - In my teenage years I was a big fan of 2010s indie music, like The Drums and Maccabees, but I was also really fond of Motown growing up, it was one of the only CDs in my parents' car so we'd always play it on the way to school.

David - I remember buying blondie Parallel Lines for £2 in a charity shop in my hometown of Morecambe, still one of my favourites to this day.

Abbi - If we're being completely honest with this answer it was Let Go by Avril Lavigne when I was 9/10 years old, which really got me into drumming. The first album I remember buying for myself would have been Alas, I Cannot Swim by Laura Marling, which is still an incredibly important album to me today.

Abbi - I think there's very different answers to this question if we're answering as MURMAN or as ourselves individually. For me personally, I think I Speak Because I Can by Laura Marling has to be one of the most beautiful songs ever written. As MURMAN, Dancing in the Dark by Bruce Springsteen and Pulp's Common People would definitely be up there.

David - I usually come up with songs in the shower.

Abbi - David's more the lyric-writer, but when coming up with new rhythms or hooks we often just get into the practice studio and play around with a variety of ideas until something sticks. We're usually on the same wave length with what works and what doesn't.

Abbi - A lot of SZA, Lauryn Hill, and Liz Lawrence.

It would have to be Bruce Springsteen.

Abbi - Ditto, we've formed so many great friendships and found so many new and interesting bands through gigging, the atmosphere when you're on stage and you have a really engaged crowd is second to none.

Honestly we have worked with some great promoters across London, like Dark Party and Sous Le Radar, but it's really frustrating when some are clearly just trying to make money off of bands, do no promotion themselves, and have minimum audience requirements or 'pay-to-play' set ups. It makes it significantly more difficult to be an independent band and reach new audiences this way.

David - Do if for the love of it not for fame.

Abbi - I think the one I hear most often is 'don't let the tail wag the dog'. Write and create the music you want to, in the time frame you want to do it in, and like David says, make sure you're driven by it because it's fun and you love to do it.

MURMAN's new single 'Achilles' is available to stream and download now. Check out the video for it in the player below.

3 hours 6 min ago With their highly-anticipated debut album now less than a month away, easy life have now unveiled

6 hours 5 min ago Following on from the huge success behind their debut single 'Echoes' earlier this year, fast-ris