Getting To Know... Musha

Getting To Know... Musha

Her new single 'Somebody' is out now 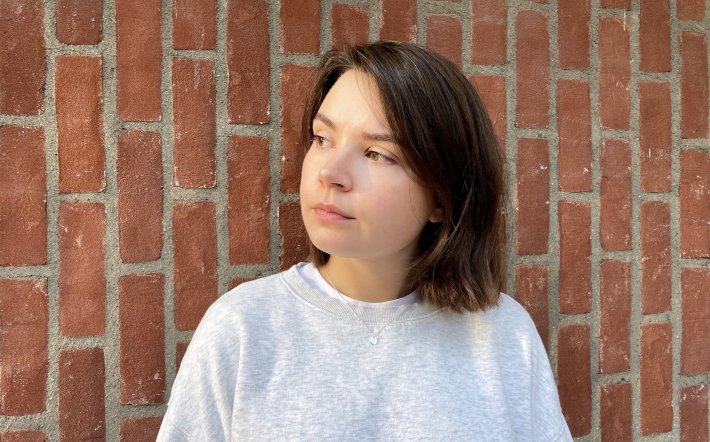 After spending the last year developing and building her luxurious sound, Amsterdam-based artist and producer Musha has now returned to deliver her humble new single 'Somebody'.

Channelling a wonderfully warm and transportive aesthetic from start to finish, 'Somebody' makes for a beautifully rich and wondrous listen. With her sweet and subtle voice layered over a sweeping bed of laid-back electronics, this new one has all the hallmarks of a name ready for the next big leap.

It was a guitar. We’ve always had an acoustic one at my parents’ place but I started learning how to play it when I was around 12. As a teenager, I was listening to a lot of guitar music including punk rock and indie rock so I was just trying to make covers of my favourite songs, and this is how I learned to play the instrument.

To be honest, my preferences were constantly changing because I was very curious about music since my early years. For example, when I was little, my favourite artists were Gorillaz, Green Day and Black Eyed Peas. In my early teenage years, I was a big fan of heavy music so I listened to a lot of hardcore and metalcore. The early 2010s were an era of indie rock for me, and to be honest this is a genre I will always hold dear. After that, I started listening to a lot of electronic music with its numerous subgenres, some of which are still growing in me. It’s been a long musical journey that still continues, so I’d say that my background is pretty diverse.

It was an album by Russian pop artist Boris Moiseev who was popular back then, and I got the CD when I was around 4-5 years old. My dad was collecting different records but this album, in particular, was the first one I got as a present from him.

Despite having a lot of special songs, I’ve never had such a thought, to be honest. But I hope that in the future I will make a song that I would never have thought I would write myself.

I normally jam with different instruments until I find a nice guitar riff or a sound which resonates with me and sort of triggers a vocal melody which is followed by lyrics. Sometimes it works the other way around as I often write down some phrases or lyrics which are accompanied by a certain melody in my head.

I am mostly listening to different electronic music at the moment as I’ve discovered an incredible world of DJing recently. I’d definitely highlight Jockstrap's single ‘50/50’ and Stef Mendesidis’ ‘Klockworks 33’. When I want to have a break, I listen to some of my favourite indie bands like Foals, Bombay Bicycle Club, the xx, London Grammar.

I’d be honoured to open a show for any of the bands mentioned above, but warming up for anyone else would be a huge step for me, of course.

I think that music is an amazing way of self-expression, and I am very happy that I can use it as a means to share my thoughts, feelings and opinions about certain things. It is especially heart-warming to know that your songs resonate with other people.

The most frustrating part for me is that it’s still very hard to reach out to wider audiences and make your music heard by more people. It is quite discouraging, and because of that, I tend to overthink a lot which definitely doesn’t help with motivation.

Sometimes it is good to listen to different opinions from other people about the music you make but you shouldn’t follow all advice because you are ‘the author’ and only you know what you want and how your music should sound like.

Musha's new single 'Somebody' is available to stream now. Check it out in the player below.

1 hour 21 min ago Following on from the release of their highly-praised mixtape 'Rōnin I' in March last year, UNKLE