Getting To Know... Nico Prince

Getting To Know... Nico Prince

His new album 'Basile Demo' is out now 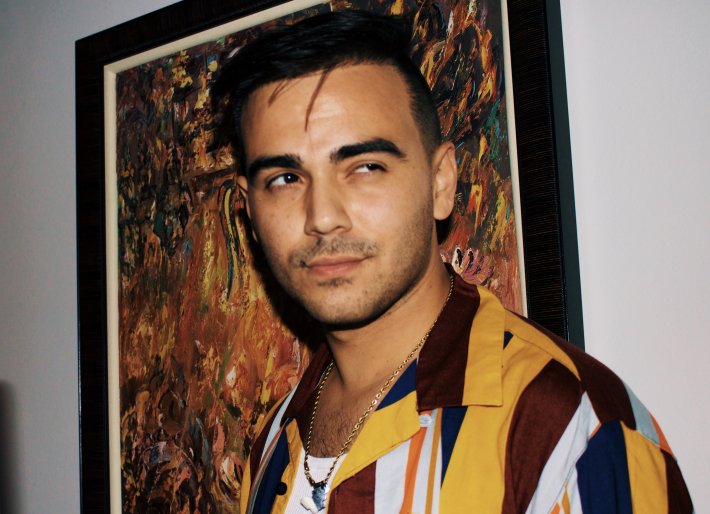 After spending the last few years releasing a wave of bold and intoxicating cuts, US artist and producer Nico Prince recently returned to deliver his latest studio album 'Basile Demo'.

Channelling a warm and inviting psych-pop and dream-pop aesthetic throughout, 'Basile Demo' makes for a beautifully sweet and otherworldly listen. With its broad and atmospheric production, seductive tones, and his own euphoric vocal style layered from start to finish, his newest collection showcases the very best of what he has to offer.

So with the new album available now, we sat down with him to find out more about his background and what has inspired him most over the years.

Piano, piano, piano. When the keys hit, it’s the melodies of God resonating in a sonic echo. I’m not a great pianist, very far from it, but when I hear a true master play, the emotional resonance is incomparable. I imagine Heaven is filled with many pianos.

Just like today, my music taste has always been a mixed bag. My mother got me into 90’s EDM, Dance, and pop music, my father (Being affiliated with House of Pain) got me into rap and hip hop at an early age, both of which were also the preferences of my brother (Who is no longer with us). My stepdad introduced me to classic and contemporary rock, and I discovered indie rock by the age of 11. So, TLDR, I loved most genres in my youth.

The Shrek 2 Soundtrack was the first album I was gifted with my CD player. This is not a joke. I f*cking loved that movie and the music in it.

Viva la Vida by Coldplay is a lyrical masterpiece. It’s religious but it isn’t. It’s historic but also contemporary. It’s tremendous and majestic. A flawless song that inspires me every day.

Getting space away from my daily life, taking an excellent drive along the coast or through the desert, thanking God above for the ability to create art, smoking something special, maybe drinking some whiskey or tequila, then boom, the magic hits. I also like to read a ton for lyrical inspiration, but I don’t want to sound like a stiff.

Night Moves, Drake, Shakey Graves, Childish Gambino, Men I Trust, Loving, and Father John Misty (Who is from my hometown) are getting me through my daily life and elevating me into the artist I want to be through their relatability and outstanding musical prowess. When I listen to these artists, I can sense their confidence and the divine touch in the composition. Man, they’re great.

Drake. He’s for the people, I’m for the people. He’s for love, I’m for love. He’s got bars, he can sing, he’s a tremendous writer. He’s biracial like me: half Jewish and half POC. People always say my personality reminds them of Drake. I think we’d mesh REALLY well on a lineup.

There’s no feeling like drawing happiness and enjoyment from other people through art. When someone tells me they really like a song, or that they really felt and/or resonated with my lyrics, that’s one of the greatest compliments I can receive. Art is meant for the people; I make it from my heart for the people I care about. And in turn, the music positively affects people I’ve never met before, then boom, new friends! A smile of a response also just feels amazing.

The process, always the process. I’m a perfectionist, but I don’t like excessive, unneeded stress. Discovering that something doesn’t work sonically, or that a certain line doesn’t fit in the song, it hurts! Fixing, rewriting, rerecording, it can be hard. Especially when I’m so married to a certain recording and can’t capture the magic again. So, restructuring occurs… And then comes the question: Will people like it? And that leads to some loss of sleep. But it’s worth it in the end. Oh man, is it worth it.

As eager as I am to get the music to other people’s ears: Let the tunes sit. Let your songs breathe. It’ll be ready when it’s truly right. There are flaws you won’t catch today but might catch upon release, and then it’s too late. So be patient! It’s a tough truth sometimes, but a lot of truths are.

Nico Prince's new album 'Basile Demo' is available to stream now. Check it out in full via the player below.

20 min 49 sec ago After delivering their 'New Me, Same Us' Remix EP earlier this year, Little Dragon have now retur

1 hour 21 min ago After establishing herself with some brilliantly bold and inventive cuts these last few months, A