Getting To Know... North Lakes

Getting To Know... North Lakes

Their new EP 'Black Cat Music Volume 1' is out now 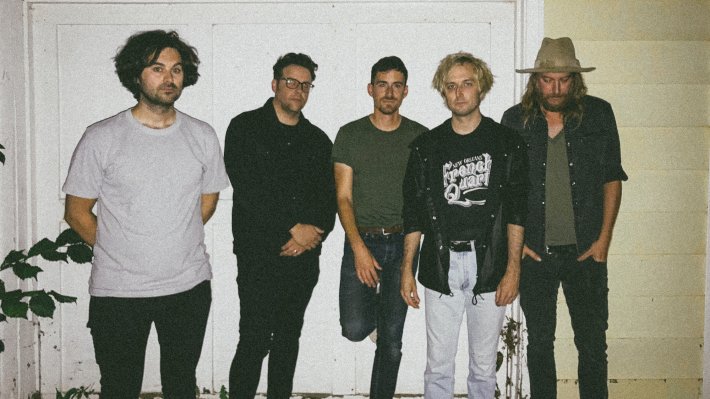 After establishing themselves with a flurry of incredible alt-rock anthems over the last few years, Canadian outfit North Lakes have now returned to deliver their stunning new EP 'Black Cat Music Volume 1'.

Channelling a diverse mix of power-pop, proto-punk, and garage-rock influences from start to finish, 'Black Cat Music Volume 1' makes for incredibly engaging listen. With its fresh and dynamic sound, killer hooks, and vibrant melodies layered throughout, we can't wait to hear what they have store after this one.

So with the new EP available now, we sat down with Nathan Gill from the group to find out more about his background and what has inspired him most over the years.

Guitar. Well, maybe drums. I always really looked up to my older brothers and one of them was a drummer in a bunch of local bands from around Charlottetown. He worked at cool places like “a comic book shop” and “a record store.” When he came back from touring, he would always take me out for Pizza Hut and then a movie. But my parents already suffered through one drummer in the house and weren’t about to do it again, so I eventually got a guitar instead.

It depends how young we’re talking. In Grade 7 I did a presentation on the cover of “Heroes” by The Wallflowers. I think the politics of East and West Berlin, as well as romance in general, were lost on me, but it did get me into both Bob Dylan and David Bowie.

The first one that was truly in my own collection was a birthday gift - Fastball’s All The Pain Money Can Buy. Just where exactly WERE they going without ever knowing the Way?

Let’s say “Ca plane pour moi” because it would mean I’d have a much better grasp on French. Generally speaking, though, I wouldn’t want to take any voices away from my faves. I suppose I’m happy enough with the ones I’ve got.

I drink a lot of black tea and sit with a guitar. Usually, ideas come once I step away to refill at the kettle, and then I have to rush back. I read, too. Input tends to equal output.

Iggy Pop? Or, like, Lennie Gallant. I’m not picky.

Finding something to compliment a lyrical or musical idea that you didn’t expect. I like the craft or puzzle of songwriting, where you turn the thing upside down and go “wait, what’s that?”

Promoting music. I’ve never been very good at selling any kind of sizzle.

This began with my brother, so I’ll end it with a piece of advice he gave me, which was “Nathan, enjoy working as a musician as long as you can. There’s no other job in the world where people will applaud you every three minutes.”

North Lakes' new EP 'Black Cat Music Volume 1' is available to stream now. Check it out in full via the player below.