Getting To Know... OCNS

Getting To Know... OCNS

Their new single 'HOW LATE IT WAS' is out now 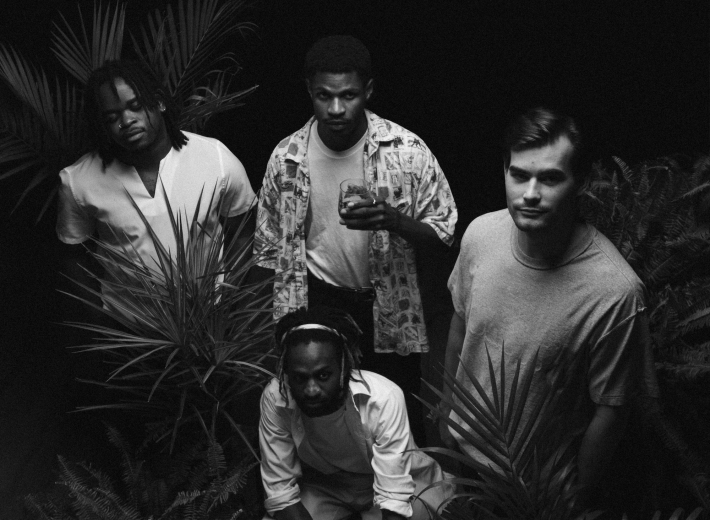 After cementing themselves with a breadth of fresh and alluring releases these last few years, US outfit OCNS return once again to offer up their dreamy new single 'HOT LATE IT WAS'.

Capturing more of that sweet and passionate pop-rock direction they are known for, 'HOW LATE IT WAS' makes for a wonderfully embracing listen. Channelling the same heartfelt aesthetic as The 1975, their newest effort is another shining example of their glittering sound to date.

So with the new single available to stream now, we sat down with them to find out more about their origins and what has inspired them most over the years.

Esdras: Yeah mine was definitely not bass.

Esdras: what did i listen to… listened to it all man.

Grandy: Definitely whatever Drew made me listen to….Asking Alexandria.

Drew: I think Thank You, Happy Birthday. That was one of the first things I remember buying.

Drew: Everything In Its Right Place by Radiohead

Isaac: After the Love Has Gone…the key changes

Esdras: Fade Into You - Mazzy Star

Grandy: Nothing More Than That - The Paper Kites

Drew: I’d say I usually get an idea from running, by the time i get back it’s probably a different idea. Most often it’s from something I'm listening to or watching.

Isaac: I watch movies to get ideas. Good movies.

Esdras: Usually get ideas from books..reading.

Drew: I’ve been listening to a lot of Angel Olson and Trapped Under Ice.

Grandy: I’ll open up for The Paper Kites

Drew: Mine is the energy I get from it for sure.

Grandy: I get to see Drew, Isaac, and Esdras in one room.

Drew: For me it’s getting stuck and feeling like you haven't been able to improve or make anything new; not being able to get out of it. I keep getting my balls stuck in my guitar strings…

Isaac: I just make too much and get too lost in excessively writing, and therefore never being satisfied.

Esdras: Not getting things done for sure.

Grandy: Phil tells me just do it.

Isaac: Yeah..Phil the other day told me to just do it. Don’t be too hard on yourself.

Drew: Listen to all genres of music.

OCNS' new single 'HOW LATE IT WAS' is available to stream now. Check it out in the player below.

12 hours 23 min ago Following on from the release of his highly-praised 2020 LP 'Shortly After Takeoff', BC Camplight

15 hours 26 min ago Having already found huge support for his run of releases over the last few months, progressive a