Their new single 'Allowed To Fall' is out now 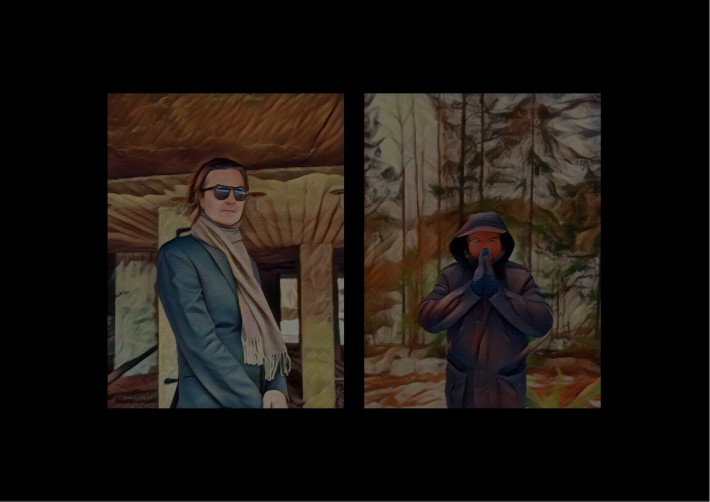 Channelling a rich and dynamic alt-rock aesthetic from start to finish, 'Allowed To Fall' sees the pair deliver a truly anthemic offering. With its powerful direction, killer hooks, and energetic pace throughout, it feels like these two are certainly set for greatness later this year.

Mikko: Guitar. I got a cheap strato copy as a Christmas present from my parents. At first I did not have an amp, but connected it to our home stereo. I still remember that weird distorted sound.

Mikko: My father was an alcoholic. To kind of escape that, I picked up guitar and started to write guitar riffs. I have always wanted to write the best guitar riff in the world.

Mikko: First I fell in love with heavy metal bands like Accept, Judas Priest. Then I started to listen to thrash metal, like Metallica, Exhorder and Sepultura. When Nirvana happened, I fell in love with the whole grunge thing, but also at the same time Tool, Kyuss and Rage Against the Machine were really important bands for me.

Mikko: Metallica - the whole And Justice for All album, really.

Mikko: Pretty much the same - I really can’t enjoy listening to music anymore - I start to analyse it immediately.

Mikko: I don’t write lyrics, but people in my life inspire a lot of my music.

Pati: Being asked to join Mikko's band years ago, it was my first audition, and I passed. Working with Sylvia Massy was also a definite high point.

Mikko: Working with Pati, Sylvia, Joey Djia, Dalton Allison, Jeff Friedls and other driven and kind professionals of the industry. Sylvia Massy flew to Finland in 2018 to produce our then band’s EP in Suomenlinna studios on a historical fortress Suomenlinna island. There are videos about it on YouTube, as well. She’s a badass producer. She has invented this adventure recording concept where she experiments all kinds of stuff with the artist and takes them to echoey places to record.

Mikko: Awesome question! Walking in nature, spending time with my family, and traveling.

Mikko: I have no clue.

Pati: Listen to yourself and learn from yourself, that helps to learn from others and to help others learn.

Mikko: Buy home studio gear (with your like-minded friends), and find your own musical style. Stick to it, and don’t let other people affect your style too much. From day one post stuff to social media that represents you. Release at least four songs per year, and pitch them to playlists and blogs. Keep in mind all the time that it takes 5-10 years normally to reach the quality and originality level that is needed for blowing up.

ODEONS' new single 'Allowed To Fall' is available to stream now. Check it out in the player below.

1 day 4 hours ago After delivering their outstanding studio album 'SHYGA!

1 day 4 hours ago After impressing so many with her brilliant singles ‘Frank’ and ’Stripes’ last year, fast-rising