Getting To Know... Pankhurst

Getting To Know... Pankhurst

Their new single 'No One Wanna Read Tolstoj' is out now 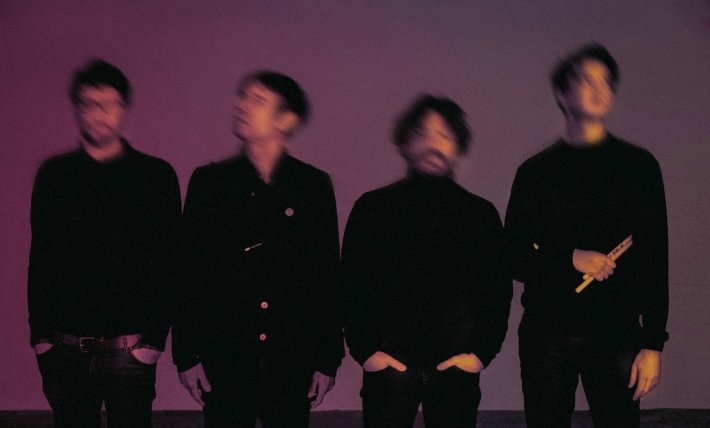 After cracking out a flurry of bold and exciting post-punk-inspired cuts over the last few years, Washington DC-based outfit Pankhurst make a stellar return with their vibrant new effort 'No One Wanna Read Tolstoj'.

Delivering more of that fresh and energetic sound they are known for, 'No One Wanna Read Tolstoj' marks the first piece of material from their forthcoming sophomore EP. With its bouncing pace, killer hooks, and catchy chorus to boot, be prepared to be humming this one long after first hearing it.

It seems to me that at home there was a guitar, but then my uncle lent me the one he had used in the '60s. Yah guitar was my first love and still is.

What do ya mean younger?! I am still a fucking teen spirit. Well I began listening at 12 years old to a lot of metal...all the hall of fame ...Metallica, Slayer, Megadeth, Motley Crue, Iron Maiden and so and so...then at 14 punk blew my mind, Dead Kennedys, the Fugazi revelation, NOFX. I also listened a lot to the Cure, Bauhaus and others.

What was the first album you guys remember owning?

The first “Master of Puppets”, the second “Orgasmatron” … I used both as if they were paintings to hang up in my room.

Any song by Fugazi, Holiday in Cambodia by DK.

I know that when I have particularly strong feelings, I find a voice and guitar line and record it on my phone. Then I listen to it again after a few days and again after a while. If it still seems to be telling me something then I send it to the others, better recorded. If they say it's a good job then we start building the track. It’s not very original as a method but we do it this way.

I find F.O.D. very interesting, they’re a Belgian band that combines punk riffs with melodic crossings that remind me of the harmonic construction of classical music.

Ahhh Ahhhhh, any punk or hardcore band we listen to ... sure. Let's get serious... maybe the PUP. There's something in their mood that’s not so far from us... well maybe.

Sure!!! Playing loud with crazy people, moving around, flying down off the stage in some terrible dive.

Not being able to move around and meet and rehearse pieces together and play live. The pandemic killed a lot of venues that didn't reopen, but a lot of bands are also getting their act together to get back on the road.

And what is the best piece of advice you have received as a band?

You guys are different from the others because you have very complex political thoughts that underpin the lyrics of your songs. Keep it up because without it you would lose an important part of yourselves.

But explain to us the choice of the name of the group, which is actually a surname...

Yes, Pankhurst is the second name of a family of women who fought for women's rights in the early part of the twentieth century. We liked the idea of combining our work as musicians with a message that was very specific. Those who listen to us need to be passionate about the music but also about the ideas that go with it. 7

Is all this okay for a Washington band? Did the local scene embrace you?

We're not really bothered, and anyway for the time being playing live is out of the question. But we would also ask you, why do we need to tie people , in our case a band, to a specific place? We come from a thousand different places.

So where are you from?

In our opinion, our origins don't matter, they’re only used to put people in boxes and imprison them in an identity. We don't like it.

Explain the issue of faces.

So, we decided we don't like the way cameras, phones, social networks and so on recognize faces and store data. Fuck the excuse of extra security. In Hong Kong the Govt uses face data to put opposition members in prison. So, we don’t show our faces to highlight the issue. But whenever anyone shares our identity around, we don’t care. We’ll find another way to talk about it.

Pankhurst's new single 'No One Wanna Read Tolstoj' is available to stream now. Check out the new video for it in the player below.

5 hours 34 min ago Having remained almost entirely silent since their 2013 LP 'Antiphon', Midlake are back to announ

6 hours 33 min ago Following on from a string of impressive offerings over the last year, Stockholm-based singer and