Getting To Know... Paula Jivén

Getting To Know... Paula Jivén

Her new single 'Say That' is out now 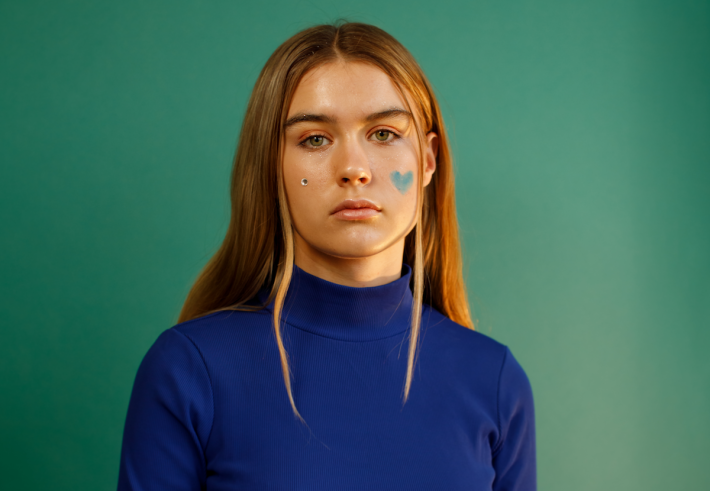 After spending the last few years building and developing her sound, Swedish newcomer Paula Jivén is now shining bright as she delivers her latest single 'Say That'.

Channelling the same broad and euphoric direction as other alt-pop contemporaries such as Sigrid, 'Say That' makes for a wonderfully vivid introduction. With its glittering textures, soaring hooks, and her own mesmerising voice throughout, she is definitely one to keep an eye on in the months ahead.

So with the new singer available now, we sat down with her to find out more about her background and what has influenced her over the years.

Good question! I started playing the violin when I was three, but I never really got any good at it. I kept playing for 6 years, but I think it was when I switched to piano at 9 that I really started enjoying playing and making music.

I’m such a pop-girl! Pop is all I’ve ever needed. My heart belongs to boy bands and Eurovision-hits. For a while I tried to deny my pop-ness, but it’s just what I love!

I guess I’m from the streaming-generation, I never owned any music. But a year ago I got a vinyl-player for my birthday and I’ve been collecting a bunch of really cool stuff! I think the first album I got was Ye by Kanye West.

What is the one song you wished you would have written yourself?

I almost always write in sessions nowadays, so I think it depends a lot on the context and the group. But one true ritual is that I always take my shoes off when I’m recording vocals.

That would be Labrinth, easy.

When people like my music!!! It always makes me so happy getting DM:s from people who listen to my stuff. It’s so crazy to me!

I was in a session with one of my favorite producers, but I didn’t really feel like we were writing anything that I liked. It made me upset, because I felt like I was wasting the day and the song. But then he told me that “Paula, you know, every song you’ve ever written, you had to write it.” And I just love that idea. We write to get things out of us, and all the songs are needed.

Paula Jivén's new single 'Say That' is available to stream now. Check out the new video for it in the player below.

11 hours 15 min ago With her eagerly-awaited new remix EP landing next month, Bess Atwell has now shared the next cut

14 hours 10 min ago After an astonishing run of form throughout his releases over the last decade, South African sing