Getting To Know... Plain Navy

Getting To Know... Plain Navy

Their new single 'Livin' Alone' is out now 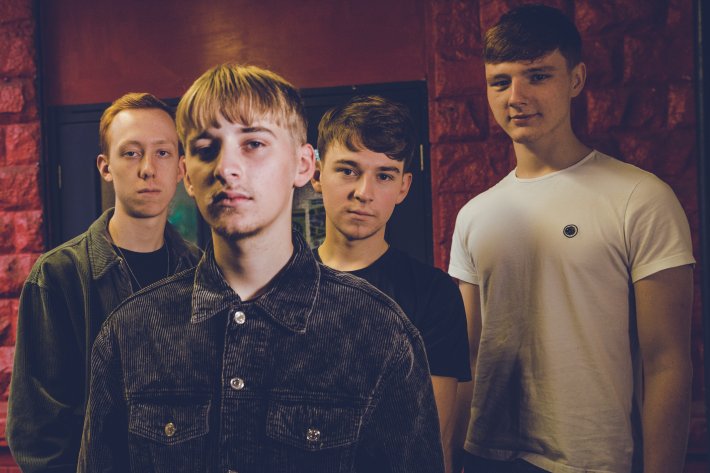 Following on from a flurry of bold and impressive cuts over the last few months, Saddleworth-based outfit Plain Navy make their raucous return with the vibrant new single 'Livin' Alone'.

Channelling a broad and euphoric indie-rock aesthetic from start to finish, 'Livin' Alone' sees the group return in fine form. Jam-packed with killer riffs, blistering hooks, and memorable vocals layered throughout, these guys look set to take the country by storm very soon.

So with the new single available now, we sat down with the band's drummer Dan Dalzell to find out more about his origins and what has inspired him most over the years.

Drums were the first instrument that I fell in love with, I got my cousin's old drum kit at the age of 12. My parents bought it for £40 off my uncle. It took 3 trips in my mum’s mini to get the entire kit home.

I really liked Arctic Monkeys and still do, Matt Helders is such an influential drummer. I was also in a jazz orchestra. Therefore I am a big fan of Buddy Rich, just like most drummers, and spent hours watching his concerts on YouTube as a child.

‘Is this it’ by The Strokes.

‘Everlong’ by the Foo Fighters. I think it is one of the greatest tracks Dave Grohl has produced, who also wrote it, and recorded each instrument individually.

If we are writing new material and ever suffer writer's block, we sometimes spend up to 2 hours messing around and jamming in the rehearsal room until a riff or hook clicks with us and we run with the track as it goes.

We have all recently been listening to past bands such as the Maccabees and enjoy some of the early work of Weezer. We all have a tendency to follow the first albums of various different artists as we most commonly only enjoy early work.

The Strokes. As a band we are waiting until the summer where we are all off to Barcelona for the Primavera festival in Barcelona where The Strokes are headlining.

Seeing people enjoy our music in concerts and hearing a song you worked on for months being played on the radio.

Keeping up with social media and trying to work on new apps called ‘tiktok’?

‘There’s more important things that go wrong in life than messing up a drum beat.’ And ‘you play the drums because you love it, don’t play them for a paycheck’.

Plain Navy's new single 'Livin' Alone' is available to stream now. Check it out in the player below.

2 hours 23 min ago With their eagerly-awaited new album arriving in the coming months, Sea Girls have now unveiled t

2 hours 12 min ago Having dazzled so many with a string of impressive releases these last few months, which have see