Getting To Know.. Point Lobo

Getting To Know.. Point Lobo

His new single 'Broken Parts' is out now 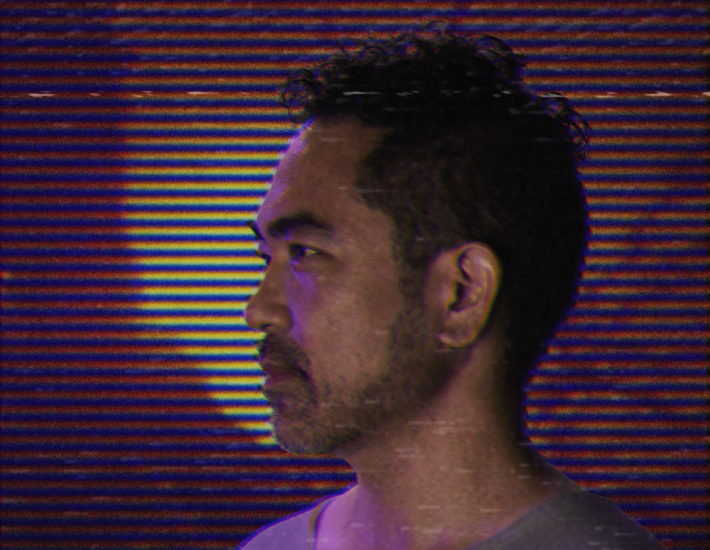 Best known as the drummer for legendary hip-hop group The Pharcyde and composer for the hit podcast The End Of The World with Josh Clark (of Stuff You Should Know), LA-based artist Point Lobo is back on the grind as he unveils his latest effort 'Broken Parts'.

Channelling that distinctly warm and vibrant funk-inspired groove he is known for, 'Broken Parts' makes for a wonderfully intoxicating return. Filled with sweeping production, enticing hooks, and his own tranquil voice layered throughout, it definitely feels like he is onto a winner with this one.

My dad was a saxophone player and my parents would sometimes take me along to his gigs. I’m told that as a really young child I used to always stare transfixed at the drums. Although I learned other instruments, drums was the one that stayed closest to my heart.

In high school my friends were the misfit punk kids and we used to run around catching diy punk & alternative rock shows around the SF Bay Area. Around the same time, I was also getting into jazz, especially the 1960s/70s hard bop that comprised most of my dad’s record collection. In college, I got deeper into hip hop, even forming a live hop hop band heavily influenced by the Roots.

The first CD I bought with my own money was The Last Splash by the Breeders. I remember riding down the escalator from Tower Records, super excited to open it and listen to it. To this day I still love that album.

There is a song called “Rain” by Yoko Kanno off the score to Cowboy Bebop. It plays during episode 5, as Spike enters a cathedral to confront Vicious. Kanno composed a piece that somehow simultaneously functions as both a perfect pop song and an incredibly haunting cinematic score. As a film composer myself, I know what an incredibly challenging achievement that is. Everytime I see that scene it sends chills down my spine.

Writing music is such a challenging endeavor that there’s no way I could just stick to one habit or ritual. I think you have to have your creative antenna tuned to every channel you can. Sometimes it’s just noodling around on an instrument, sometimes ideas pop up when washing dishes or taking a shower, other times inspiration comes from reading a book or watching a movie/show. The most important and consistent habit would probably be: whenever you feel stuck, set the song aside and forget about it for a few days, so you can come back and listen to it with fresh ears.

Right now I’m listening to a lot of Men I Trust. Their vibe is so intoxicating and their songwriting is deceptively sophisticated. I think Kero Kero Bonito is also very inspiring. I can never predict where any one of their songs is gonna go, and that is so refreshing. I also love Andy Shauf. His songwriting is absolutely next level.

Probably David Byrne. I got to see his live show when he was touring American Utopia, and it was one of the most incredible performances I’ve seen in my life. I’d love to hang out with and get to know all those musicians he performs with.

Those precious moments when you are in the zone and channeling inspiration. Sometimes it’s when you are playing with other musicians and everyone locks in with each other, and the energy becomes transcendent. Other times it’s when you are writing a song and you find the perfect melody or lyric and it sends chills down your spine. Those are the times that remind me how special music is.

Being a musician is disorienting because society sends you such mixed messages. On the one hand, musicians can be exalted and glamorized, but on the other hand we’re told to get a “real” job and that our hard work is worth fractions of a cent. It’s like, make up your mind!

Don’t base your self worth off of your work. It’s the only way to keep your soul from being crushed, but it’s a lot easier said than done.

Point Lobo's new single 'Broken Parts' is available to stream and download now. Have a listen to it in the player below.

11 hours 53 min ago With her eagerly-awaited new album arriving in the coming months, Martha Wainwright has now dropp

7 hours 13 min ago With the likes of BBC Introducing and Radio 1xtra praising her work over the last few months, Man