His new single 'Wonder' is out now 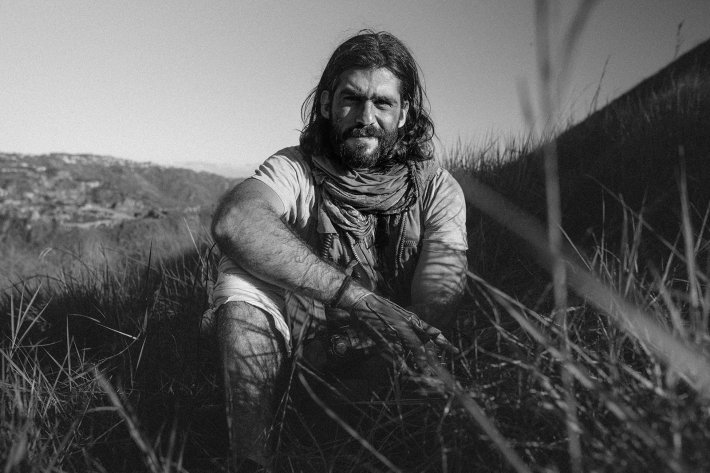 After making a name for himself with a rich array of offerings over the last few years, Venezuelan artist Rafa Rico has now returned to deliver his latest delight 'Wonder'.

Conjuring a warm and atmospheric aesthetic throughout, 'Wonder' sees him unveil a truly mesmerising release. Filled with breezy aesthetics, humble production, and his own soothing voice layered from start to finish, he is definitely a name worth keeping an eye on in the future.

When I was like 7-8 I wanted to play drums, but because we lived in a small apartment, that wasn’t a good idea. Then when I was around 11-12, I discovered a Spanish guitar in my grandpa’s closet, I undusted it and started fooling with it a bit until I just couldn’t stop playing it for a minute.

I think more than a specific artist or band, what has inspired me the most is the feeling I get from music and what it all conveys for us as humans, as an unknown language for things we cannot express with words solely. That inspires me. Motivates me to keep discovering myself through writing.

I was very deep into rock, metal and classic rock, but musically open to many styles as well. I was influenced by Mtv 90s like most kids my age now, then I was really into singer/songwriter/folk stuff, seeing things like Eddie Vedder doing his own stuff aside from Pearl Jam, The Beatles doing their stuff separately too. I was anticipating myself and trying to close the “school band” gap in my life to start being the guy who split and began his own solo career.

I think it was ‘Knocking On Heavens Door’ by Bob Dylan, right after listening to Guns N’ Roses' version, which I hate haha Maybe “Blackbird” too, since those were songs I wouldn’t stop playing when I was a kid.

It depends on what activity I’m doing, I like indie folk a lot but lately I've been listening a lot to soul and r&b and some Portuguese jazz as well.

A few, I wouldn’t say I do it much, but definitely some songs about people that touched my life deeply.

I’m still looking forward to growing in my career and experiencing amazing moments. So far I’m very grateful to have shared the stage with wonderful and historically important artists from my country and latin America. As a producer, I’m always reminiscing about the time I had the chance to work along with big AAA producers such as Bob Ezrin (Pink Floyd) and Garth Richardson (Red Hot Chili Peppers) in the same studio.

I love animals, IPAs and outdoors!

I was very close to dedicating my career to the audiovisual industry, it was a tough call for me to choose one path at some point where I needed to focus more on one thing only. I chose music and I’m deeply grateful and proud of taking that decision. I'm also lucky to still work in the film and advertising industry as a composer/sound designer and sometimes voice over actor.

Be decisive, persistent and very patient. Take breaks, nurture yourself with everything you can, release music constantly and don’t get stuck with one idea.

Rafa Rico's new single 'Wonder' is available to stream now. Check out the new video for it in the player below.

15 hours 27 min ago Following up the release of her brilliant 2019 LP 'III', BANKS has now returned to share a brand

16 hours 17 min ago After cracking out a string of impressive offerings over the last few months, emerging US outfit