Her new single 'Run The Lights' is out now 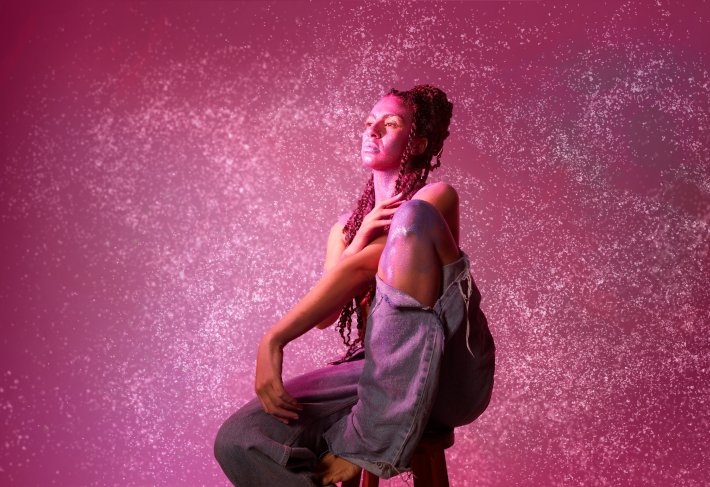 Following on from the release of her sensational single 'Weave My Web' last month, emerging R&B artist RAHH is back once again with her powerful new effort 'Run The Lights'.

Developing on the broad and euphoric direction she is quickly cultivating for herself, 'Run The Lights' showcases a fresh and inventive name at the helm. With its bold and soaring production, pulsing tones, and her own immaculate voice layered throughout, she is certainly one to keep an eye on for the year ahead.

So with the new single available now, we sat down with her to find out more about her origins and what has been inspiring her recently.

The saxophone. I think Lisa from the Simpsons played a large part in that. Her solo in the opening credits was always my favourite part. I started playing the saxophone in school and had lessons for a few years but ultimately, I wanted to sing and I couldn’t sing at the same time as playing sax so I stopped. I still love listening to somebody play it beautifully though.

I adored Michael Jackson. When my older Brother went travelling in Australia, he left me with his VHS of the History album and the double CD. It was the best thing ever. I watched and listened until I wore it out. I also loved Aretha Franklin, after hearing her on an advert for her greatest hits album, I fell in love with her voice and attitude so asked for it for my 7th birthday. That album taught me a lot.

I play the only two classical pieces I know on the piano to loosen my hands up and to get my brain thinking melodically outside of the box, it also puts me in a good meditative zone as I need to play them over and over to get them right.

I then go through all my old song writing books looking for unfinished thoughts and ideas to start with. I love to write in a book rather than on my laptop, it makes searching harder but there’s something therapeutic about it. Hopefully I find something there or in my thousands of voice memos on my phone.

Such a hard question, but I’m gonna say Anderson Pak right now as I think his energy and his crowd would be magnetic. I feel like he creates a mood that just feels good, it’d be incredible to be part of that. James Blake would be up there too. His atmospherics kill me and his gigs are always stunning.

The feeling you get when you're on stage performing and you’re just in your zone. Your adrenaline is high and you’re completely in the present moment. When you get to that place it’s really special and it’s all yours. I feel very lucky to be able to go there.

The roller-coaster of successes and disappointments. The highs are high, the lows are low. Sometimes your diary is full of incredible work and opportunities. Other times you’re skint, it’s empty and you feel hopeless. It’s just inconsistent.

‘To go crazy and have fun’. That came from Dave Stewart (Eurythmics). I think about it often before I go on stage. At that point it’s important to let go of any stress and anxiety about your voice, the lyrics, or the audience and to trust in your ability and the emotion. That’s when we’re captivating and unique. It’s not about perfection, it’s about making the audience feel something.

RAHH's new single 'Run The Lights' is available to stream now. Check it out in the player below.

9 hours 56 min ago With her eagerly-awaited new remix EP landing next month, Bess Atwell has now shared the next cut

12 hours 52 min ago After an astonishing run of form throughout his releases over the last decade, South African sing