His new single 'There's Somewhere Else' is out now 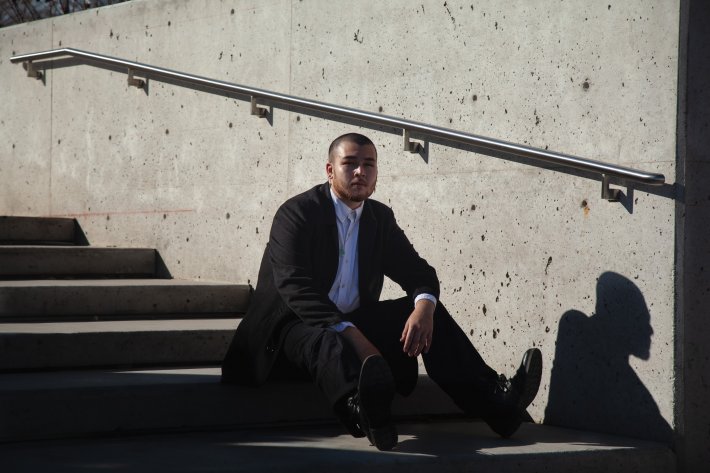 After unveiling his much-loved offering 'Pick Up The Phone // Escape' earlier this year, multi-instrumentalist and producer Rediisin has now returned to deliver his spacey new delight 'There's Somewhere Else'.

Channelling a wonderfully warm and dreamy aesthetic from start to finish, 'There's Somewhere Else' makes for a brilliantly inviting listen. With its energetic direction, sprawling production and his own tranquil voice at the helm, this one will wash over you before sending you on your way throughout.

The first instrument I fell in love with is the drums. I started pretty young on the drums and performed young as well in the Vietnamese community. But then, as a kid I liked drums, but didn't love them. Once I became a teen and started covering songs I liked and played with people I chose to play with, that’s when it blossomed. I remember playing “Seven Nation Army” and just vibing.

During my peak of learning drums, I was a total metalhead. Favourite bands being Eluveitie, Bullet for my Valentine, and Disturbed. After that I started having small phases with genres, spending about 2 months heavily into a genre and moving onto the next.

The first album I ever bought myself was Move Along by All-American Rejects! Right before, I got into metal.

“The System Only Dreams in Total Darkness” by The National is thoroughly a masterpiece. “There Is a Light That Never Goes Out” by The Smiths is a runner-up.

When I write new music I almost always start with drums, I’ll create a couple of beats that work together and then freestyle a song structure including breaks. I’ll then freestyle bass, guitar, synth (if I feel like it), and finally vocals. I have a ton of songs like this, but the ones I chose to produce are the ones that stick in my head for a few days, really showing me that the song has potential. I was definitely influenced by my jazz drumming and freestyle rapping days.

Right now, I’ve been listening to Eyedress, Unknown Mortal Orchestra, and IDLES. However, if anyone were to ask me what my favourite band is, I almost always say “The Drums” or “Bloc Party”.

I would choose IDLES to open for because I think their audience would enjoy me as an opener but also their shows are always a party. My next choice would be Foals because they’re so cinematic with their shows, I’d want to match that energy.

The absolute most rewarding thing as a musician is performing live, and seeing the face of someone straight vibing with the music. Even if it’s one person in the room. No distractions between us, they are just as focused on the music as we are and tell me they genuinely enjoy what I enjoy, which just doubles the enjoyment. I’ve definitely been that guy at other people’s shows, I know what the face looks like. Eyes are focused on the whole band, not one person, their mouth is probably open, and there’s some head bobbing going on hahaha.

The most frustrating part about being a musician is the amount of time and importance marketing has become. I understand why, especially with the technology and norms of today, but it’s frustrating to focus so much time away from making music to make content about the music. I’m the type of person to look for new music rather stumble upon it but not everything is like that so what can ya do.

The best advice I have ever gotten was when I was working as an intern at a record label. On my last day I walked around asking people for advice on my career going forward. Most people talked to me positively, very encouraging, and hopeful for my future, “Best of Luck and Hardwork” type of stuff. Don’t get me wrong it was great advice, but the most impactful was from the grumpiest person in the office because he was so matter-of-fact. He said “Make great music, and people will come to you, don’t worry about finding a manager or agent or PR, if you’re good they’ll find you”. I took that advice and just managed for myself, 3 years later here I am talking to Mystic Sons backed by press!

Rediisin's new single 'There's Somewhere Else' is available to stream now. Check out the new video for it in the player below.