Getting To Know... Retro Kid

Getting To Know... Retro Kid

His new single 'The Room' is out now 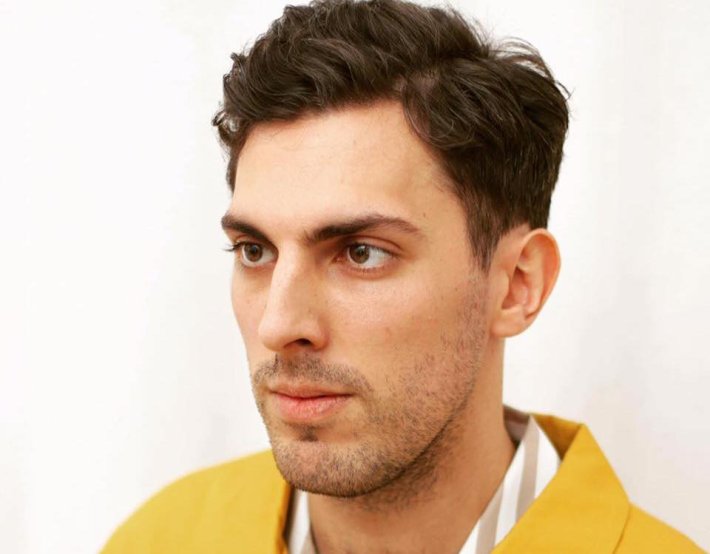 After spending the last few years building and developing his sound, UK-born but Copenhagen-based producer Jake Juba aka Retro Kid has now returned with his breezy new single 'The Room'.

Bringing the same light yet inventive direction as Metronomy, 'The Room' makes for a wonderfully fresh and enticing listen. With its ambient approach to production, bouncing hooks, and stellar vocals throughout, he definitely has a strong grasp over his sound with this one.

Fell in love with… That’s a tough one. I was pretty into my mandolin at school. It had too many strings for these tiny hands, but when sampling now I still have an urge to push towards percussive, folky strings. So thanks to the Mandolin!

I remember my mum blasting out ministry of sound compilations through a jet black boombox. I must have been around seven. I would jump on my bed and go nuts. In contrast I was traumatised by intervals of Cher’s ‘Do you believe’...

My first tape was… Now 54!? And there was one specific song - Move your feet by Junior Senior. A good Danish classic! My first CD was John Lennon’s ‘Greatest Hits’ - bought in BORDERS - what a shop!

New Order - Blue Monday. I only really appreciated this the other day at a staff party. When living away from home, it is a good reminder of my electronic roots from the north.

I like to go on a hunt for relatively unknown sample packs. It is a great starting point for inspiration and I like taping bits together which can then be replicated with midi. + COFFEE.

I am really into the first ‘Shire T’ record. I think it is bold, complicated and shameless - like me. Also nods to ‘Ross from friends’, definitely living in the now of electronic music - he gets it.

Probably Arcade Fire… Supporting them would imply that I have found a place in my music for strong concept and meaning. Hard with glitchy electronics, but not impossible. Also my dad would be proud.

As a producer it is a way to meditate, collect my thoughts and challenge my senses. A place to be - me.

Retro Kid's new single 'The Room' is available to stream now. Check it out in the player below.

4 hours 15 min ago With her highly-anticipated new album landing later next month, Beth Orton has now dropped the ne