Getting To Know... Richey Rose

Getting To Know... Richey Rose

The producer's new album 'LAX' is out now 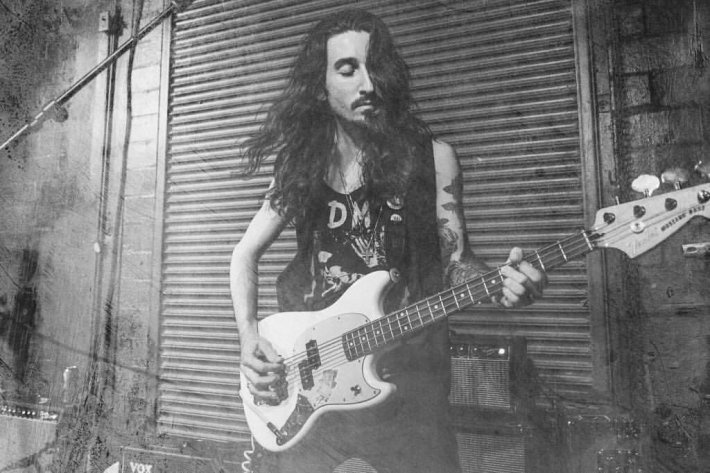 Having spent the last few years releasing a wave of smooth and enticing lo-fi offerings, LA-based producer and songwriter Richey Rose is back to unveil his latest album 'LAX'.

Featuring a batch of soft yet inspiring compositions, 'LAX' sees the artist deliver one of his most confident releases to date. Filled with sweeping tones, rich instrumentation, and a solid gift for captivating hooks, this new collection sees him in a wonderfully effortless demeanour, capturing imaginative intentions at every turn.

So with the new full-length out and about, we sat down with him to discuss his background and what has inspired him most over the years.

A Peavey Raptor my dad gave to me when I was 9 years old, though it wasn’t until I was 13 that I started to fall in love with it. It was my first guitar and I played it in a pop-punk band I had in high school.

The joy of creating something from nothing, and being able to say something musically that I otherwise couldn’t and/or wouldn’t. But if we’re talking specifics, my time spent in NYC as a whole.

When I was 13 I loved Korn, Limp Bizkit, Marilyn Manson, and Blink-182. Basically just the perceivably “alternative” stuff that would be on MTV at the time. I found the local punk scene in my hometown soon after that, and they got me into bands like Ramones, Pistols, NOFX and Rancid. A bit later I was really into Saddle Creek bands, like Cursive, the Faint, Rilo Kiley and Azure Ray. I also had a Pavement phase at one point. But the real a-ha moment was when I heard Joy Division and the Smiths for the first time when I was 17. They were the most serious diversions in my musical path at the time.

An inherent need to be creative.

I’m obsessed with the duo Prospa, from Leeds. They’re definitely going to be my most listened to artist of 2020.

Having Martin Gore watch my band’s set once in 2015.

Richey Rose's new album 'LAX' is available to stream and download now. Have a listen to it in full via the player below.

5 hours 42 min ago With his highly-anticipated new album just a month away, Leon Bridges has now unveiled the next c

5 hours 36 min ago Despite arriving seemingly out of nowhere earlier this week, plenty of tastemakers are already pr