Getting To Know... Roi Bars

Getting To Know... Roi Bars

His new single 'Run From The Police' is out now 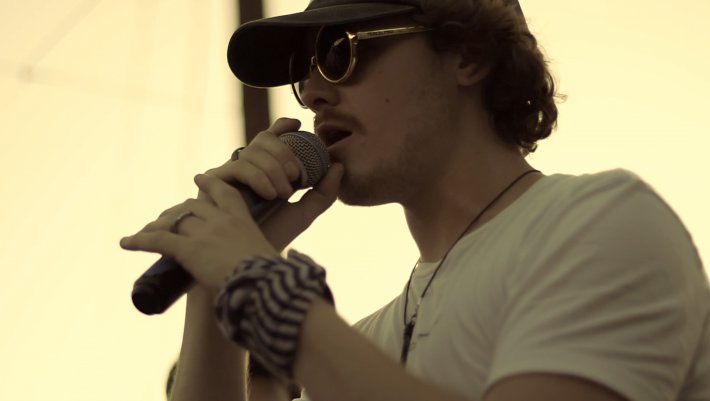 After originally emerging from the small town of Guadalajara, the now San Diego-based artist Roi Bars has been hard at work developing his distinct sound and now returns with his latest anthem 'Run From The Police'.

Bringing back more of that fresh and energetic direction he is known for, 'Run From The Police' makes for a fun and enjoyable ride. Filled with vibrant pace, killer hooks, and his own upbeat demeanour at the helm, it feels like he is onto something very special with this new one.

The Drums. My dad had one in his studio so I just woke up in the morning and started to play my favourite songs. I found it really energetic and fun to use.

I enjoyed different types of genres but the alternative rock like Radiohead, Muse, 30 seconds to Mars, etc. were my day one. My dad got me into classic rock a lot, which I still listen often.

Toxicity - System of a Down.

Sometimes I get all over the place when I start making music so I like to prepare a basic list of things I’m going to do in certain order to be more efficient but nothing much. I like to see how things unfold by itself.

Hard to choose but if I had to pick a few it would be Frank Ocean, Post Malone, Harry Styles, Mac Miller, Doja Cat.

The feeling after playing a good show filled with energetic people.

Trying to get people to do things when they don’t have the same ambition on music, and managing my own marketing, PR.

Do not pay attention of what others are doing and enjoy the process.

Roi Bars' new single 'Run From The Police' is available to stream now. Check it out in the player below.

8 hours 2 min ago With his highly-anticipated new album dropping early next year, Miles Kane has now unveiled the n

7 hours 55 min ago Just when you think the indie-rock scene has reached peak saturation, an artist comes along and f