Getting To Know... Roleplay

Getting To Know... Roleplay

Her new single 'My Sun' is out now 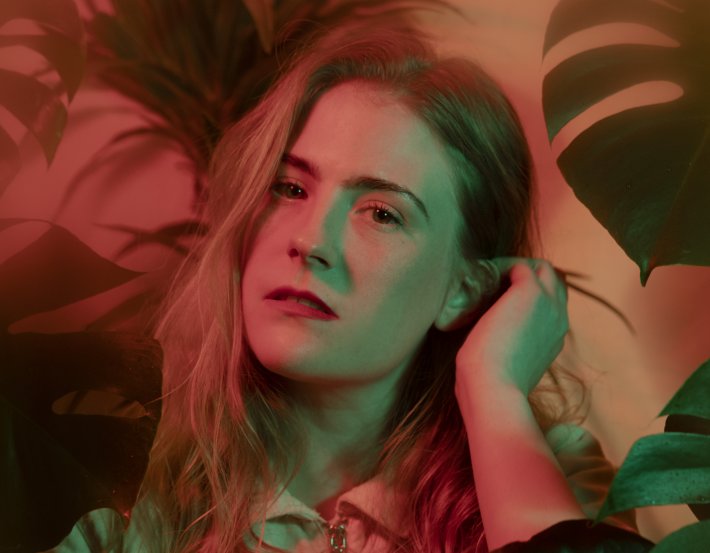 Following on from the release of her fantastic debut single 'Jingle Bells', which arrived at the end of last year, London-based artist and producer Anna Haara Kristoferson aka Roleplay has now returned with her stunning new offering 'My Sun'.

Channelling a rich and dynamic electro-pop aesthetic from start to finish, 'My Sun' makes for a broad and atmospheric return for her. Filled with tranquil textures, pulsing production, and her own otherworldly voice soaring throughout, it feels like she is well on her way to becoming one of the most impressive new artists of the year.

So with her new single available now, we sat down with her to find out more about her background and what has inspired her most over the years.

I’m gonna say the guitar at sixteen. I took both piano and accordion lessons when I was younger, but there were all these rules to follow and I often didn’t find the songs I got to play very inspiring. With the guitar it was different. I just taught myself some chords and then learnt how to play the songs I loved. It gave me this sense of freedom and inspired me to start writing my own songs too.

Both my parents are music lovers and introduced me to jazz and classical at an early age, but I’ve always listened to music from many different genres. I discovered British rock when I was a teenager, Oasis and The Beatles being my main obsessions. I’ve also had a weak spot for pop music, old and new, for as long as I can remember. Everything from Spice Girls to Stevie Wonder.

My first album was ‘Robyn Is Here’. I remember writing down all the English lyrics to ‘Do You Really Want Me’ phonetically in my diary without knowing what they meant at the time, just so I could sing the song.

‘Human Behaviour’ by Björk. I’ve loved it ever since the first time I heard it when my parents played it at home. It’s a timeless masterpiece.

In the past I always used to wait for inspiration to strike, but have since realised that there’s a lot of truth to the saying “inspiration finds you working”. Now I try to write as often as possible and have found that a daily routine works really well for me. Ideally I’ll wake up at 6am and go straight to my home studio. I’ve also learnt to accept that writing mediocre songs in between the good ones is part of the process. It makes writing less daunting and means I’ll do it more consistently. I try to listen to a lot of other music too and love discovering new stuff. It’s very important to keep filling your well of inspiration.

I listen to a lot of jazz at home. Herbie Hancock is one of my go-to guys. I really connect with the playful energy and chaos of jazz and it kind of relaxes me too. Over lockdown I had a lot of late 90s and early 00s pop on repeat, like William Orbit’s ‘Ray of Light’ with Madonna and ‘Pure Shores’ with All Saints. I love the lush and dreamy soundscapes. You can definitely hear those influences on ‘My Sun’. When it comes to contemporary music I really like Wolf Alice. Their 2017 album ‘Visions Of A Life’ is stunning.

St. Vincent would be an absolute dream. I adore everything about her.

I love both the writing and the performance side and I couldn’t imagine my life without either. Writing songs is such a big part of who I am and as someone who’s been struggling with mental health it’s definitely a form of self-therapy, a creative catharsis. And if people who listen to your songs connect to them and it helps them in any way, that’s an even bigger reward. When it comes to playing live, there’s just nothing quite like it. I feel the most present and the most alive when I’m on stage. I’ve been missing it like crazy over lockdown.

You have to be very successful in order to make a living from music and a lot of it has to do with luck rather than just talent, like being at the right place at the right time and meeting the right people and so on.

Work hard, trust yourself and enjoy the ride.

Roleplay's new single 'My Sun' is available to stream now. Have a listen to it in the player below.