His new single 'Supersonic 'is out now 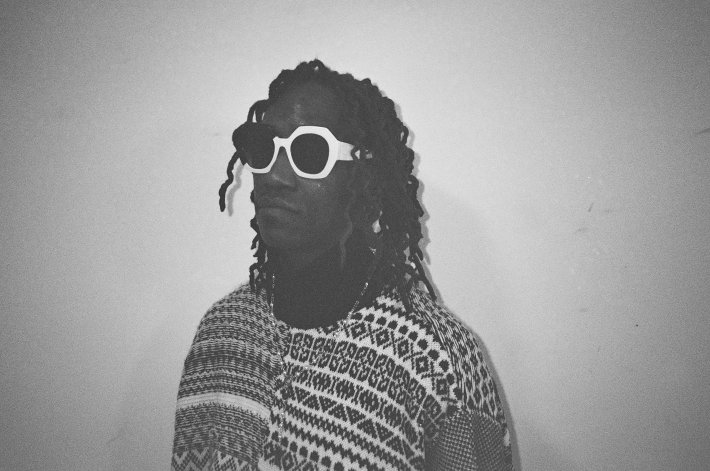 Known for his prolific output where he releases a brand new EP every year and has done so since 2016, West Yorkshire-based artist Ronnie Zyon is back on the grind once again as he delivers his new single 'Supersonic'.

Capturing more of that warm and inviting aesthetic he is known for, 'Supersonic' makes for a wonderfully rich and textured listen. Channelling a heady mix of R&B and ethereal tones from start to finish, his newest release is another shining example of his shimmering direction to date.

So with the new single available now, we sat down with him to find out more about his origins and what has been inspiring him lately.

The first instrument I fell in love with was an old Casio keyboard. I got given a second-hand keyboard by a family friend when I was 12 and would just stay inside and play it. It had a recording feature on it so I then started recording loops and trying to write to them.

I loved absolutely all music when I was younger, I didn’t know how to pirate music so I’d have friends send me whatever music they had via Bluetooth and I’d take what I could get. I ended up listening to all types of genres because of this and I attribute my versatile sound to this.

The first album I remember owning was SBTRKT’s self-titled album. I remember being mind blown when I heard Sampha on “Living Like I Do” and it changed the way I listened to and made music since.

I’d have to say it’s King Krule - “Portrait In Black & Blue”. I can remember this being a turning point in how I viewed songwriting. It’s so cryptic and multi-layered that you could listen to it many times without understanding the lyrics. But this means it relies heavily on the vibe which brings you back to unpack more, and this is something I’ve always tried to replicate since.

I wouldn’t say I have any rituals before writing but I always end up writing in the shower, it’s where ideas come to me the most and I find that if I can remember the lyrics after then it's worth recording. I write everywhere and anywhere but I think it’s mostly in the shower because it’s where you’re at your most vulnerable.

At the moment I’m listening to a lot of PartyNextDoor, Yves Tumor, Destroy Lonely, Deftones & ‘Hardrock’ which is my favourite at the moment. I feel all they have music for any mood I could possibly feel right now.

I’d probably open for Flying Lotus because I’d love his fan base, I think they’re really open minded and love anything ethereal.

I’d say the most rewarding part is when a listener relates to the music the same way I do. Being a big music fan myself, I know the feeling of falling in love with a song and it is the soundtrack to whatever I’m going through at the time.

I’d say the most frustrating part is probably that your least favourite songs sometimes get the best response. So trying to find a balance between what you like and what your audience likes is tricky sometimes but it comes as part of it all and I don’t let it affect my creative process.

The best piece of advice I received was to trust the process and stay true to myself.

Ronnie Zyon's new single 'Supersonic' is available to stream now. Check out the new video for it in the player below.