Getting To Know... Ross Newhouse

Getting To Know... Ross Newhouse

His new single 'Dagger Earrings' is out now 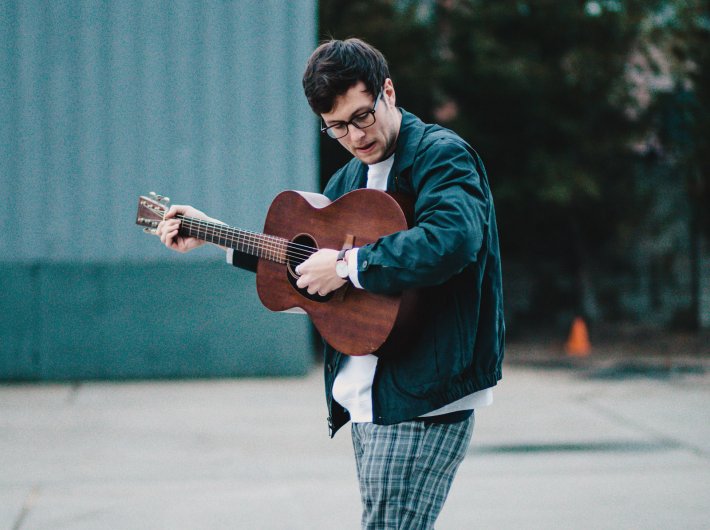 With a sound that conjures up comparisons to the likes of Bon Iver and James Vincent McMorrow, emerging New York-based singer and songwriter Ross Newhouse has returned once again to deliver his magical new single 'Dagger Earrings'.

Lifted from his latest EP 'Suddenly, I Demand Repair', which is out now, 'Dagger Earrings' shows the artist in fine form. Jam-packed with soft and spiritual atmosphere, sweeping tones, and his own captivating voice throughout, he is definitely showing us something very special on this new release.

Even though I started with guitar, something about getting better at singing was so cool to me. Because it’s not an external instrument and is a part of you, I think there’s a lot of pressure when it doesn’t sound good or what you want it to sound like, but when you start honing in on the skill, it becomes very rewarding and a reflection of you and your moods and spirit.

I got into Modest Mouse in the 5th grade and have pretty much been emotional since. Thank you, Isaac Brock, I couldn’t just listen to Crazy Frog like the rest of my grade, I had to dive deep into the Lonesome Crowded West, buy a guitar, and pursue the arts. I also listened to a lot of what my Dad liked, like Van Morrison, and a lot of what my Dad hated, like Rage Against the Machine.

I love this question: there’s a song by my friend, Jack Van Cleaf, named Pearl Harbor Day, that I think is so ungodly smart that I wish it was mine. I also wish I wrote the melody of Re: Stacks by Bon Iver. Outside of my genre, I think writing 6 foot 7 foot would have been absurd. Can you imagine being the one who penned “real G’s move in silence like lasagne?” – that’s something I don’t think folk musicians would get away with saying.

Lately, I’ve been trying to find a word to start the song, because otherwise I’m just waiting for inspiration to strike, and I find that I take too long off after I write a song. It’s like this honeymoon period where I write a song and then am so high off it I just don’t write again for a week or so. I’ve been trying to get over that, because I’m a songwriter by trade now and shouldn’t get so proud of myself every time I do my job. Can you imagine a doctor taking a few weeks off every time they treat a patient? What I’m saying is, I’m a doctor.

I’ve been really into Petey, I think his vocals are very similar to the angst that Modest Mouse used to have, and he’s one of the best lyric writers out right now, hands down. I also admire Derek Ted’s melody writing, and I’m pretty sure he mixes for Runnner and Field Medic, who are also my favorites. It’s funny how great artists surround themselves with great artists.

Nicki Minaj, how fuckin’ random would that be. But, if I didn’t want to get booed off the stage, probably someone like Anthony Green, he’s an idol of mine and it would be low-key.

Being your own boss, if that’s not corny to say, and finding people with the same hopes and dreams and who understand you deeply as a person. I rarely see other songwriters at my level as competition, and whenever I meet people at my level, we’re all hungry to collab and learn more about each other.

Comparison and finances. I’d just mentioned that I rarely see songwriters at my level as competition, but sometimes I get so caught up in others' successes that it makes it hard to actually enjoy music. I’ll listen to a song I like and instead of liking it, I’ll think, “why have I not written something like this” – or instead of just posting on Tik Tok, I’ll see some kid blow up off a single chorus and wonder why I’m not focusing more on catchy hooks and less on lyrical folk. All of this comes in waves though, and it’s important to not let it stunt you or sway you off your course.

Take breaks. That “work 24 hours a day and outwork everyone else” shit will get you killed.

Ross Newhouse's new single 'Dagger Earrings' is available to stream now. Check out the new video for it in the player below.

4 hours 21 min ago Following on from the release of their much-loved LP 'Get Up Sequences Part One' last year, The G