Getting To Know... Ryan Edmond

Getting To Know... Ryan Edmond

The frontman's new single 'If She Knew' is out now 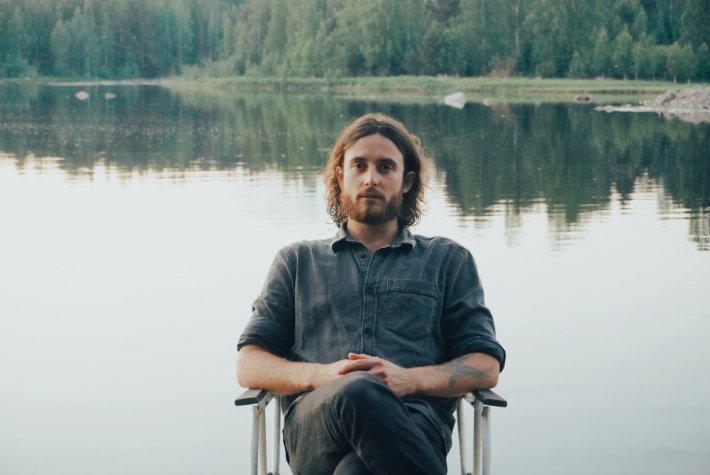 Having already received huge amounts of praise from the likes of Clash Magazine and Triple J for his previous releases, Australian singer and songwriter Ryan Edmond is now looking to continue his positive form with the unveiling of his latest offering 'If She Knew'.

Lifted from his soon-to-be-released debut EP, 'If She Knew' sees the frontman channel a bright and euphoric aesthetic throughout. With a diverse array of instrumentation, sweeping tones, and his own atmospheric vocals at the helm, this newest delight looks set to see him become just as big a name on these shores as in his homeland.

So with the new single taking over the streaming services right now, we decided to sit down with him to find out more about his origins and what has been the biggest inspiration for him over the years.

My Grandfather introduced me to music at a young age, I must have been around 6 years old. He taught me the cornet, which is just like a trumpet although smaller. I remember playing in his brass band with my feet just dangling off the chair because I was so small haha. The cornet is definitely the first instrument I fell in love with, both because of the sound but also because of the times I spent with my grandad learning it.

A mix between traveling the world and getting inspired to different cultures and places, but also small things in my day to day life and people that matter to me. I also like to create characters and write from their point of view.

That's a tough one!! I listened to everything from Tupac to AC/DC and Bob Marley to Miles Davis. Then the more recent artists such as Jack Johnson, Xavier Rudd, Queen of the Stone Age, Arctic Monkeys and more! I love all kinds of music and like mix it up to stay inspired and not get stuck into a box of one genre.

Nothing really comes to mind as the song that made me want to pursue life in music, although I remember listening to Gregory Alan Isacovs song ‘Black Car’ when I had just began to start singing and my goal was to be able to sing that song.. I had it as my goal and once I learnt it I just wanted to learn more and more! Once I cracked through the first song I also felt so excited to start writing my own ones.

At the moment it's usually one of my Spotify daily mixes I have on repeat every morning. It includes some Gregory Alan Isacov, Matt Corby, Dope Lemon and Lime Cordiale to name a few! I’m also listening to audio books quite often too.

Just a handful actually! One of my favourite ways to write is to just make up characters as I am writing.. I don't know if they resemble people I know, I try not to think too deep about it in the moment of writing, I just go with the flow so to speak. Writing about these different personas is like telling stories and I love how creative it makes you be. Sometimes they are totally made up, and sometimes they are inspired by a scene in my life, someone I know or a feeling.

I would probably say recording the upcoming EP at Hot House studio in Melbourne, Australia. It has been a lot of fun but also heaps of chaos haha! It has taken me a few years to get it to where it is now and I am so excited to soon be able to release it.

I would say working with my girlfriend on our sustainable clothing company True Threads. I love to stay active, whether it's surfing, snowboarding or most recently - sailing.

I am also a carpenter, so I would definitely stick to that haha! I had a few years off recently and really focused on recording and touring. I really enjoy being outdoors and working creatively with my hands.

Take every opportunity that comes your way, don't overthink your mistakes and enjoy every moment.

Ryan Edmond's new single 'If She Knew' is available to stream and download now. Have a listen to it in the player below.

10 hours 32 min ago With his highly-anticipated new album now less than a month away, Jake Bugg has now unveiled the

10 hours 26 min ago After spending much of the last year developing and cultivating their sound, emerging Australian