His new single 'Run The Red Light' is out now 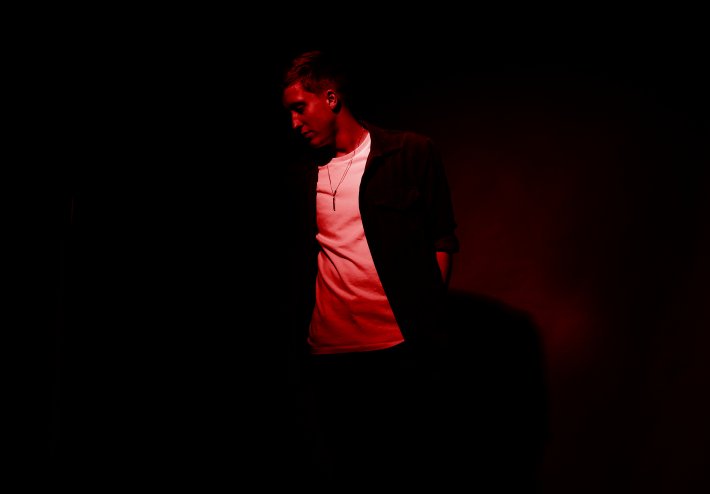 After delighting us with a captivating array of offerings this past year, which have seen nods from BBC Introducing and a UK number one on international radio station Amazing Radio, singer and songwriter Sam Gifford returns once again with his shimmering new release 'Run The Red Light'.

Channelling a bold and euphoric pop-rock direction from start to finish, 'Run The Red Light' makes for a wonderfully vivid listen. With its warm and uplifting tones, dynamic textures, and his own soaring voice at the helm, it certainly feels like he is heading for big things on this one.

When I was 13, I bought my first ever drum kit. It was an electronic one, so I could put my headphones on and not disturb the family. I certainly got my money’s worth out of it. It was the only instrument I performed at graded assessments meaning I am technically a grade 8 drummer. Unfortunately, I have had less and less time to drum over the years, but my knowledge of the instrument is certainly helpful when composing.

I suppose it would be those artists that I first began drumming to when I fell in love with music at the age of 13. By the time my first drum kit arrived, I was obsessed with The Beatles and was forever playing their song ‘Get Back’. From there I found some of my favourite bands such as Switchfoot, John Mayer, U2… bands and artists that I still listen to today.

I can vividly remember buying my first album. It was The Script’s debut album. Again, at the time this album appealed to me because of the drumming that featured on it. Following on from that, I brought home Ne-Yo and Akon CDs. A result of peer influence which left my dad (a hardcore Bruce Springsteen fan) close to tears.

Coldplay are one of my favourite bands. They seem to have always been a band that strongly divides people. Like marmite, they are loved OR hated. For me, ‘Fix You’ is one of the greatest songs of all time. It’s a song that I have tried to replicate elements of in my own works such as the emotive lyrics, gradual build in texture and anthemic climax. Of course, this is just one of the many songs that I could have picked. I am constantly hearing new music that I wish that I had crafted before the original artist.

When I’m writing a new song, I often try to begin by writing on a different instrument from the one I may have previously used for writing the song before. I believe this is quite common amongst songwriters as it just brings an element of ‘freshness’ to the process. I also like to turn the lights down low and look out the window to try and create a slightly different atmosphere. Other than that, I wouldn’t say I have any rituals or habits, however my writing process is certainly very structured.

The best thing to come out of 2020 has been the volume of albums written to be released this year in 2021. Albums from Coldplay, Sam Fender, Switchfoot, John Mayer, Jon Foreman, Tom Odell, Inhaler, The Killers… There has been plenty to listen to and it works as a great inspiration for writing my own music.

Coldplay. Hands down. First of all, they are the only one of my favourite artists that I have never been able to see live so it would be great to get some tickets for once! Secondly, their shows create an atmosphere which can not be replicated. It's not just the expansive music, but it’s the stage, the lights, the pyrotechnics, the confetti, the fans…. Of course, I am saying all of this only off the back of what I have seen on YouTube.

Playing live to a room full of people. For the most part, being an up-and-coming musician can be very lonely. Especially if you are a solo artist like me. This puts me in charge of songwriting, arranging, bookings, promotion, social media, graphics, video shoots, photo shoots, merch etc.. So when you put so much heart and soul into a project, the best return is to see a crowd full of people enjoying your product. Not some stats on a page that tell you whether your song is performing well or not, but actual physical evidence. I can’t wait to get back out there!

Unfortunately, at the end of the song writing process, my mood for the coming days/weeks is determined by the quality of my latest work. If the song I have just written doesn’t give me ‘THAT’ feeling in the days following its completion, I can get incredibly frustrated. For every one of the songs that don’t make the cut, I question my ability as a songwriter. That can make my attitude towards writing unhealthy and so I do my best to dive into whatever the next idea is.

Jon Foreman is one of my favourite songwriters. I remember watching one of his interviews when I was just beginning to write songs. He said, ‘If you’re going to be out there singing the same songs night after night away from your families, you better believe in the songs you are singing’. As a result, I have always kept themes that are important to me at the core of my songs and have always attempted to write with meaning and intention.

Sam Gifford's new single 'Run The Red Light' is available to stream now. Check it out in the player below.

3 hours 31 min ago Following on from the enormous praise for her 2019 self-titled debut album, SASAMI is back to ann