Getting To Know... SamSeb Kierkegaard

Getting To Know... SamSeb Kierkegaard

His new single 'Luna: The Invisible Irony' is out now 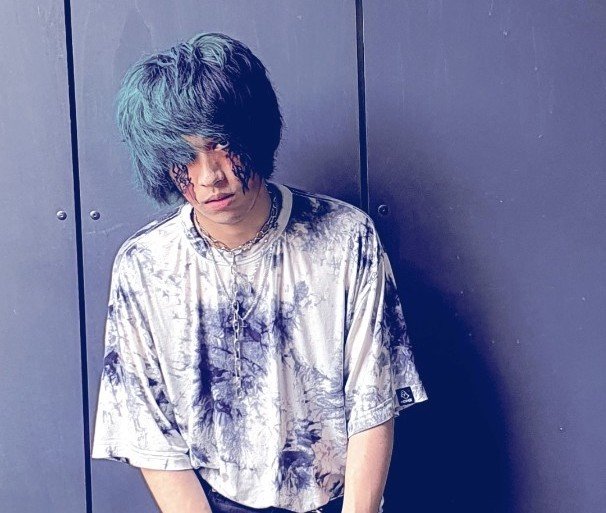 After beginning his journey during the first UK lockdowns, Chatham-based artist SamSeb Kierkegaard has been on a steady rise ever since and now returns with his powerful new single 'Luna: The Invisible Irony'.

Channelling a bold and blistering alt-rock direction from start to finish, 'Luna: The Invisible Irony' showcases some wonderfully vibrant aesthetics. With his soaring vocals riding a wave of driven guitar and pounding drums, it feels like we are going to be hearing a lot more from him throughout the rest of 2022.

Back when I was younger, I used to play the piano a lot, but I found it boring back then. And I regret that I stopped playing the piano, since I think it would have been really cool if I continued playing. Instead, I think it was back in primary school in Korea and we had to bring a guitar for the class and spend time learning it once a week. So, my dad bought one for me and I think since then I just plain loved that feeling of expressing my emotions by the means of strumming 6 strings. I feel very intimate with it too since when you’re holding it to play songs, it looks like you’re hugging your guitar like your soulmate. I guess I didn’t get that sense of intimacy from piano and I fell in love with guitar in contrast.

My family’s very musical and especially my dad, he loves great classic bands like the Animals, Black Sabbath, and Smokie. People around my age plain liked listening to k-pop boy and girl bands, but it didn’t really appeal to me much thanks to my dad’s influence. I grew up listening to pretty much what my dad loves listening to, especially Smokie, they are my dad’s favourite. and I just can’t thank him enough for that.

I think it was on my birthday, my dad bought a Beatles album called ‘One’, which is a compilation album, and I could never forget the exhilarating joy and the sensation when I first gave it a listen. Especially ‘Come together’. The aggressive vocals of John Lennon, the simple but cool guitar riff accompanied by Ringo's drum beat. I love it a lot. Even now it feels so different every time I visit to listen to the track again.

Really good question. I’m a big fan of David Bowie, and I think he was such an amazing human being (or an extra-terrestrial) and made of genius. I wish I could have written one of his iconic songs, ‘heroes’. It’s such an amazing song where I’m forever just emotionally intrigued by Bowie’s vocal performance. I’m very introverted, but extroverted around people I feel comfortable with. Hence, the song speaks to me personally in a way that the main character in the song shows this determination that he wants to fearlessly march on, whilst he still has this fear of encountering the obstacles in the journey. And just the composition of musical instruments that accompany Bowie’s brilliant vocal performance, make the entirety of the song sound as though the main character in the song is constantly walking towards the light being chased by darkness ready to haunt him. Just don't be scared of all the ‘what if I say something silly’ or ‘what if I weird people out’, which is roughly how my mind functions in conversations haha. But I can be a hero too and beat all my dark insecurities! That’s just my personal take in making analogies and I could go on forever talking about this but oh man imagine somehow, I contributed to the making of this genius song. Just how amazing is that?

I think I try to visualise a sort of a made-up world where I create characters and what stories they have to offer with the music I’m writing being played in the background. For that reason, I guess I just started writing stories about them, which is how I wrote Luna: The Invisible Irony. The boy who wants to escape the city of Reality finds a standalone door glowing in the dark, Uncertainty the Monster who’s constantly chasing him down, and a blonde-haired girl called Luna who appears in the city of Dream and Happiness. Not to mention, I like watching Tim Burton films and reading philosophical books by Soren Kierkegaard in song-writing processes. They are like my dark muses and they are forever inspirational to me.

Lately, I’ve been listening to many bands from different eras like Joy Division, Siouxsie and the Banshees but also contemporaries like Pale Waves and Dance Gavin Dance. In particular, I’ve discovered Softcult lately. They give off a sort of the mixture of dream-pop/shoegaze and 90’s pop rock in a way. Especially one of their songs – ‘perfect blue’, I just love it and I’ve been playing it on repeat 24/7. They are really talented and I like them a lot, making me almost visualise myself as I’m going to a run-down hotel in a very alluringly purple city, lying down on a bed and looking at the ceiling in an early 90’s film setting. So hella cool.

Luna. My personal symbology of what is yet to come, but the apparent impossibility of perceiving her existence for the time being. I would like to open a show for that particular individual who cannot be perceived at the moment but, in blind faith, believed to be someone whose transcendental glimmer of light could make me smile one day. But also, to people I love a lot: my friends and parents, and people who appreciate my songs, because they mean a lot to me. Love friendships of those who are around you, people. Whilst it may not be obvious, the values of these friendships are irreplaceable and incomparable to any.

I think it’s the fact that I can express what I perceive in the made-up world I create, and communicate with the audience giving them extraordinary, outside the ordinary experiences. I think that is probably why I like to include storytelling elements in the song. I often find myself seeing the world in the shoes of the character in a film to understand what that character must be feeling. Whilst I’m audibly portraying the emotions throughout the song, in the knowledge that there is someone who would be conveyed with this ethereal reality to find this either motivational or relatable is what I find the most rewarding part about being a musician. And that is what music is about too. Music as the understanding of the emotions conveyed throughout the musical story, the sensation of togetherness or the driving force in the midst of despair and agony an individual is experiencing is paralleled by the characters in the song. Isn’t that amazing? That should be the most rewarding part about being a musician and I think it is indeed.

One of the frustrating parts for me as a musician is that whenever I don’t like how my lyrics sound or certain musical elements in the song, I sometimes get negative thoughts reverberating in my mind that tend to be critical and comparative with other amazing artists. It’s part of the reasons why I wrote ‘Metamorphosis (2020)’. Comparisons I used to make between myself and others were very not healthy, and I wanted to transcend that fear of fixating myself on any haunting negative thoughts that stop me from going forward. Gradually, I’ve learnt that this toxic comparison is antithetical to growth but there’s only one thing I need to be comparing myself with: SamSeb Kierkegaard in the past and SamSeb Kierkegaard today to see how far I’ve come in my life journey and appreciate them both since they are equally important to me in my continuous growth as a musician but also as a human being.

Last year, I was on this song writing webinar Beabadoobee hosted. She is really cool and she shared the processes she goes through when she writes songs. I asked her in the webinar, how does she write about her feelings without cringing at the thought of people hearing it. I was surprised to hear, quoting directly, from her replying back as she chuckled: ‘that is literally my life’, and she said along the lines of ‘if someone could relate to it, then she is just thankful for that, which is fun and that is what music is about’. It was a reminder that I needed a lot when I was questioning myself back then whether people will like what I write about and basically the never-ending ‘what if people will think about me this way or that way’ phobia which I get sometimes even now too. If my messages in the songs could be meaningful to some and help people continue walking in their personal life journey, I don’t have to be cowering in all the cringe-ness but be thankful. Only in darkness do we see the splendour of Light. It is my only desire, as a self-acclaimed introverted extrovert cringe king, that people in the midst of despair would see the radiance of Light to continue walking forward.

SamSeb Kierkegaard's new single 'Luna: The Invisible Irony' is available to stream now. Check it out in the player below.