Getting To Know... Scrawny

Getting To Know... Scrawny 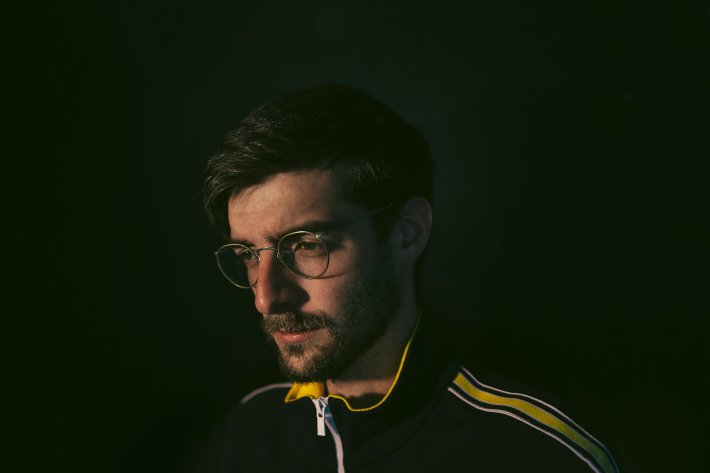 After spending the last few months unveiling a wealth of bright and euphoric new delights, emerging artist Jesse Dill aka Scrawny has now delivered his vibrant new EP 'I could learn a thing or two'.

Led up by the soaring lead single 'Space', 'I could learn a thing or two' showcases him as a bold and enticing name rising right now. With its sweeping psych-pop textures, warming atmosphere, and his own mesmerising vocals layered throughout, he is certainly setting himself up for big things with this release.

So with the new EP available now, we sat down with him to find out more about his origins and what has inspired himself throughout the last few years.

The first album I remember owning was a cassette tape of The Monkees Greatest Hits. I would listen to that tape over and over. I still to this day listen to "Shades of Gray" and "Daydream Believer" back to back because of it.

Wouldn't It Be Nice by The Beach Boys. That song is incredible. The instrumentation is so complex but it fits together perfectly. It has the iconic Beach Boys vocals and harmonies that I love. If you haven't listened to it in a while, go get your best pair of headphones and give it an honest listen. It is a near perfect song. I could go on about it, but it's a song I never get tired of.

I typically write new music with the melody in mind first. So, I will hum or sing out nonsense while trying to work out a song. What happens most times is that "nonsense" ends up being some of the final lyrics of the song, because I get so attached to it. But, there is no one way I've found to be best when writing a song. Songwriting is all about finding something unique that excites you, and I think it's best to discover that through different methods, instruments and influences.

grandson has been putting out some great music. A good song to start with as an introduction to his music is: "Blood // Water." I've also recently discovered a band from the 60's called The Seekers. Going through their discography has been a delight! I'd suggest giving "Georgy Girl" a listen. Just beautiful harmonies!

I would love to open for Twenty One Pilots. They have such an incredible stage presence and energy. They are also one of my favorite bands. Tyler and Josh seem so genuine and honest. It would be amazing to open for them and get the audience ramped up for their performance.

The therapeutic task of getting words out of my system. The expression of thoughts that I feel have been locked away. I always hope that my music can connect with others and possibly even help them. But, as much as it's helping others, it's helping myself too. Being a musician has helped me work through some internal battles I've fought. I'm very grateful for that outlet.

The most frustrating part is not feeling good enough or not liking my own work. Sometimes, I'll show my wife a song and she'll love it. But, I talk down on it because I don't feel it's the best I can do. I frustrate myself with my own perfectionist expectations. I'm learning to accept that good music can come from something that may not be perfect; and usually that's why someone likes something in the first place. If all music was programmed to be "perfect," it would be lifeless. So, that is a balance I'm still learning: between excellence and imperfection.

It sounds silly but, "practice." There are many talented and skillful musicians, but they did not get that way overnight. Practice every day, build up your skills and muscle memory. Challenge yourself to get better at an instrument you may not be comfortable on. I still have the mentality of, "I don't know how to play guitar," because that pushes me to keep learning. That's advice I received in high school and I continue to tell it to myself all the time.

Scrawny's new EP 'I could learn a thing or two' is available to stream now. Check out the new video for lead single 'Space' in the player below.

1 hour 3 min ago With their eagerly-awaited new album arriving in the coming months, Sea Girls have now unveiled t

52 min 20 sec ago Having dazzled so many with a string of impressive releases these last few months, which have see