Getting To Know... SHADER

Getting To Know... SHADER

The band's new single 'True To Life' is out now 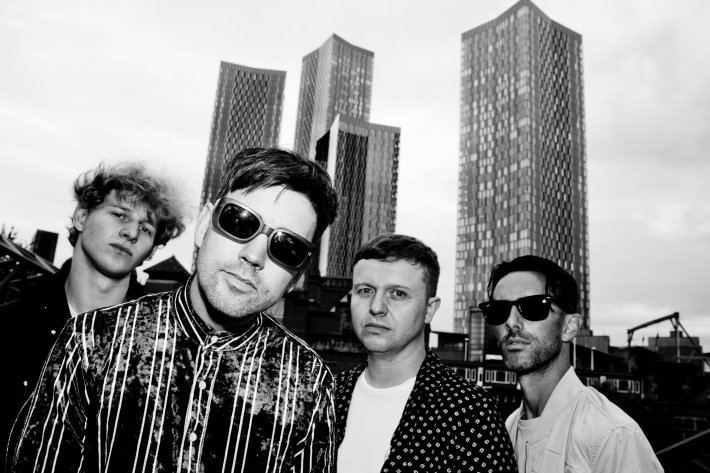 Following on from the enormous success of their previously shared singles 'Time Is Right' and 'Be My Saviour' earlier this year, British outfit SHADER are now looking to do it all again as they unveil their latest anthemic release 'True To Life'.

Channeling the more euphoric side of the indie-rock aesthetic, 'True To Life' sees the four-piece deliver a truly stellar return. Filled with huge production, soaring chorus, and an ever-catchy hook, expect to be humming this one for days to come.

So with the new single out and about, we sat down with the band's lead singer and guitarist Stu Whiston to find out more about his background and what has inspired him most over the years.

I remember seeing an electric guitar in the Argos catalogue as a young kid and being drawn to it’s mystic. The first actual instrument I got was a Casio keyboard and a play along songbook.

There’s a distinct Manchester influence in our sound with bands like The Smiths, Happy Mondays and Joy Division but within that there’s elements of early U2 and Echo and the Bunnymen too.

Grew up listening to my parents music which was Fleetwood Mac, The Beatles, The Carpenters, U2, Sex Pistols. Then came Oasis and Nirvana. Big exploding choruses.

I started demoing my own songs on a digital 8-track and I used to play them in my mates' cars when we were out and about. They were into them and that was enough of an incentive for me to decide that’s what I wanted to do in life.

Could be anything. Lately a lot of Simple Minds, Tame Impala, John Lennon, The La’s, Manic Street Preachers.

Every song is influenced by people and situations.

Getting to number 2 in the UK Physical Singles Chart was pretty memorable. Seeing your band in there above Liam Gallagher, Noel Gallagher, Paul Weller and New Order was insane.

SHADER's new single 'True To Life' is available to stream and download now. Watch the new video for it in the player below.

22 hours 40 min ago Following the release of her highly-acclaimed EP 'SHE' near the end of last year, Winona Oak has

1 hour 42 min ago After releasing her highly-praised EP 'Too Much Information' near the end of last year, Israeli a