Getting To Know... The Silver Bars

Getting To Know... The Silver Bars

Their new single 'The Morning' is out now 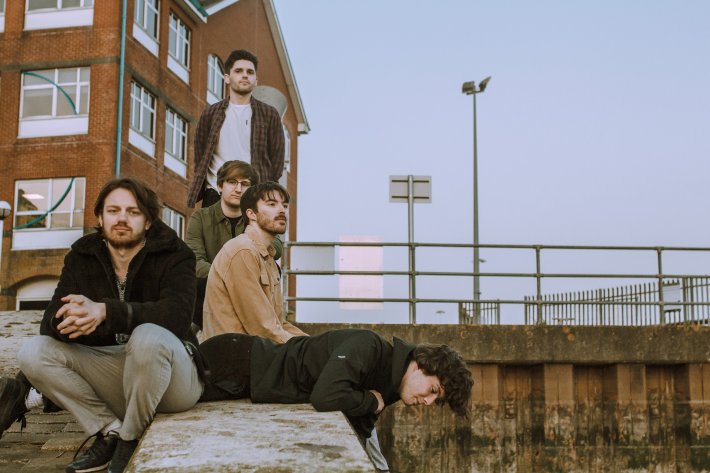 After releasing their brilliant EP 'No Luxuries' earlier this year, Cumbria-based outfit The Silver Bars now make a glorious return with their vibrant new single 'The Morning'.

Mixing bright and uplifting indie-rock tropes with more troubled and anxious lyrics gives 'The Morning' an instantly engaging feel from start to finish. Filled with energetic pace, vibrant textures, and some incredibly catchy hooks throughout, this new one definitely grabs your attention and never lets you go.

Matt - I took a real interest in guitar at first before seeing a drum kit was a prize in my primary school raffle. I don’t even think I entered for it but after that I was dying to play on one! Later I found my Grandad used to play and he got me one for Christmas that year.

Kieran- Always had an interest in guitars due to the music I was brought up listening to.

Elliott - One of them frog shaped guiro things.

Phil - Had an upright piano in the house as a kid. Wouldn't say I fell for it but I could play a few Christmas carols.

Dylan - I used to play a mini keyboard. I taught myself ‘happy birthday’, and that kept me going til I was about 10.

Matt - I was very much into punk rock or pop punk and it still slightly dictates the way I play now.

Kieran- A combination of Classic Rock and 00’s rock such as Deep Purple through to Kasabian.

Phil - A Strange mix really, some that come to mind are most Classical Composers and MCR.

Dylan - I liked Elvis Presley and Cat Stevens mainly, anything my parents listened to.

Matt -Anthem part 2 by Blink 182. Purely for the amount of times I’ve imagined myself playing it.

Kieran- Definitely Muse- Plug in Baby as it’s one of the best guitar riffs I’ve ever heard!

Elliott - The Horrors - Sea Within a Sea.

Kieran- No real rituals but I always use yellow guitar picks whenever I play, they’re all just scattered around my house.

Phil - Generally have a massive hangover but that's mainly coincidence I reckon.

Dylan - Record myself on my voice notes on my phone and play it back. Helps me remember and it’s easier than writing it down.

Matt - Easy Life, Inhaler and Stereophonics are who I’m listening to at the moment but Blink 182 has to be my all time fave.

Kieran- Currently been listening to a lot of Foo Fighters, Nothing But Thieves and was recently introduced to a band called Peace and enjoying their catalogue.

Kieran- Muse without a doubt!

Dylan - Arctic Monkeys or The Strokes.

Matt - Probably writing music that people enjoy but when you play them live the thrill you get when the crowd is singing them back to you.

Kieran- The experience of playing your music live has got to be the best part and hearing a crowd sing lyrics back for sure.

Elliott - Being in a band.

Dylan - Getting to sing at the top of your voice and no one telling you to shut up.

Matt - Probably the fact you can only control a few tiny things like writing the music. You have a clear goal but the only way from A to B is if anyone besides yourself is interested.

Kieran- The endless cycle of falling in and out of love with written progressions and melodies.

Phil - Carting a load of heavy sh*t about.

Matt - Learn how to play in time!

Kieran- Try to make sure write and record every idea down, you’ll be surprised what you might use in the future!

Dylan - You’re only as good as your last show.

The Silver Bars' new single 'The Morning' is available to stream now. Check it out in the player below.

The Silver Bars · The Morning