Getting To Know... Silver Cup

Getting To Know... Silver Cup

Their new single 'Annabel Lee' is out now 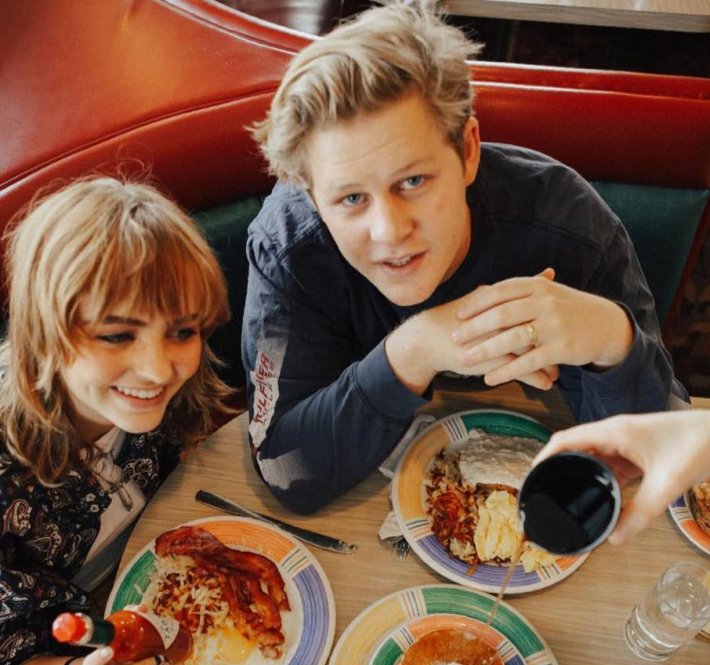 Following on from a wealth of fresh and captivating releases this last year, US duo Silver Cup recently returned to deliver their uplifting new cut 'Annabel Lee'.

Channelling a broad and sweeping indie-pop direction throughout, 'Annabel Lee' makes for a wonderfully euphoric return. Bringing back a light and soaring groove, mixed with their own playful demeanour throughout, it feels like they are firmly on their way to beginning one of this year's best loved new names.

So with the new single available now, we sat down with them to find out more about their background and what has been inspiring them most over the years.

Hadley: The first instrument we fell in love with was for sure our voices. Both Logan and I were singing on stages as young as 6 or 7.

Hadley: I listened to Foster The People’s “Torches” a bunch when I was younger. Mainly because that’s what my older brothers were listening to nonstop.

Logan: I loved pop-punk. It’s kind of coming back to which is wild to me. The first album I purchased with my allowance money was “Swing, Swing” by The All American Rejects. I know, I wish I was listening to Kid A or something. I was 7! Give me a break! Haha.

Logan: I didn’t know that. Seriously? Like allowance money?

Logan: Geesh, mine was a jewel disc. My first album was Brittany Spears “...Baby One More Time”. She was a big deal when I was a kid. “Email My Heart” hit differently.

Hadley: “The Less I Know The Better” by Tame Impala for the both of us.

Logan: I would have loved to have been involved on “Currents” in any way shape or form. That album is incredible.

Logan: We draw on the studio wall, we listen to vinyl records till a sample calls our name. From there we just write off what inspires us. This new track we have coming out was about fake friends and insecurity. That was inspired by just the chords and what they were telling us.

Logan: Silk Sonic…. “Leave The Door Open” is on repeat! That album is gonna be incredible. I’ve been listening to a lot of Daft Punk, The Roots, Madlib, and Serena Isioma.

Logan: I think we would mesh on tour with Phantogram really well. Similar backgrounds/music tastes, ya know?

Hadley: Yeah, but honestly anybody I previously mentioned. That would be awesome.

Hadley: Making music that reflects my thoughts. I have always been singing other people’s thoughts in covers or other productions. These are mine.

Logan: Deadlines. If it was my choice and we weren’t trying to make more opportunities with this. I would honestly be holding on to stuff till the right time.

Silver Cup's new single 'Annabel Lee' is available to stream now. Have a listen to it in the player below.

2 hours 21 min ago With their highly-anticipated debut album now less than a month away, easy life have now unveiled

5 hours 21 min ago Following on from the huge success behind their debut single 'Echoes' earlier this year, fast-ris