Getting To Know... Slopes

Getting To Know... Slopes

His debut single 'Prove Them Wrong' is out now 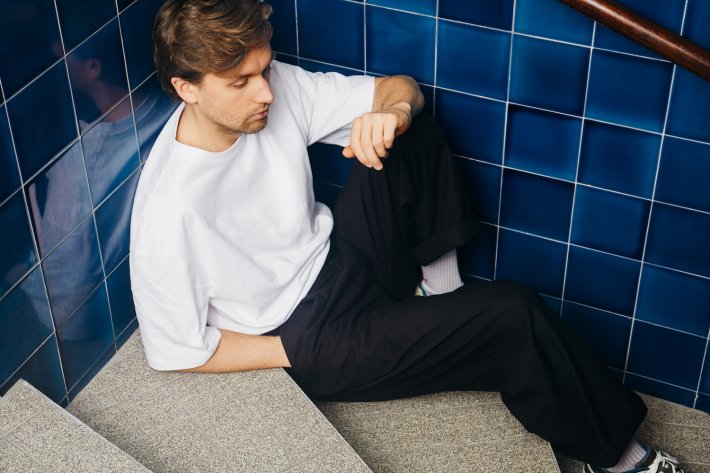 After making his mark as one half of multi-platinum production duo Skinny Days in previous years, singer, songwriter and producer Dag Holtan-Hartwig aka Slopes has now delivered his uplifting debut single 'Prove Them Wrong'.

Showcasing himself as a bold and effervescent name emerging right now, 'Prove Them Wrong' sees him make one hell of an introduction! With his fresh and lilting vocals layered amongst a broad and thunderous production, it certainly feels like he is off to a stellar start with this one.

I fell in love with my dad’s acoustic guitar. He would sit down and play once in a while, and it sounded magical. He still plays sometimes and although he’s not a technically skilled guitarist, I still think there’s something about the way he plays that’s really captivating.

I listened to my parent’s music which included a pretty wide range of stuff, but I remember A LOT of The Beatles, Simon and Garfunkel and several Norwegian folk artists. As I grew older, I sort of unintentionally worked my way through the decades. A-ha and Depeche Mode, then Nirvana and Jeff Buckley, then Muse, U2, Coldplay, Kanye, Gorillaz, Sigur Ros and eventually I caught up with my own time and started living in the present.

Hunting High and Low by a-ha.

The Champions League Anthem! What a banger!

Because I’m in the studio every day working on new music, my favourite sound when I get home silence. However, lately I’ve gone back to my high school years and listened to a lot of jazz classics. In a Sentimental Mood by Duke Ellington, The Moon is a Harsh Mistress by Radka Toneff and Corcovado by Stan Getz is always sure to make me relax.

Two things spring to mind: Self therapy and Flexibility. Self-therapy because I have to really listen to myself and everything that happens inside of me to create anything remotely good.

Being a musician is amazing when things are looking up. When you hear your own music played in stores and on the radio and in pubs and clubs, through windows on summer evenings, maybe with a party of girls yelling your lyrics out into the summer air, when people tell you how they’ve used your song to get through rough times or perhaps through a pandemic or whatever, and the money is ticking in. And of course, during those periods, when things are going really well, you’re starting to feel like a bit of a genius. But then when you get a bit of dry season, and things aren’t going as well, that self-image comes crashing down and you start wonder if perhaps you just got lucky those other times, or perhaps you’ve lost your touch. That’s the frustrating part.

Finish your songs and move on.

Slopes' debut single 'Prove Them Wrong' is available to stream now. Check it out in the player below.

5 hours 49 min ago With their eagerly-awaited new album now less than a month away, A Place To Bury Strangers have n

51 min 25 sec ago Having spent the last few years building up his repertoire of sweet and sweeping delights, US sin