Getting To Know... So Kindly

Getting To Know... So Kindly

His new single 'The River' is out now 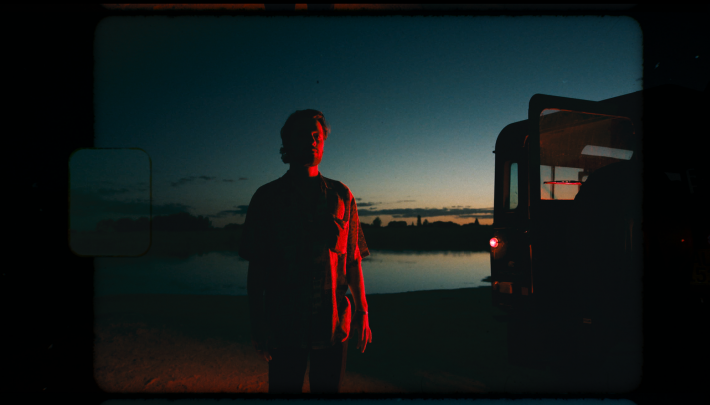 Since first breaking through with his terrific debut EP 'Warmest Place' in 2017, emerging singer and songwriter So Kindly has been hard at work establishing his uniquely smooth sound, and now returns with his latest shimmering effort 'The River'.

Channelling the same atmospheric direction as The xx, 'The River' makes for a wonderfully warm listen. Filled with sensual tones, laid-back production, and his own captivating voice mixed throughout, he is certainly destined for big things in the years ahead.

As cliche as It may be, I would have to say the guitar. I started playing the drums before I started on the guitar, although I didn't fall in-love with the drums in the same way. The guitar allowed me to start expressing myself through songwriting which is actually where the real love was.

I guess much like most kids you listen to what your parents and siblings are listening to until you start to develop a personal taste for the music you like. But I grew up listening to some really great artists like: The Eagles, Rodriguez, Phil Collins, Dire Straights and who could forget the man himself Robbie Williams. Those artists remain timeless to me. Their songwriting was so well crafted and continues to inspire me in so many areas of my own music.

It's probably quite an embarrassing answer but, I remember my mum brought me Will Smith’s “Switch” on a CD single. I listened to it so much that day she came back into my room and told me to stop because the CD only had a certain amount of times it can be played before it breaks. Thinking back Im not sure how truthful that was!

Wow there are so so many to choose from here. A friend actually hit the nail on the head recently when asked the same question. “Don't look back In anger” by Oasis was his answer and I think I agree with him. Something like that or “Romeo and Juliet” by Dire Straights. It's too hard to choose.

I don’t particularly have any that are worth mentioning. I do struggle at times when It comes to writing new stuff. My strategy is to just force myself to write no matter what is coming through, even if it's not working. I have to just be writing constantly and then normally around day three or so something comes and I am ready to receive it and run with the idea. Once I have an idea I am keen on I tend to become obsessive over it and just work tirelessly on it. I guess my ritual is to just be putting in the time and effort until something that I like comes along.

I am a huge fan of Mumford and Sons (as are most people in this world.) I listen to a lot of Lumineers, I really love Billie Eilish’s vibe. I also really enjoy Rainbow Kitten Surprise (Mostly for their Lyrics).

Probably George Ezra, just because I feel like the energy of that crowd would be so pure and happy already. I feel like anyone that goes to watch him would be looking for a good old time.

For me It has to be the writing process. Like I said earlier when I stumble upon something that I like when Im writing there Is no other feeling like it in the world. It feels like that is exactly who and where I am supposed to be in the whole universe at that moment.

I think it might be all the behind the scenes business work that has to go into a career in music. Im not shy of working hard but, It's just frustrating that I cant spend every waking minute writing. Its a business at the end of the day and I have to be my own boss at times, and no one likes their boss!

It wasn't given personally, but I saw a video of Ed Sheeran talking about songwriting being like a tap in an old house. You have to run the tap for a while to let all the dirty water pass and eventually the clean good water comes through. Which has basically shaped how I perceive songwriting. You just have to write and write and write through all the bad songs and eventually the good stuff will come along.

So Kindly's new single 'The River' is available to stream now. Check it out in the player below.

So Kindly · The River

6 hours 31 min ago With his highly-anticipated new album dropping early next year, Miles Kane has now unveiled the n

6 hours 25 min ago Just when you think the indie-rock scene has reached peak saturation, an artist comes along and f