Getting To Know... Sofia Ford

Getting To Know... Sofia Ford

Her new single 'Big Deal' is out now 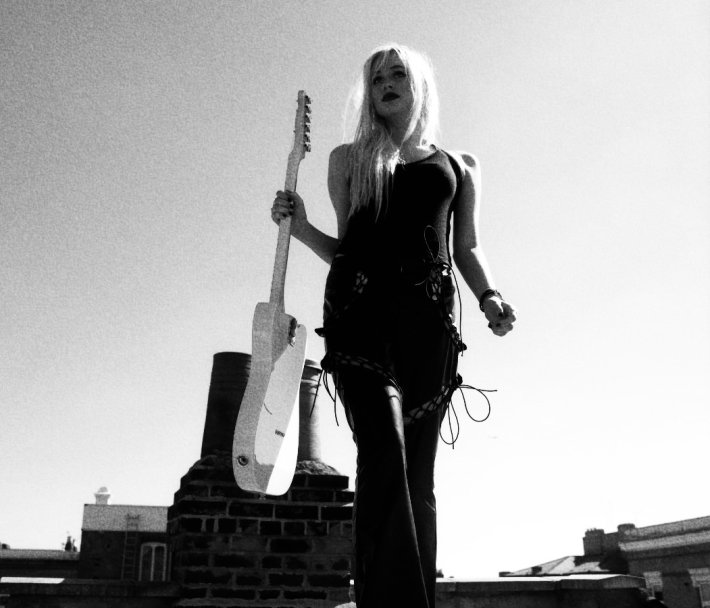 After cementing her sound with a rip-roaring array of gems these last few years, fast-rising Brighton-based Londoner Sofia Ford is back on the grind once again with her blistering new effort 'Big Deal'.

Bringing back more of that raw and driven alt-rock aesthetic she is known for, 'Big Deal' showcases her as a wonderfully passionate name emerging on the scene right now. Brimming with fresh and exciting textures, a solid groove, and her own distinctive vocals at the helm, she is definitely a name worth keeping an eye on for the future.

Guitar all the way. I definitely received a good music education from the moment I was born with my dad playing me music in the car. My dad has always played guitar in his spare time and it was always an instrument I resonated with the most. When I had just turned 7 he taught me my first chords and I picked them up straight away. It came super naturally to me and from then on I taught myself the rest.

I’ve always loved 90s rock music, that was the music my dad was always into and I definitely got his taste. Anything that was Rocky and featured a lot of guitar I loved.

The first album I remember owning was either Oasis or Taylor Swift! Haha two very different ends of the spectrum. I've always been into oasis since a child but I also thought Taylor swift was very cool, a clever artist and business woman and a brilliant songwriter.

This is such a hard question because I have sooo many answers! I think any British anthem would do, a song that really gets people singing along. Anything by Queen or David Bowie or Don’t look back in anger by Oasis that’s a tune!

I don’t particularly have any habits or rituals for me it’s more about feeling inspired. My best songs come from personal experiences when I am really feeling something, if that’s the case I can write a song within 5 minutes and those are usually my best.

I have a LOT of artists I enjoy listening to and although my taste is predominantly rock centred I love listening to all kinds of music . At the moment I have been enjoying artists like Sam Fender, kacey musgraves and the Cocteau twins.

If I could open a show for anyone at the moment it would probably be Ed sheeran. Even though our styles of music are different I think he brings amazing stage presence and energy not to mention the fact he can own a stadium by himself using a loop pedal. He also seems like a really nice guy.

For me there are a few rewarding moments that make me love music. One moment that stands out to me is when I have finished writing a song and I get to produce it. A while ago I had a few negative experiences with producers and found myself constantly stressed as I wanted to write songs and then create it into the full version but found it frustrating having to rely on other people to do so. So I bought a Mac and taught myself on Logic pro and now I fully produce my own music playing all the instruments. It is the most empowering thing and when I have finished the demo I feel incredibly rewarded. I also love showing my band the songs and seeing Everything unfold from there , till the end process of performing, that has to be the best feeling in the world.

I think for me the most frustrating part is being a young woman in the industry. There are a lot of people who won't take you seriously and so it can be frustrating when navigating the industry. However this reason propelled me into taking a Music business degree which has actually really helped and made me less reliant on other people to understand how the industry works.

Even though it sounds cliche I think the best advice I’ve ever received is just believing in yourself it’s a hard industry and it doesn’t just get handed to you on a plate unless you have seriously good connections and a lot of money haha and so having that faith in yourself and drive to work hard has definitely helped me.

Sofia Ford's new single 'Big Deal' is available to stream now. Check it out in the player below.

10 hours 30 min ago With her eagerly-awaited new remix EP landing next month, Bess Atwell has now shared the next cut

13 hours 25 min ago After an astonishing run of form throughout his releases over the last decade, South African sing