Getting To Know... Sophia Prise

Getting To Know... Sophia Prise

Her new single 'Tripwire' is out now 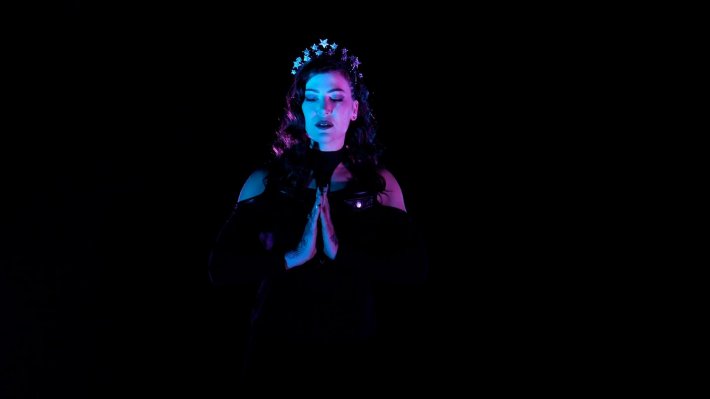 After spending the last few years delivering a stream of broad and atmospheric offerings, US singer and songwriter Sophia Prise returns once again with her next glittering gem 'Tripwire'.

Channelling a bold and sweeping synth-pop aesthetic for her newest release, 'Tripwire' makes for a wonderfully passionate listen from start to finish. Filled with brooding textures, soaring tones, and her own impactful voice layered throughout, she is certainly going to turn some heads with this one.

So with the new single available now, we sat down with her to find out more about her background and what has been inspiring her most over the years.

I fell in love with the piano around age 10 and taught myself Für Elise, then I learned how to play Smashing Pumpkins Melon Collie and the Infinite Sadness and performed that for my school talent show. That’s when my mom bought me a keyboard and started me on piano lessons. I got a little tired of practicing after a few years though, and switched to singing lessons with the same teacher.

Electronic music of all kinds. I’ve explored the house, techno and experimental scenes in Berlin (yes.. I got into Berghain, but there are so many other amazing clubs there too) and Paris (which I loved twice as much as Berlin!). I even had a radio show in 2013 where I delved into genres like IDM, witch house, Scandinavian pop, and even future bass when it was first emerging.

My first ever concert was The Smashing Pumpkins at age 11 and that began a huge barrage of outdoor rock festivals and arena shows in the following years. If they played on the alternative station, I saw them play live, it was constant. I saw artists like Radiohead, Beck, and almost suffocated in the mosh pit for The Crystal Method. But the bands I really wore out on my 5-CD disc changer were more pop-rock, like Green Day, No Doubt, and The Offspring. Then I fell in love with System of a Down just in time for those angsty later teenage years.

When I was studying classical music in Portland for undergrad, I discovered The Knife, and their addictive brand of electronic pop changed my musical world. It had to be the iconic song Heartbeats that blew my mind the most. Growing up I wouldn’t touch anything pop and wouldn’t be caught dead listening to boy bands or Britney Spears- but The Knife showed me pop music can also be creative, irreverent, impactful, and more. I would later find so much inspiration in Karin’s next project Fever Ray, whose debut tour is still one of the best live shows I’ve ever seen.

I really try to be experimental with my morning listening instead of listening to the same old favorites. These days I want to have my ears in every genre; I want to know what’s going on with music in general so I’ll listen to anything new coming out. This year so far I’ve loved releases ranging from Bicep, Wolf Alice, and J. Cole.

My whole last album was inspired by heartache during a toxic relationship and as it turned out, I didn’t want to release any of it after I’d finally freed myself. The album didn’t see the light of day because I didn’t want to immortalize what was actually a very scary time in my life- so these days I don’t write sad love songs, breakup songs, or any kind of angry relationship songs. This recent single Tripwire in particular was inspired by three separately disappointing men over time, but the experiences were comparatively lighthearted and I think, relatable. I keep lyrics less specific, more poetic and am more concerned with processing my own feelings than writing exposés.

I was hired as the lead singer for Grouch in Dub’s North American tour in 2019. The experience of singing headlining shows to thousands at big festivals in Costa Rica, Panama, and more really showed me that performing on big stages and handling music-making at a high level is actually my comfort zone. I thrived amidst traveling chaos, never forgot any lyrics even though the partying was constant and I had quickly learned all of the material before the tour started, and I had a total blast. It was very affirming though, that I really wanted to sing my own music more than anyone else’s, even if it’s on a smaller platform. It’s when I transmit my own ideas, lyrics and melodies to a crowd, no matter how small, that I have the most transcendent musical experiences.

Human Rights. I am an activist with Black Lives Matter and Extinction Rebellion, for example. I am appalled at the various atrocities our government perpetuates. Especially being raised in a working class household I care about things like a living wage. My parents worked really hard but still couldn’t afford health insurance- I don’t think anyone should die in the richest country in the world just because they can’t afford health care- it should be free like every other developed country. There’s a whole swath of interconnected problems but the stranglehold various corporate and military powers on our government halts the progress we desperately need. For example, the climate catastrophe caused by 100 companies that operate with impunity- I released a single and music video “Heart Race” in 2016 that honored the water protectors at Standing Rock and was a call to action to fight for our planet home. Not scolding or didactic, but igniting and inspiring, my next single and video (“MANIFESTENT”) furthers this work of art activism.

I love intuitive movement and improvisational dance, as well as aerial acrobatics, so I’d say dancer, but in a very woo-woo, experimental way.

Focus more on developing your craft by skill- building, than plotting your musical purpose and legacy. Your first album is probably not going to be your Magnum Opus, so just make it, learn from the experience, and play lots of shows and listen to a ton of live music connected to the kind you want to make. Your musical identity will come from these experiences far more authentically than any branding decisions you make from the jump. Also, don’t try to go it alone. Take it from someone who taught herself music production on Reason and tried to reinvent the wheel. Get a teacher, get guidance, take lessons in what you’re focusing on, whether it’s songwriting, arrangement, production, recording, whatever. You’ll save yourself a lot of time and confusion.

Sophia Prise's new single 'Tripwire' is available to stream now. Check it out in the player below.

1 day 8 hours ago After delivering their much-loved 'Kill Me' EP last year, Sundara Karma have now returned to unve