The band's new single 'City Lights' is out now 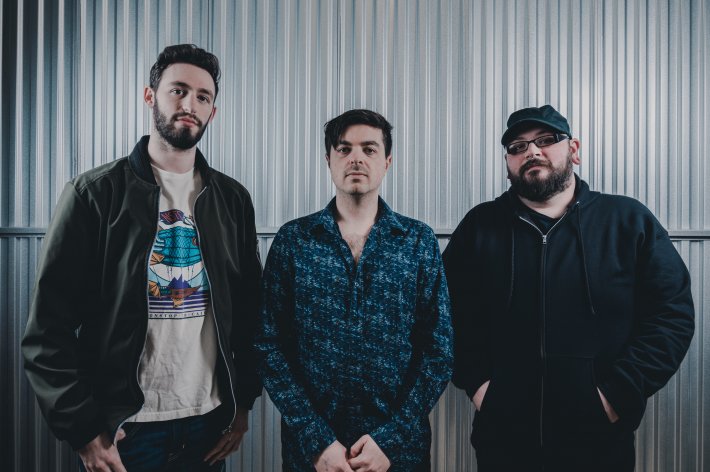 With a fond love and admiration for the classic sound of The Beatles and Led Zeppelin, Nashville-based outfit Spirits Republic look to blend their inspirations with a far more contemporary edge as they return to deliver their latest single 'City Lights'.

Injecting a sleek funk and blues swagger into everything they do, 'City Lights' looks to capture the broad and atmospheric majesty of their formative influences to deliver a fun and fresh slice of progressive alt-rock. Adding in a dash of 90s rock direction for good measure, this new offering was built for long road trips under the summer sun.

So with their latest release doing the rounds, we sat down with them to find out more about their earliest beginnings and what led them on this path to the music game.

Russell: Electric guitar, but followed second by saxophone (never got the hang of that one though).

Perry: Drums were definitely my first love followed by violin, saxophone, and then briefly piano.

Ricky: Bass guitar. Though I would say I’m a drummer at heart.

Russell: I would say the spontaneous uncertainty that comes with playing live music. Regardless of who I’m playing with or where, knowing that the music being created in that moment is one of a kind is what gives me the spark to keep practicing, writing, and pursuing a career as a musician.

Perry: I’d say my family. I don’t come from a very musical household, but my parents and relatives have always been super supportive and inspiring since the beginning.

Russell: I was really into all things rock and metal at a young age into my early teens. Green Day, The Offspring, Red Hot Chili Peppers, Avenged Sevenfold, miscellaneous hair metal bands (for some reason). Right before my 14th birthday, I discovered cannabis and Dave Matthews Band and that was the beginning of my love for jam bands and improvisational music (Phish, Disco Biscuits, Umphrey’s Mcgee, Grateful Dead to name a few).

Perry: As a teenager, I played in the pit for my high school’s theater club as well as my jazz band and a couple other talent show cover groups. That meant I was listening to everything from Broadway show tunes to funk, jazz, punk, and metal.

Russell: The first song I learned on guitar was TNT by AC/DC. Learning that song in its entirety inspired me to start learning more songs and I was hooked.

Perry: When I was 3 years old, my parents taped John Tesh’s Avalon concert on PBS and I’ve been hooked ever since. The expressions of pure joy he and his fellow musicians had on their faces made a lasting impression on me. If I had to choose a specific song from that concert, I’d have to go with “Roundball Rock,” which you might recognize as the NBA on NBC’s theme song from the 1990s.

Russell: I like to keep my mornings mellow, my go to’s are Grateful Dead, anything Motown, and Jazz (Miles Davis and Wes Montgomery are two of my favorites to listen to while cooking breakfast).

Ricky: Nine Inch Nails - Every Day Is Exactly The Same

Russell: I would say about 75% of my lyrics are written directly about people in my life or a reflection of my experiences with them.

Perry: I haven’t written any lyrics for Spirits Republic, but in the past almost everything I’ve come up with has been about someone or something I’ve experienced in my life to a certain degree.

Ricky: I’m not really a wordsmith... as you can probably tell.

Russell: I’m going to split this answer in two. First, hearing Spirits Republic on the radio for the first time was huge, a feeling I will never forget. I have to give an honorable mention to the time I opened for George Clinton and Parliament Funkadelic playing guitar with improvisational collective, Bright Dog Red. He is one of my musical heroes and being a part of that show was life changing.

Perry: Definitely being played on the radio multiple times within my first year of living in Nashville. That’s not something I was expecting at all.

Ricky: Many moons ago, a kid came up to me after I played a show and thanked me. They told me they’ve seen me play several times before and I inspired them to buy a bass and learn how to play. That was cool to hear.

Russell: I feel really passionate about travel. I am always itching to go someplace new and immerse myself in unfamiliar culture.

Perry: Outside of music, I’m a pretty big sports fan. I’m convinced I started playing drums as an outlet for my frustration from watching the Jets, Knicks, Mets, and Islanders lose all the time.

Russell: Honestly, I may have ended up in culinary school. I find myself improvising while cooking in a similar way that I do with music. I would never want to own a business, but I could see myself content as a chef.

Perry: If I weren’t a musician, I’d probably be doing something within the sciences. I used to really want to be either a paleontologist or a marine biologist when I was younger.

Russell: My advice would be to remind yourself every day your personal dream and where you want to be in your music career and write it down! Whether you’re writing new music, practicing or focusing on the band “business,” it’s refreshing to revisit your goals in your own handwriting and remind yourself why you put all this work into your craft.

Perry: My advice is to RECORD EVERYTHING. Even if you think it sucks in the moment, you never know how you might feel about it down the road.

Spirits Republic's new single 'City Lights' is available to stream and download now. Have a listen to it in the player below.

3 days 1 hour ago After delighting us with a warm and alluring array of releases these last few months, emerging ou