Getting To Know... Spooky Cool

Getting To Know... Spooky Cool

Their new single 'Only Colour' is out now 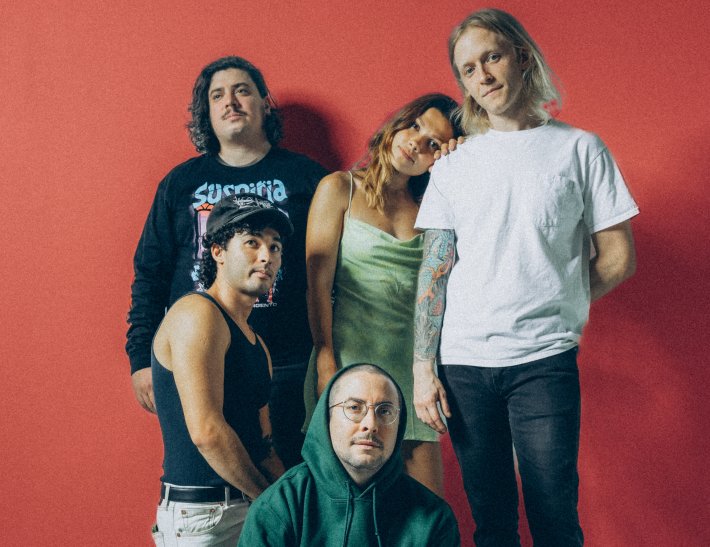 After cementing themselves with a bold and vibrant array of releases these last few years, as well as a recent support slot alongside Lucy Dacus, US outfit Spooky Cool return once again with their adventurous new offering 'Only Colour'.

Capturing more of that rich and inventive aesthetic they are known for, 'Only Colour' makes for a brilliantly wondrous effort. Filled with broad and experimental textures, a euphoric atmosphere, and distinctive production throughout, they are continuing their rise as one of the more compelling names on the scene right now.

So with the new single available now, we sat down with the band's Zac Hryciak to find out more about his background and what has inspired him most over the years.

We had a perpetually out of tune piano in my house when I was growing up that the entire family puttered with although no one was ever trained by any means to play it. I believe that’s where I first started writing songs, they were awful.

My father was a musician all his life so I was exposed at a young age to an abundance of music. I grew up a Beatles kid but I really loved Paul Simon and The Beach Boys as well. In middle school I stole Kid A from my brother and remember listening to it for the first time when sleeping over at a friend's house, alone in the dark on a Discman when I couldn’t fall asleep. That was a seminal moment for me.

When I was 14 I got my first record player and went to the local shop to get my first vinyl. I bought two: Bjork’s Medúlla and Speakerboxxx/The Love Below by Outkast.

There are a million songs I wish I had written but for brevity’s sake I’ll choose “Let It Happen” by Tame Impala.

I’m not sure that I have any habits or rituals I go through when writing. Generally, it’s precipitated by a moment of spontaneity unless I’ve had a melody or chord progression I wish to pursue. I do however have rituals when recording, especially vocals. In order to be in the right mindset I need three glasses next to me: water, whiskey and hot tea with honey.

Venues seem to struggle to find where to place us sometimes, I think people hear us and think we’re more genre fluid than we think we are so we’d be happy to open for anybody. Jokes aside, Stereolab came through recently and I thought “ that would have been a cool show to open”.

By far the most rewarding part about being a musician is when you see people reacting with real joy and admiration toward something you’ve written. I’ve been a great appreciator, I know the feeling of listening to something that takes my breath away, that makes me want to cry. I don’t know if I’ve done that for anyone or ever will but I know that if I did I would be unequivocally complacent.

The business facet. Especially as a relatively unknown act, the struggle to to be heard and seen. It sucks the creative air out of you.

I heard Greg Saunier of Deerhoof speaking on a podcast last year about bands who hold on to their music thinking eventually the best opportunity will come along, the providential opportunity that their “baby” deserves. He said something along the lines of that mentality being the primary cause of the demise of several bands that he’d worked with, either mixing or engineering. Essentially, he said to write and release, do your best to be prolific. It took Spooky Cool a long time to realise this, we sat on songs or recordings for great epochs as a band and it’s really only recently that we’ve made it a goal to just release as much content as possible as often as possible.

Spooky Cool's new single 'Only Colour' is available to stream now. Check it out in the player below.