Her new EP 'Relax With Friends' is out now 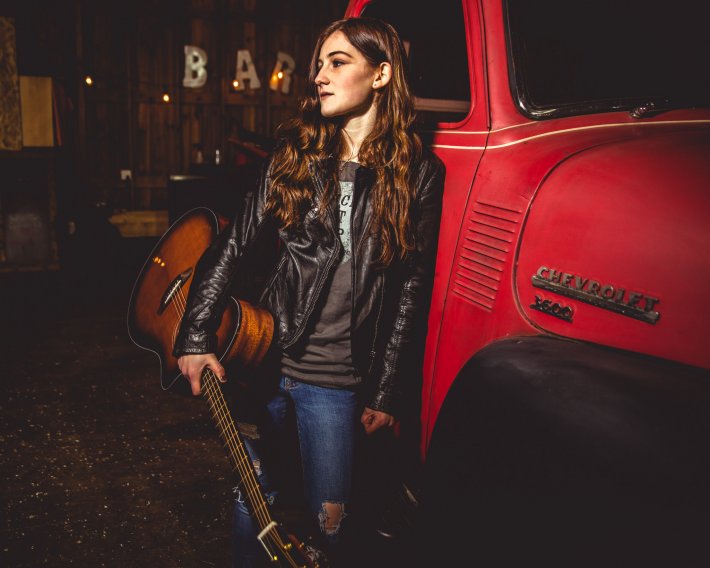 Despite only being 17 years old, fast-rising New York-based singer and songwriter Sydney Irving has recently returned to deliver her fifth EP 'Relax With Friends'.

Inspired heavily by the retro sound of acts like Tom Petty, 'Relax With Friends' makes for a wonderfully fresh and contemporary sounding listen. With its rich and rustic direction, powerful hooks, and her own mesmerising voice layered throughout, it feels like this prolific artist is heading for big things in the years ahead.

So with the new collection available to stream now, we caught up with her to find out more about her background and what has been inspiring her most over the years.

The acoustic guitar! I first picked it up because I loved Taylor Swift; especially her Red and Speak Now albums. I thought it was super awesome that she wrote her own songs and played guitar too. I think there is something really authentic about a singer songwriter and to me, an acoustic guitar feels like the perfect accompaniment to such raw emotion. I’ve been playing Breedlove acoustic guitars for the past few years and I absolutely adore them. I think they are the most beautiful guitars in the world.

If we’re talking toddler years, the DoodleBops take the cake. Honestly, there has always been music playing in the house, like my mom would play artists like The Ramones or Shakira and my dad would play greats like Willie Nelson and The Doors, all of which I have always really liked.

To tell you the truth, I don’t know. It was probably Jack Johnson. To this day, my family and I play him all the time on the stereo.

That’s a toughie! It would have to be either “Hard On Me” from Tom Petty’s Wildflowers album or “Prisoner” by Ryan Adams. I think the lyricism of both songs are on another level of incredible.

I write better when I sit on the floor, weirdly enough. I am also very superstitious about the notebooks that I write in. I like to put stickers all over them and tape flowers and stuff to the covers, fill it up with song ideas and then move onto the next one.

There is a band called Midland who just put out a new record called The Sonic Ranch that I have been playing over and over. I also really, really dig The Struts who also just released a new tune called “Low Key in Love” featuring Paris Jackson! Pretty groovy, baby!

Opening for Barns Courtney or Vance Joy would be wicked cool. I really admire both!

Putting the work in and then getting to see results feels very rewarding to me, like preparing for a live show and then having the show happen or putting together an album and then getting the physical copy in your hands after all the recording and everything.

Writer's block is definitely something I fall into from time to time which is always a little discouraging, yet when I finally get over it, it feels so satisfying to finish a song.

It would be from Ronnie James Dio. He said that every night, no matter if there are 10 people or 80 thousand people watching, always give it all because you never know if someone is there to see you for the first time.

Sydney Irving's new EP 'Relax With Friends' is available to stream now. Check it out in the player below.

13 hours 34 min ago Following up the release of her brilliant 2019 LP 'III', BANKS has now returned to share a brand

14 hours 24 min ago After cracking out a string of impressive offerings over the last few months, emerging US outfit