Getting To Know... Tarn PK

Getting To Know... Tarn PK

His new single 'Street Noise' is out now 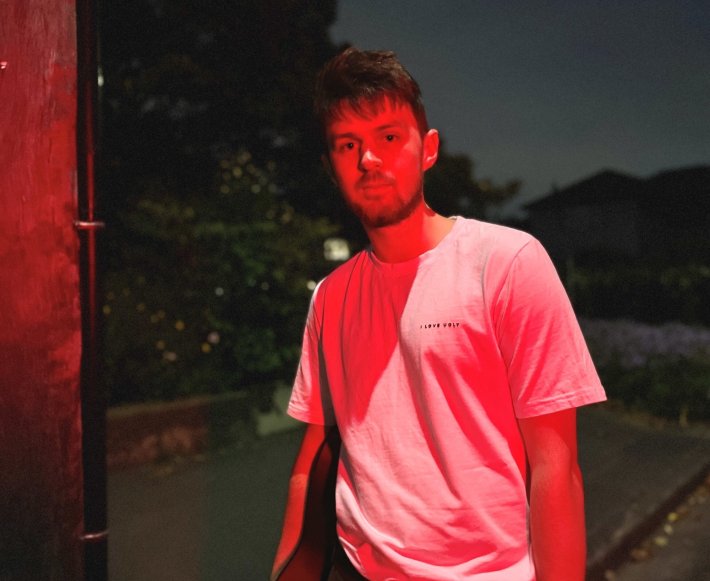 Channelling a wonderfully warm and embracing direction from start to finish, 'Street Noise' makes for a brilliantly vivid listen. With its use of broad and ethereal production, pulsing grooves, and his own captivating voice at the helm, he certainly looks ready to take on this new year with full force.

I started doing piano lessons when I was like 6 or 7. I did that until I was 14 and by that time I still couldn’t play four chords, so I decided piano was not for me. The first instrument I really fell in love with would be the drums. The drums have such an low point of entry, and you feel like you’re good from the start (even if you’re not) so you just keep going.

Honestly, I reckon I had very poor music taste when I was younger. I liked The Beatles and Bob Marley but beyond that it was very much just whatever was big at the time. For me it’s been quite the journey of developing my taste and widening my knowledge of music, which is so important in being an interesting artist and producer.

I don’t think I’ve ever bought an album, which is bizarre. I relied on my parents’ owning cd’s and by the time I was getting into music I would just find stuff on YouTube and then later streaming services.

Pink + White by Frank Ocean. The reason being I would never think to write a song like that, I don’t think it’s where my ear would naturally lean towards. I love that song and it would be cool if I’d made it!

I like to keep it open when it comes to music making. It’s important for me to keep it fresh and not too regimented. Scenarios come up and you need to be able to work in a variety of ways. I would say I have one bad habit, which would be leaving lyrics till last. This often means I have a lot of half-finished ideas and means sometimes things don’t match up as well if you go back and try to write the lyrics later.

Some of my favourites currently would be Pink Floyd, Genesis Owusu and anything by The Neptunes. I’m really enjoying diving into a certain artist for a day and learning everything about them and their music, it feels super rewarding to gain that deeper understanding.

Probably Bon Iver. He’s been one of the biggest influences in recent years and I just find his stuff hits me in a different place to everything else. In saying that, I would then be terrified to open for him, so maybe not!

Being able to create something new. Creating is such an exhilarating feeling and it’s not just limited to musicians but cooking or architecture, anything like that it’s just such a cool feeling.

Balancing your mentality around creativity can be really challenging. You have to become good at playing mind tricks on yourself so that you can keep coming from a genuine place and so you don’t become stagnant. Also accepting that sometimes you are just gonna make bad music and that can be hard to deal with.

I remember hearing someone say that the main measure of whether you should put out music is whether you love it or not. It makes life so much easier if you love your music, because it means how many streams and all those other external factors don’t matter as much.

Tarn PK's new single 'Street Noise' is available to stream now. Check it out in the player below.

9 hours 16 min ago With her eagerly-awaited new remix EP landing next month, Bess Atwell has now shared the next cut

12 hours 11 min ago After an astonishing run of form throughout his releases over the last decade, South African sing