Getting To Know... Teagan Johnston

Getting To Know... Teagan Johnston

Her new album 'Sentimental Ballad' is out now 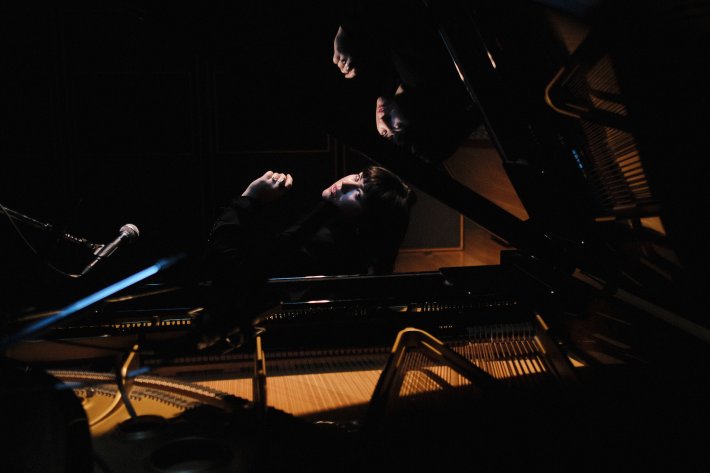 After originally making her mark as Little Coyote, singer and songwriter Teagan Johnston has now broken free of her formative guise as she delivers her spellbinding debut album 'Sentimental Ballad'.

Featuring the previously shared singles 'Blue Monday' and the more recent 'Get Out Of Town', 'Sentimental Ballad' sees her deliver a wonderfully powerful listen. Channelling the warm and wistful approach of acts like St. Vincent and Lucy Dacus, she sweeps and swoons across a flurry of piano-led offerings, conjuring a beautifully rich aesthetic in the process.

So with the new album available now, we sat down with her to find out more about her background and what has been inspiring her most recently.

The first instrument I fell in love with was the violin. I saw a girl play it when I was about 3 or 4 and I asked my mom if I could learn to play. We already had a piano though so my mom told me that I could play that instead and of course I then fell into a life long love with the piano.

I loved a lot of what my parents were listening to - lots of The Beatles, Beach Boys, David Bowie, The Cars, Tom Petty, Mamas and Papas. I think the first artist I really fell in love with on my own though was Avril Lavigne.

The first album I owned was a CD of Endless Summer by The Beach Boys.

There are so so many. One off the top of my head right now would be “I will survive” by Gloria Gaynor.

Not really no, it’s just me sitting at my piano. I guess isolation and usually a cup of coffee or a glass of wine at the piano would be two rituals of sort.

I find it really rewarding to see the things in my brain come to life in a physical, visual or auditory way I guess, I love seeing ideas and feelings become real.

The state of the industry.

The best piece of advice I have received as a musician was probably when I was 16 I was talking to a bassist from a band I really admired. It was after one of their shows and I was trying to tell him that I also made music but I went about it in a really really awkward way because I didn’t feel like I could just say “I am a musician.” I was saying things like “ya uh I like sort of make music too and like it.” Mid sentence he turned to me and just said “Hey if you want to be a musician, just start saying you’re a musician. No one can tell you you’re not.” So after that I just started telling everyone I was a musician and it just kind of came true.

Teagan Johnston's new album 'Sentimental Ballad' is available to stream now. Check it out in the player below.

5 hours 40 min ago With their highly-anticipated debut album arriving next month, MELTS have now dropped the next cu