Getting To Know... Temperature Falls

Getting To Know... Temperature Falls 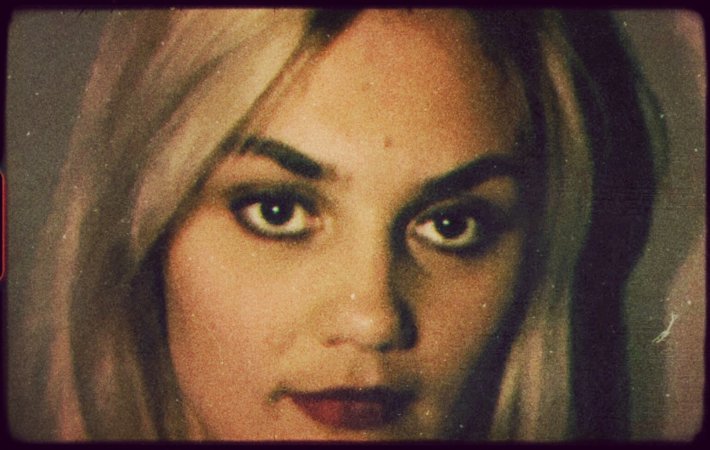 After establishing themselves with their eponymous debut album last year, Norwegian outfit Temperature Falls have now returned with their eagerly-awaited follow-up 'I Want To Go Where You Go'.

Channeling a mix of alt-rock and trip-hop influences for the release, 'I Want To Go Where You Go' sees them return in stunning style. Filled with a rich and textured atmosphere, sweeping direction, and some soaring vocals from frontwoman Camilla, this new full-length is a fine return to form.

So with the new album available now, we sat down with Camilla to find out more about her background and what has inspired her most over the years.

For me it was definitely the guitar. My dad has always been really good on the guitar and I remember I was so fascinated when he was playing. Every night I want to bed he had a guitar concert for me. This from when I was born til I probably moved out.

My inspiration must be that the music makes me feel good! Makes your mind kind off disappear from the day to day life. It also make me dream and feel. It’s amazing how powerful music is, and I wanted to do the same. Create music that can make other people feel the as I do!

As a teenager? Oh my. This was probably the first time I discovered that it was other music out there than Britney Spears. I discovered Metallica and I became a huge fan of them for years!

My inspiration must be thy the music makes me feel good! Makes your mind kind off diapers for the day to day life. It also make me dream and feel. It’s amazing how powerful the music is, and I wanted to do the same. Create music that can make other people feel the as I do!

Ian discovered Phoebe Bridgers for a few months ago, and we absolutely became big fans of her music. Especially motion sickness. I think we been listening to it a thousand times. I like her as an artist as well, kind off different than anyone else. That is something I always like in artists, who just are them self and making the music they want to make.

I think almost every song we have is inspired from our own life and people we know. It’s not always a exact story, but inspiration from loads of situations in our life. We both are sentimental human beings and feel high on happiness but also very low when something bad happens. But I think that is a good quality when you can transfer that into music.

This has to be Ians Story - in his last band ‘Number One Son’ he was playing at Rock City in Nottingham . the dressing rooms backstage where in a basement or ‘Labyrinth’ as he described it :) he got lost on the way to the stage - ended up in a boiler room, couldn’t find the rest of the band - a true ‘Spinal Tap’ moment!

That is so difficult!! it would have to be a band we both adore - special mention to The Kills but i think we would have to go for Sylvan Esso.

Oh. That is a difficult one. I really don’t know. But what I do know and what I been learning after life experience is that I would do something that I love to do. Because life is really to short to just do stuff you hate. I would have used more time to figure out what would make me happy.

The best peace of advice must be to accept that you have bad days where you can’t get anything done or what you do is just not good enough. That happens. The clue is to not give up and have people around that can motivate you and keep you going! The most important if you want to fallow your dreams is to never give up. Motion and good and honest people is important in your life to reach that goal. And remember. Not everyone is going to like your music, because music is very personal for every single one of us! Just keep going and create what you really want to create!

Temperature Falls' new album 'I Want To Go Where You Go' is available to stream and download now. Have a listen to it in the player below.

Temperature Falls · I Want To Go Where You Go

3 hours 19 min ago Following on from the release of their much-loved 2018 LP 'Resistance Is Futile', Manic Street Pr