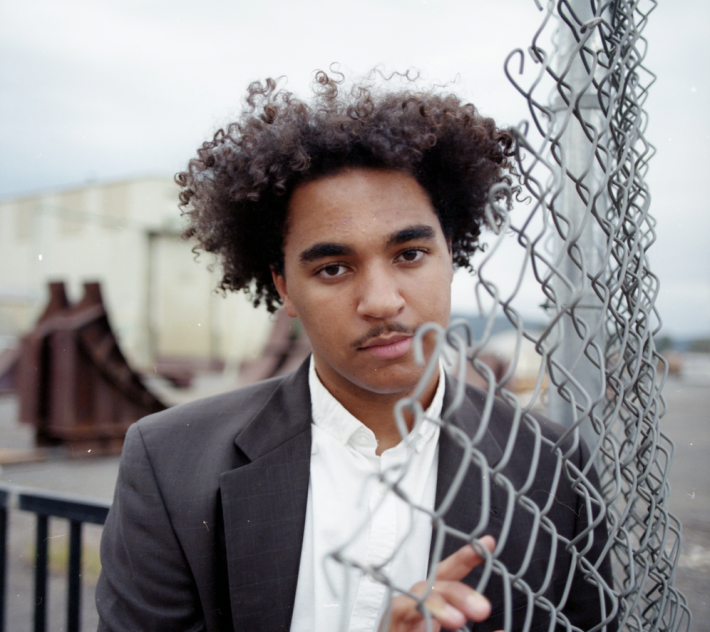 With his highly-praised new album 'My Sister Is My Michael Jordan' available to stream now, emerging rapper Tristtan now looks to highlight the record's main focus by sharing its title-track.

Paying appreciation to the woman in his life; his sister, mother and grandmother, who all helped to raise him and mould his morals and values, 'My Sister Is My Michael Jordan' is a rich and vibrant offering in the rapper's catalogue to date. Channeling the bright and breezy hip-hop flow of the late 90s and early 2000s, his newest release is a fresh and pleasing return for the artist.

So with the new jam available now, we sat down with him to find out more about his origins and what has inspired him most over the years.

Guitar, because it can be used in just about any genre and is one of the most versatile instruments. I’m still learning how to play and it’s been a rather long process, but I fell in love with the sound at a young age listening to lots of alt rock as well as more unplugged acoustic music! Personally, I love the dirty and untamed sound of an electric guitar more than anything especially in a ballad like song setting it’s the best.

I started music to heal the pain of others and that’s my biggest inspiration and motivation. My dad was pretty broken up about his relationship with my mom falling out, although it was more his fault than anything. As a kid though I still held a lot of my innocence and would try to write songs to convey how great I thought he was and about how things would get better. Eventually, the songs became about my own pain and my mistakes but I still strive to be relatable in order to give my listeners a friend who understands their struggles. I only do music because I love others so much and my music puts smiles on faces no matter the context which is something I only know from experience. I don’t really understand it yet, but I know it’s something about my raw and emotional sound that touches people! I know my music feels real because it’s not perfect but more “as is” if you will, which isn’t a product of laziness but rather intent. I use solely my own life experiences and emotions to create these songs right now. I feel like love and anger are what are most forefront as far as the new tracks on ‘My Sister Is My Michael Jordan’ go.

I loved rap and only rap coming into high school. Odd Future was huge for me and like many others they actually inspired me to move forward with my dream of music. Before them I didn’t see it as an attainable career for myself. I really liked crazy and conscious rap though like just anything that was provocative or pushing the envelope. I wasn’t much into trap music at all, but have been further introduced to it’s appeal and the important balance of both concepts and sounds as a whole. Playboi Carti was a huge inspiration when it came to seeing music as more than just fancy words and flows, but also more simply a vibe which sounds kinda weird but sometimes that’s all it needs to be. I also was really attached to the group ‘The Ink Blots’ which is a very old showtunes type of group!

I think when I was 8 was the first time I heard ’Suga Suga’ by Baby Bash and for some reason that song just made something click for me. The smooth melody with the soft confident flow from Baby Bash really just allowed me to see myself and I thought I could make as song like that so I just went for it and started writing and free styling as a little kid.

I love beabadoobee as I feel like she just encapsulates like this classic 2000’s rock vibe so well and I like dancing to her music a lot too! I have been listening to Amine a ton, because he is from the hometown and his progression has been unbelievable. It's amazing to watch and hear. I really enjoy artists like Infinite Bisous and Zack Villeres when I need to just calm down and chill out. I also have been on Dominic Fike for awhile now! Pop Smoke has been super nice to listen to lately too R.I.P. way too soon that guy went he had a great career ahead of him!

About 80% of my songs are about girls I dated and how sad I was when we broke up…which is honestly something I wanna be done writing about! That's why with my new album I tried to focus on family and the goals I want to achieve rather than just being weary and sad about old relationships. My family has molded me so much as most do to each other, but I also understand how lucky I am to have the support system I do so I wanted to make sure they understood that.

I was able to freestyle to Kevin Abstract a few years ago outside of his solo show in Portland. People were all hyping me up and he thought it was cool which really boosted my confidence and then a clip of it actually ended up in his show on Vice which was just fascinating to me! I didn’t see that night going that way at all, but I was really proud of myself for putting my ability out there and having confidence to do so!

I love Design! I’m studying Product Design at college right now in hopes to work in apparel design somewhere one day! Truly though furniture design is my main passion as I want to create furniture that really highlights spaces and draws people in. I wish I had more places with cool stuff to hangout as a kid so I hope my furniture can just provide spaces to chill for some kid like me!

I think If I wasn’t a musician I’d probably be a lawyer! As boring as that sounds to some people I used to think it was a really cool profession. I wanted to help people, that's the whole foundation of who I am and really it’s why I do anything to be honest. I wanted to keep good people out of jail or support victims in their time of need.

Just be true to yourself no matter what type of music you make, because people can hear that especially people who relate to you. Of course you're gonna wanna get that big hit off, but I promise if you just be honest with every song the one that blows up will feel so much better because it’s actually you and your story you put out, not some calculated fake front that you think will get attention.

Tristtan's new single 'My Sister Is My Michael Jordan' is available to stream and download now. Have a listen to it in the player below.

5 hours 53 min ago Following on from the release of their much-loved new album 'Dreamland' earlier this year, Glass

8 hours 47 min ago With her recent single 'Thinking Of You' currently storming the streaming sites, racking up more