Getting To Know... Unfamiliar Things

Getting To Know... Unfamiliar Things

Their new single 'Most People' is out now 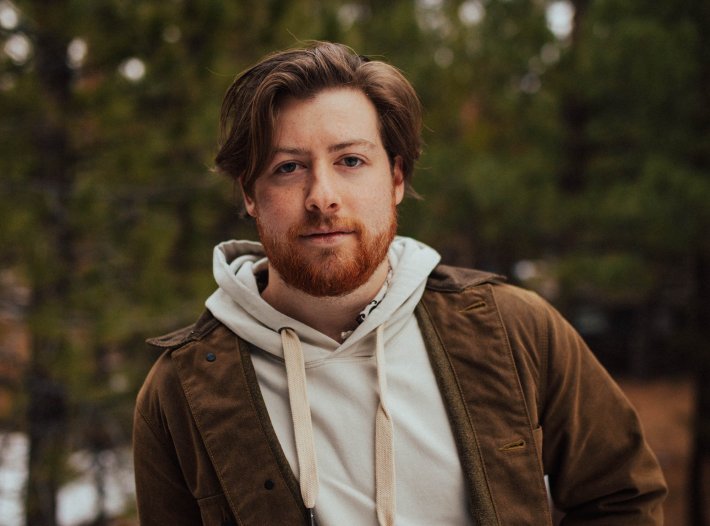 After breaking through with their much-loved initial offerings 'Marker (SR27 0.00)' and 'Alternate Words' last year, LA-based outfit Unfamiliar Things look to kick off their 2023 with the glittering new single 'Most People'.

Bringing the same bright and uplifting indie-rock direction as Death Cab For Cutie to their newest effort, 'Most People' makes for a wonderfully rich and enticing listen. Filled with warm and embracing textures, a soaring atmosphere, and killer hooks throughout, this new one will have you up and out of your seat in no time.

So with the new single available now, we sat down with frontman Matt Levy to find out more about his origins and what has inspired him most over the years.

Growing up there were always instruments around the house. We had saxophones, guitars, pianos, drums, trombones, harmonicas, violins and cellos abound. I dabbled in a lot of these instruments but found myself always drawn most to either the acoustic guitar or the drum set.

My parents were big fans of classic rock and always had some noise going which I am eternally thankful for. I also grew up doing musical theatre (which is where I believe the storytelling aspect of my music comes into play). However, when I became a teenager and started developing my own musical taste, I was hooked by The Decemberists. I loved that there was always something more to the music you were listening to. Their songs could at once have beautiful melodies and cool instrumentation but also stories upon stories within the lyrics. I also listened to the Fleet Foxes, The Eagles, and James Taylor quite a bit.

Well, there were tons of albums laying around the house, but the first album I remember purchasing for myself was Hazards of Love by The Decemberists.

I wish I could take credit for “Re: Stacks”. The first stanza demonstrates the depths of the storyteller’s despair in as few syllables as one could hope for.

I have an odd brain, where I hyper focus on very specific things. So the only true way for me to get music finished is to go into “album mode” which is much like a hibernation of the mind. At this point, my wife takes over scheduling so I can have some semblance of a social life, and my family may be concerned for my well-being. Luckily, this hyperfocus means that I move pretty quickly. I went into “album mode” for the Unfamiliar Things LP in November, and I’m looking to wrap at the end of February! I also work in music production for TV shows (The Voice, American Idol, Dancing With The Stars) and so I try my best to schedule this mind-hibernation in between those shows so I’m not too disturbed by outside influences.

I’d say I have a pretty consistent rotation of Hozier, Death Cab for Cutie, The Decemberists, Mipso, Typhoon, Bon Iver and The Arctic Monkeys playing at the moment.

This is tough, but probably The Decemberists since there’s a theatrical element to our music.

I write music that I wish other folks had written. I think it really is that simple. When I write a song, I wish Hozier had sung it or The Decemberists had played it or that Justin Vernon had produced it with his signature stacked vocals. The rewarding part is throwing your own music in a playlist mix of your favorite artists and hearing where it fits within the ethos of the musical world. It is extremely rewarding when you listen back to back with your favourite artists and you genuinely believe your music holds up.

Easy… trying to explain to people that my music is worth listening to.

"Just let it go, man.” I’ve heard this from various people throughout the stages of my life, and the message is generally the same. Let the song have its own identity and just let it go. I’m the only one who will cringe when that word comes in a little too loud or the hi-hat sounds a bit too muffled. Really.

Unfamiliar Things' new single 'Most People' is available to stream now. Check it out in the player below.

11 hours 5 min ago Following on from the release of his highly-praised 2020 LP 'Shortly After Takeoff', BC Camplight

14 hours 8 min ago Having already found huge support for his run of releases over the last few months, progressive a