Getting To Know... Yes Please

Getting To Know... Yes Please

The band's new single 'Susie' is out now 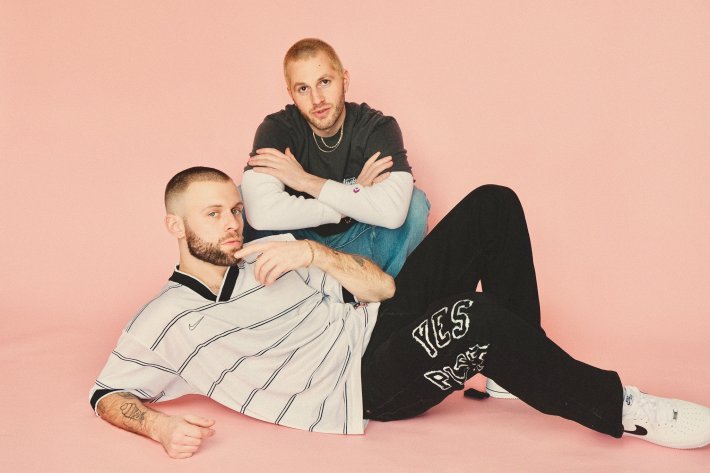 Having already garnered support from the likes of tmrw magazine and Lyrical Lemonade, as well as being named as a "One To Watch" by Zane Lowe, the collaborative project from production/artist duo apob and Matt Miggz aka Yes Please are now back to continue their solid rise with their woozy new single 'Susie'.

Bringing that same blissful and laid-back psych-pop aesthetic as Glass Animals and Toro Y Moi, 'Susie' is the perfect accompaniment to banishing those lockdown blues. With its fresh and uplifting tones, coupled with their own honey-soaked vocals, this breezy new jam just might become your favourite new song of the moment.

So with their name beginning to rise faster than ever right now, we sat down with both of them to find out more about their earliest origins and what has inspired them over the years.

Matt: Drums were my first love. I always thought the drummers of every band were the coolest people in the band so I gravitated towards that.

apob: Drums but my parents refused to get me a drum set because they thought it was too loud. I learned the piano first, then the trumpet and then the guitar as well. My lungs collapsed when I was 15 so I had to stop playing the trumpet and focused on guitar.

apob: The simplicity of iconic guitar riffs and basslines of Motown, funk and rock music. Bernard Edwards and Nile Rodgers are some of my idols. The ability to make something so simple (in theory) integral to an iconic song was something I obsessed over at a young age and it’s also what got me interested in music production.

Matt: My past experiences and musical interests always shine through my stuff. Taking bits and pieces from artists/producers who I feel like are true to themselves throughout the music. That’s what I always try to do when I’m writing or working on a beat.

Matt: I was pretty much a hip-hop guy my entire life. In middle school I definitely went through a more punk/ska phase and was in a few bands as a drummer, but would eventually get back into rap primarily.

apob: Metal and Hardcore Punk mostly and then towards the end of high school I got more into rap and hip hop once I started making beats.

apob: Contrary to my last answer, I begged my mom for the Celine Dion – My Heart will Go On CD for Christmas. I thought that song was perfect; that was the first CD I ever owned. Then, in middle school, I would listen to the Misfit’s Famous Monsters album. I would put my ear up to the speaker and listen to just my favorite parts of the songs over and over – this is what got me interested in sampling -- how you could build out a whole new song out of your favorite parts of different songs.

Matt: Not a specific song, but when Drake first dropped So Far Gone. That was the beginning of being super honest and vulnerable in your music being cool, and even though I didn’t start making stuff right away, I made a mental note of it and was like - “Wow OK if this is where we’re headed maybe I can do something like that”.

Matt: Because I spend all my free time making music, I typically only listen to podcasts if I’m not working on stuff. I have definitely fallen off paying attention to all the new music, but if something undeniably fire comes across my radar I will probably play it on repeat until I’m tired of it.

apob: I usually watch YouTube videos on nerdy producer things and then start trying them out myself.

apob: Probably all of them. It’s hard to say but every idea is influenced by something that’s happened.

Matt: I would say 95% are about relationships I’ve been in, good or bad. A lot of my lyrics are self reflective and overly self-aware.

apob: 9th Wonder running into the room after I played a track or meeting Danger Mouse on my birthday. He’s one of my idols and was incredibly nice and humble.

Matt: All of the streams and attention has been great, but earning respect from peers in the music world that I admire has been really crucial and keeps me motivated.

Matt: Not to sound like that guy but this is pretty much all I do. I used to do a lot of music photography which is how I met a lot of people in the industry, but I’ve transitioned full time to making music.

apob: Music gear? Does that count?

apob: This is all I have ever really wanted to do, so if I suck I’m screwed.

Matt: I would probably still be a touring photographer and hustling that way.

Matt: I struggled a lot in the beginning of the lockdown, I was putting too much pressure on myself to create. Once I got off my own case I convinced myself to ease into it, get used to the new way of life, and not feel like I had to do something everyday.

Yes Please's latest single 'Susie' is available to stream and download now. Have a listen to it in the player below.

5 hours 29 min ago With a sound that looks to take influence from the worlds of afrobeats, dancehall and rap, Paris-