The band's eponymous debut single is out now 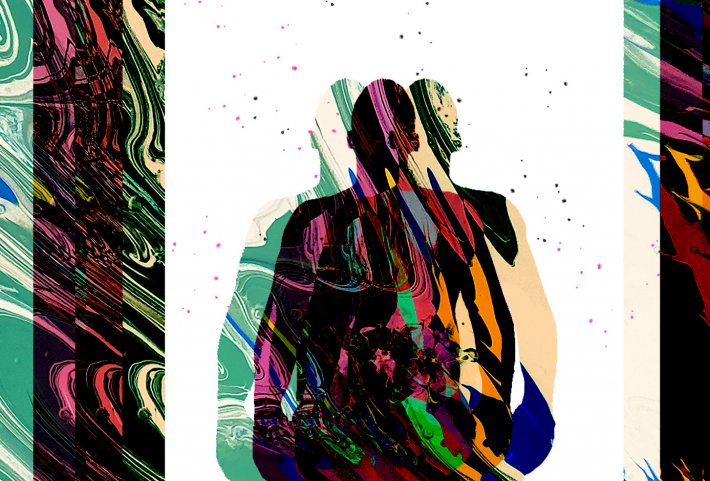 Having spent the last few years contributing to artists such as LEON, Grace VanderWaal, Jamie N Commons, Mondo Cozmo, Lime Cordiale and many others, musicians Ben Masters, Jeff Liffmann, and Max Benson aka YESICAN have now come together to form a whole new and exciting unit, led up by their eponymous debut single.

With its bright and shimmering aesthetic, 'YESICAN' sets itself as a bold and vibrant debut offering. With nods to the likes of Glass Animals and Animal Collective with its psych-pop flow, and filled with falsetto vocals, arpeggiated synthesisers, danceable beats, and vibrant jungle sounds, this new delight is the first taste of their highly-anticipated debut album, which is set to land in October.

So with their debut release giving us huge summer vibes right now, we sat down with them to find out more about their origins and what has inspired them most over the years.

Ben: The first instrument I fell in love with was actually the guitar. But I sucked at it. It really hurt to play.

Max: Bass. I went to LA with my dad when I was 8 years old and while we were wasting time in an independent record/cd store the cover of Higher Ground by Red Hot Chili Peppers came on. I was instantly excited by Flea’s opening bass line and knew it was an instrument I had to play.

Jeff: My parents said I used to sing Paul McCartney’s basslines when they played Beatles records in the house. But I also played piano one note at a time as a toddler.

Ben: My girlfriend and my dog. The pandemic. Basically life as it’s being lived.

Max: Having so much time on my hands. My brain just starts moving and I can’t help but create stuff.

Jeff: Other musicians. I really feed off the energy and wizardry of people way more talented than me.

Ben: First CD I ever bought was the Hanson record with “MMMBop On it”

Ben: It was a Beach Boys concert so probably “Good Vibrations.”

Max: As mentioned before, the Red Hot Chili Peppers’ cover of “Higher Ground”.

Jeff: I actually don’t listen to a lot of music. Definitely not first thing in the morning. Need to ease into the day before notes fill my brain.

Ben: Most of them are about people in my life. Maybe 30?

Jeff: A few. None are out in the world though.

Max: A few specifically. All have elements of people, things, events, etc that have occurred in my life.

Jeff: The mayor of Scottsdale, Arizona once made my band stop playing because too many people were calling him to complain.

Max: Sharing stages with my good friends all over the world.

Jeff: I too was on the business path. I’ve worked at an investment bank and behind the scenes in the music industry at an artist management and publishing company.

Max: I originally thought I would be a host/dj on a radio morning show. When I was in high school the only extra curricular I did was host a show on my school’s radio station.

Ben: Dave Grohl said something like, “Start a shitty band in your garage and suck for a while.” Do that!

Jeff: A wise friend once told me, “Write a song every day. Maybe once a week you’ll make something decent, once a month something good, and once a year something fantastic.”

Max: It’s cliche to say, but just have fun. Believe in yourself and put out what you like. If you like to listen to the music you’re putting out, I guarantee there’s at least one other person who would enjoy it too. Keep yourself happy and fulfilled.

YESICAN's eponymous debut single is available to stream and download now. Have a listen to it in the player below.

6 hours 47 min ago With his highly-anticipated new album set to land next month, Bruce Springsteen has now unveiled

7 hours 59 min ago Since hitting the number 10 slot in the official club upfront charts in recent months, emerging s