Her new single 'Out Of My Way' is out now 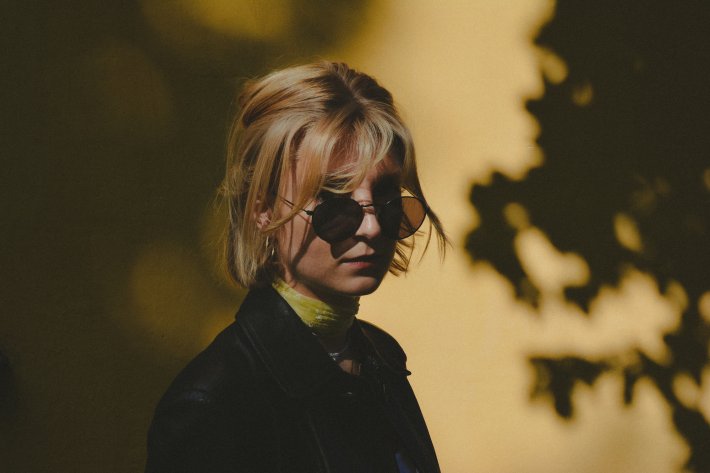 After delivering a bold and exciting collection of cuts throughout the year so far, Norwegian artist Yndling has now returned to unveil her next impressive offering 'Out Of My Way'.

Lifted from her forthcoming debut EP, which is set to arrive in the coming months, 'Out Of My Way' showcases her as a bright and forward-thinking name emerging right now. With its broad and spacey aesthetics layered effortlessly over her own spellbinding voice, she is certainly set for big things in the months to come.

I think the piano. I remember really wanting to play it when I was a kid, and tried to persuade my parents into getting one. It really could have gone both ways - I’d never even tried playing at all before they eventually decided to get one, and I’m not from a particularly musical family, so it could have ended up just not being used.

I listened to a little bit of everything - Paramore was quite big for me, as well as Arctic Monkeys with their «AM» album. Oh and I really had a thing for 30 Seconds to Mars haha. I also listened to Taylor Swift through her Country-phase, as well as Nirvana and Metallica, I was really just a little bit all over the place. I didn’t get into dream pop and shoegaze before later on, actually.

Growing up, I remember my parents listening to the likes of Billie Holiday, Nina Simone and Melody Gardot, and my mom especially I think was quite a fan of Susanna and the Magical Orchestra and Katie Melua. Katie Melua is the first proper concert I remember going to actually.

I really wish I could be cooler, but honestly I am pretty sure the first album I owned myself was the official CD for «MGP Jr», which is the Norwegian Junior version of Eurovision.

I actually remember making a song to try to participate with a friend, I think we were around 8 years old, and recorded it on one of those old cassette-things with a microphone her parents had laying around. My dad was going to mail it in and stuff, I was super excited, but someone stole our car, crashed it and wrecked it with the cassette in it. No one was harmed in the accident though, and let’s just say it wasn’t exactly a loss for musical history, I am quite sure that song was pretty awful.

More than one, I’ll assure you. But one of my favourites the last couple of years is Julia Jacklin's «Don’t know how to keep loving you». It’s raw and honest and really just one of my all time favourite tunes, both lyrics and music.

Not really. I mostly write on my guitar, record it with a vocal melody and work from there. Mostly it’s some sort of thought or feeling I’ve had for a little while, and I sort of get it out in a piece of music. I guess I try to be quite honest about what I want to communicate when I write, and I need to be alone to do it haha. I am really not a song-camp kinda person, I need my privacy - I think that’s the only ritual I have really.

I’ve been listening to the new album of Faye Webster quite a lot as of late, it’s such a good album for early autumn I think. She’s got this way with lyrics I really like, it feels unique and relatable at the same time, which is always a good thing. I’ve also had a The Smiths-phase as of late, which is also a good vibe for autumn.

I’d love to open for Beach House! I really love their sound, and they are a big inspiration for me. I saw them live a couple of years ago, and it was a really magical experience. They really know how to create an atmosphere and world around their music, and I left the venue feeling like I’d been transported out of my life for an hour and a half. It was so nice. I’d also love to open for Hatchie - you should check her out if you haven’t - it’s such a cool project, and they just seem like genuinely nice people.

I’m only just starting out, with «Out of My Way» being my third single, but now that things are opening up again and I’m able to play for an audience it’s crazy rewarding to see that people appreciate what I am making. I’ve never really thought of myself as a creative person growing up, and it is amazing to me that my music can resonate with other people. It really is the best feeling in the world.

It’s a lot of work that doesn’t necessarily pay off, and it’s sometimes quite hard to find a balance. Especially because it’s kind of an egocentric thing, you know just working on our own creative project, so I find it a bit difficult to take a break or weekend off. Also, through the whole process of writing a song, producing and recording it, it’s a bit difficult to keep that initial kick and feel like you’re making something worthwhile.

Not to take myself too seriously, and try to be kind to myself along the way.

Yndling's new single 'Out Of My Way' is available to stream now. Check it out in the player below.

12 hours 6 min ago With their eagerly-awaited new album landing in the coming months, Superorganism have now dropped

15 hours 11 min ago With a bold and blistering array of gems under his belt already, including the breakthrough anthe